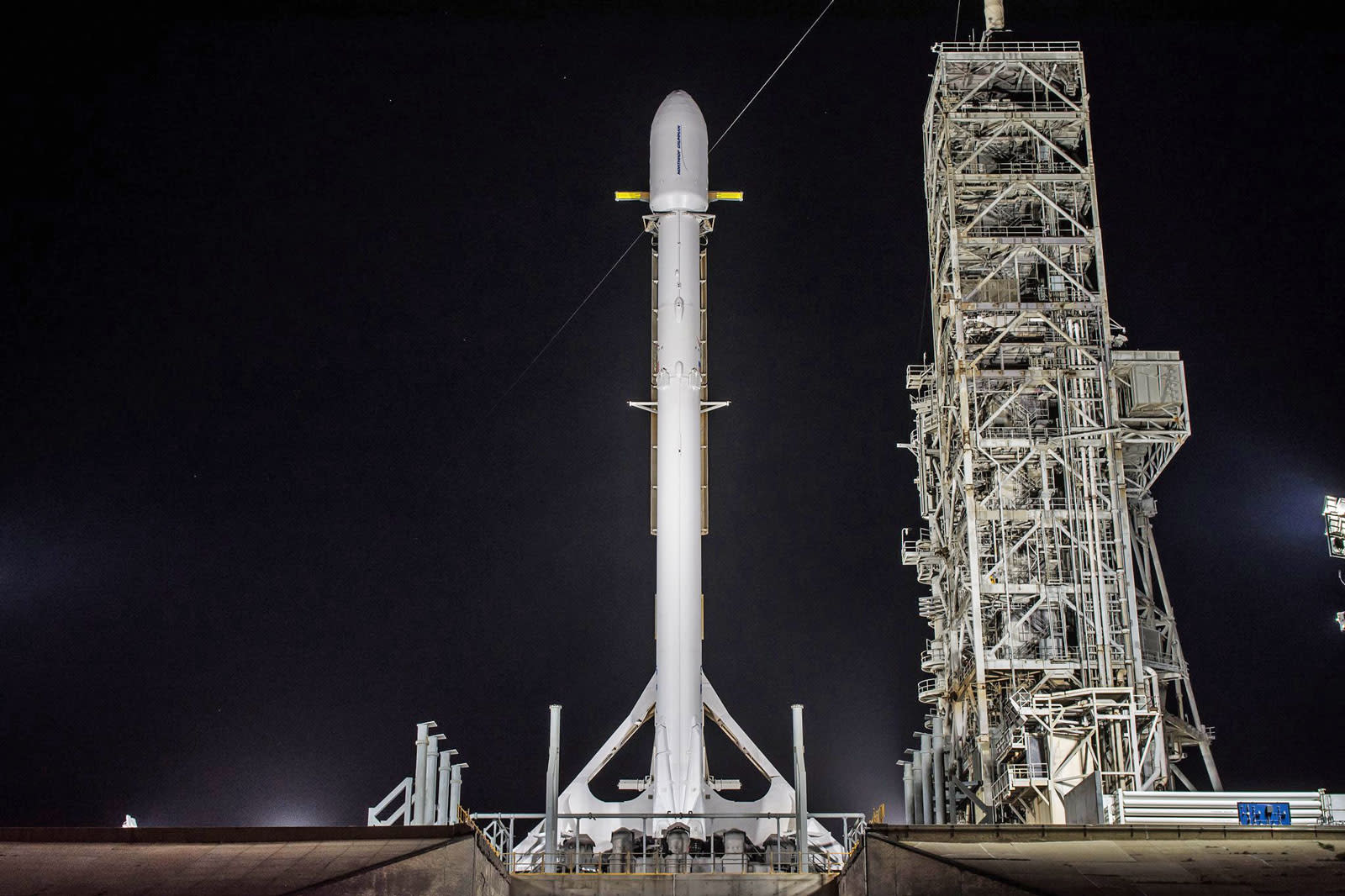 We still don't know what Northrop Grumman commissioned SpaceX to launch for the US government, but whatever it is won't get there tonight. In a move that leaves Elon Musk's calendar open for the Tesla electric semi-truck reveal (still scheduled for 11 PM ET), SpaceX said it's standing down on the Zuma mission "to take a closer look at data from recent fairing testing for another customer." The launch, which is scheduled to include a landing attempt by the Falcon 9's first stage, could go off tomorrow night, but no new launch date has been confirmed.

Standing down on Zuma mission to take a closer look at data from recent fairing testing for another customer.

Though we've preserved the range opportunity for tomorrow, we'll take the time needed to complete the data review and then confirm a new launch date.

In this article: elonmusk, falcon9, gear, lowearthorbit, NorthropGrumman, space, spacex, zuma
All products recommended by Engadget are selected by our editorial team, independent of our parent company. Some of our stories include affiliate links. If you buy something through one of these links, we may earn an affiliate commission.