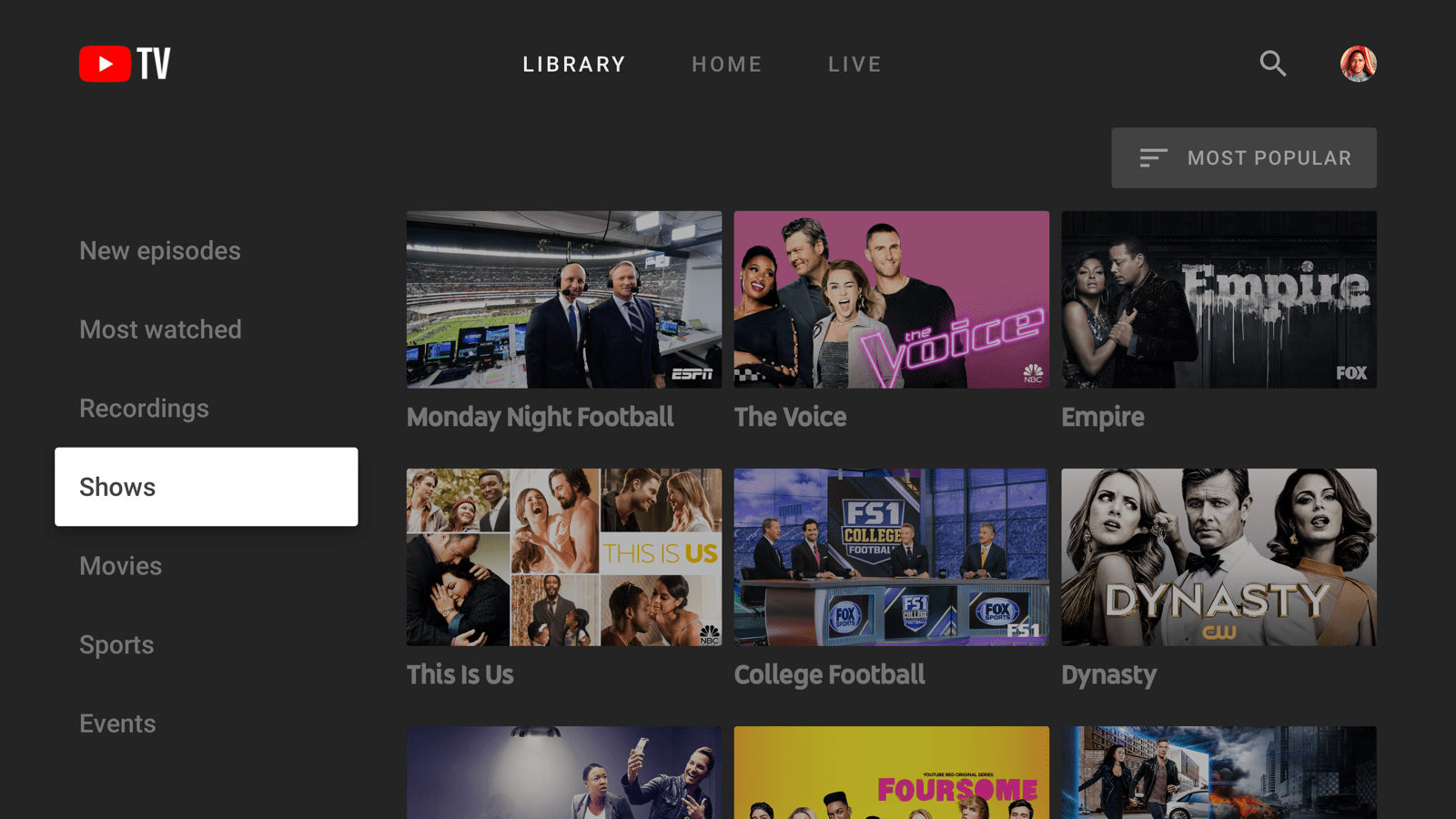 YouTube TV arrived in April of this year, making it Google's de facto live television service. It's available in over half of the homes in the US, and we've been waiting patiently for the rumored big screen TV app so we could stop sending live TV from our phones to our Chromecasts and Apple TVs. The Xbox and Android TV versions of the app have been out for a few weeks, now, while Google tweeted out the availability of the YouTube TV app specifically for owners of newer model Samsung sets.

This one's for you, @SamsungUS viewers.

According to Google's blog post, you can see YouTube TV via a native app on Android TV (but not Xiaomi's Mi Box), all three flavors of Xbox One and 2017 and 2018 Samsung and LG smart TVs. It will also show up "soon" on 2014 and 2015 Samsung and LG TVs, Sony Linux TVs, and Apple TV.

In this article: appletv, av, entertainment, google, lg, samsung, xboxone, YoutubeTv
All products recommended by Engadget are selected by our editorial team, independent of our parent company. Some of our stories include affiliate links. If you buy something through one of these links, we may earn an affiliate commission.