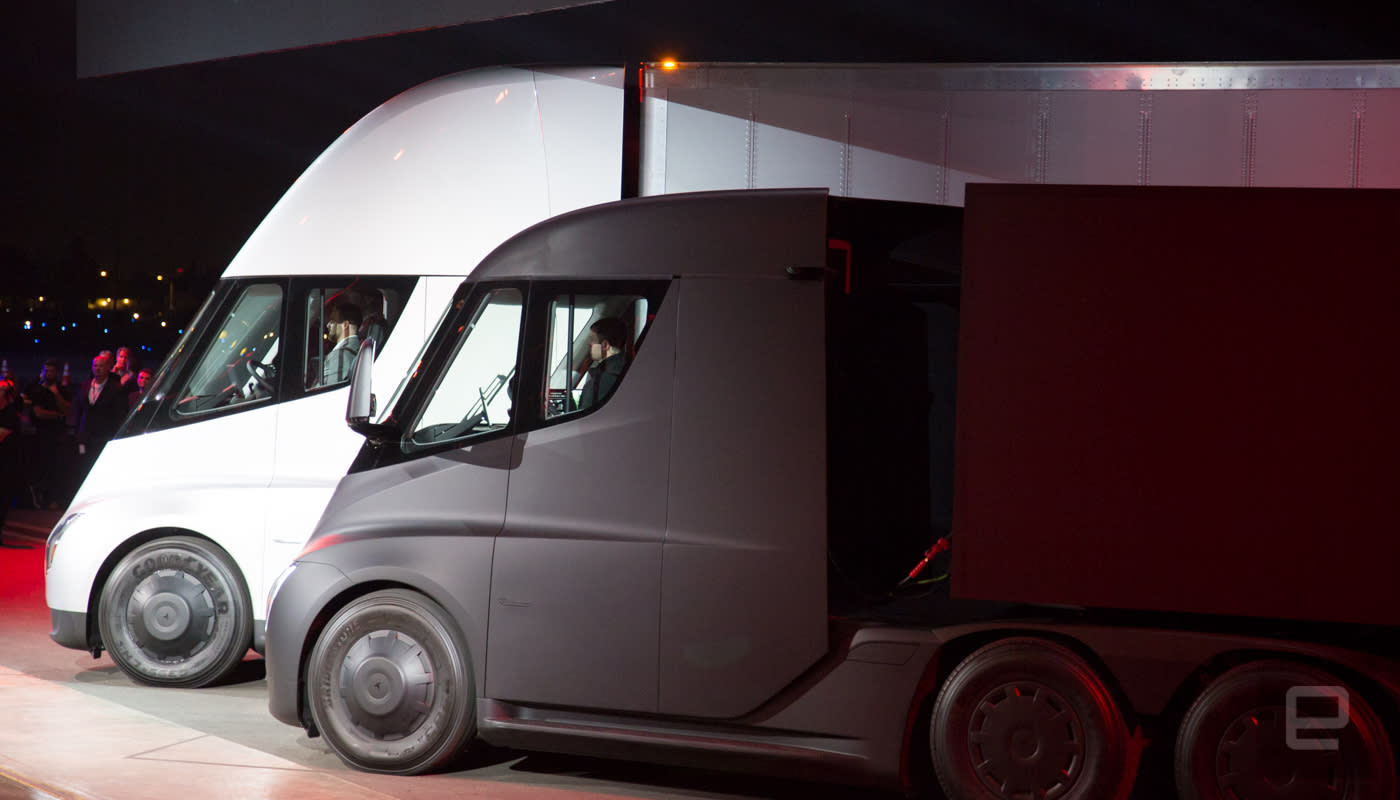 Tesla only just unveiled its Semi electric truck, but it's already lining up honest-to-goodness customers -- and we don't just mean for testing, either. Canadian grocery chain Loblaws has pre-ordered 25 of the giant EVs to haul food to its stores across the country. That's a larger purchase than Walmart (which ordered 15 for its test), and no small commitment when Tesla hasn't even revealed the (likely high) price. It may seem odd for Tesla to score one of its most important orders beyond the US, but it makes more sense knowing Loblaws' strategy.

The supermarket giant recently committed to a 30 percent reduction in its overall carbon footprint by 2030, and it sees electric trucks playing an important role. It estimates that pulling diesel from its vehicles would be the equivalent of pulling 20,000 cars from the road. Tesla's Semi would clearly help toward that goal, and it might be a better option than existing electric trucks (like one Loblaws bought from BYD) if it lives up to claims of faster trips and greater safety.

This isn't Tesla's largest order (JB Hunt has ordered 40, others have made purchases of unknown size), but it gives a sense of who some of its early customers are likely to be: well-heeled companies that have plenty of cargo to transport and pressure to fulfill environmental commitments. The real challenge comes after that: Tesla will have to persuade companies that either don't have a huge budget or are only interested in how electric trucks will affect their bottom line. Tesla has anticipated that to some extent (it's promising $200,000 in fuel savings for every 1 million miles), but success is far from guaranteed.

In this article: cargo, electricvehicle, ev, food, food and drink, food-and-drink, foodanddrink, gear, groceries, grocery, semi, semitruck, tesla, transportation, truck, hidden:vv_09x16:f146251c-2867-39f6-9f63-2ee1ee926b01, hidden:vv_16x09:b83a51a8-2c7d-34dd-a27e-6c19c4acb8e5
All products recommended by Engadget are selected by our editorial team, independent of our parent company. Some of our stories include affiliate links. If you buy something through one of these links, we may earn an affiliate commission.