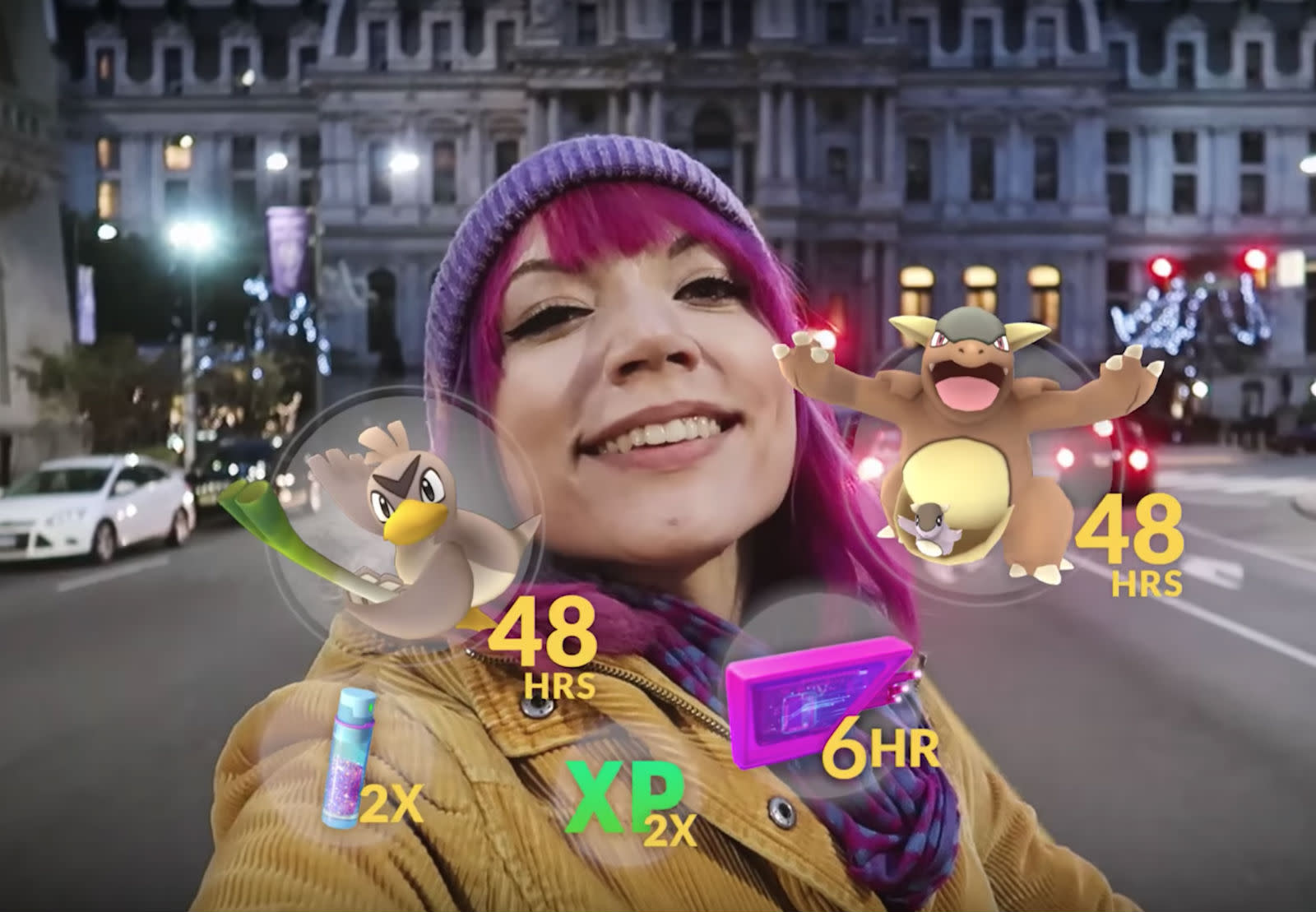 Spurred by Pokémon Go's latest event, players have caught 500 million pocket monsters in less than two days. Developer Niantic kickstarted the Global Catch Challenge on Sunday (inviting fans to collectively catch a whopping 3 billion Pokémon in return for prizes) and it's well on its way to becoming the game's biggest hunt yet.

The more Pokémon everyone nabs, the more prizes get dished out, including region-locked pocket monsters, like Farfetch'd (which will be available worldwide for 48 hours when players hit the top milestone). The same goes for Kangaskhan -- which is currently restricted to Oceania -- who will pop up in East Asia for the same duration. But, you've only got till November 26th to complete the task before the clock runs out, and the prizes dry up. So, get your ass off the couch and start searching if you want to complete that Pokédex. Even though at this rate amassing 3 billion Pokémon should be a cinch.

The first set of rewards (including double XP and a six-hour timer on Pokémon-attracting incense) are now available. The silver tier (unlocked after 1.5 billion catches) will throw in double stardust to boot. Best of all, more pocket monsters are now appearing worldwide, and will continue to emerge as more benchmarks are secured. And, if you still haven't got your fill of cute critters, the event also includes a video series that sees trainers travel the world catching Pokémon.