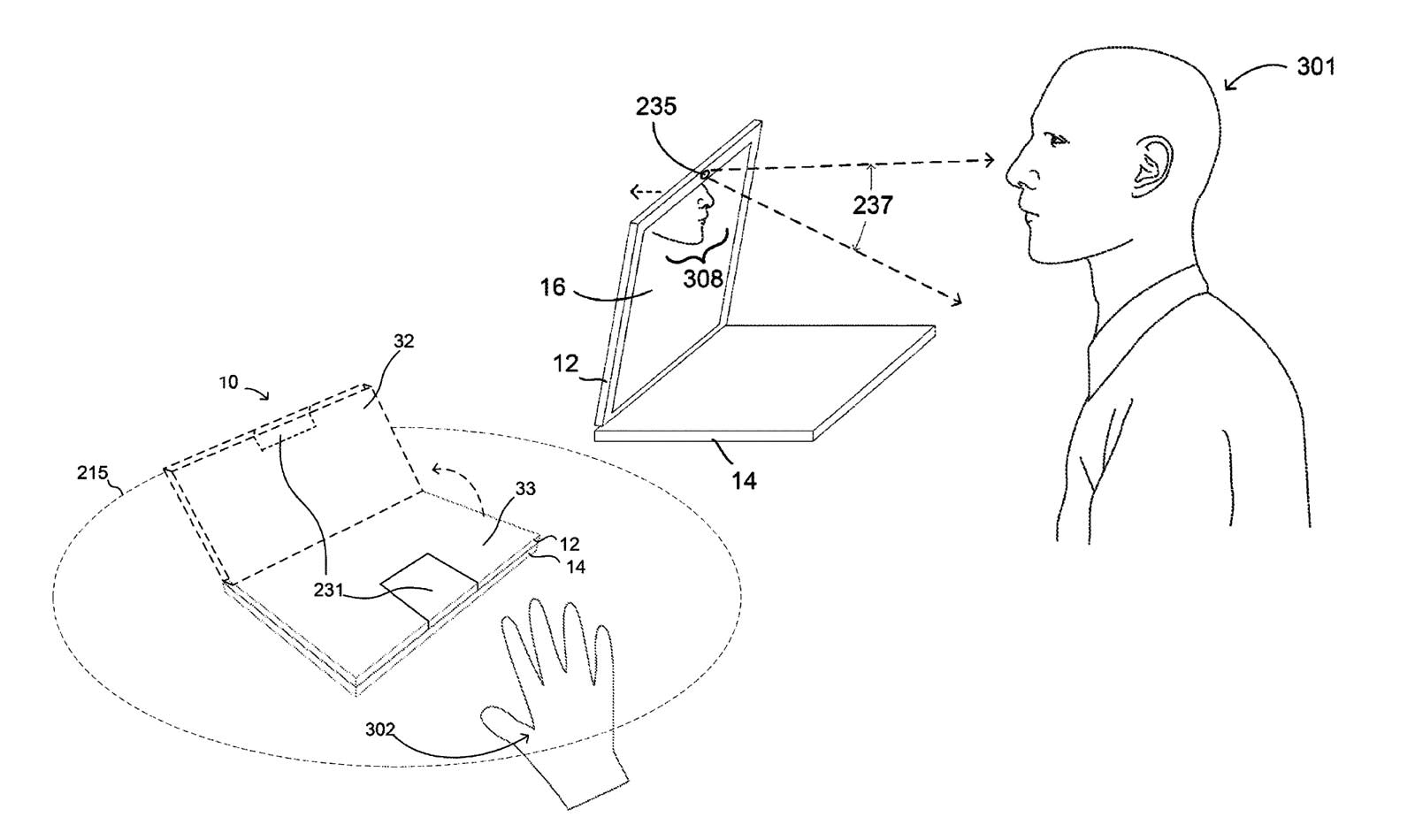 If you've been struggling to open your own laptop each day, a new patent granted to Google for its Pixel line of notebook computers may be just what you need. Titled "Notebook Computer with Motorized Display Positioning," the patent shows a motorized hinge that will open the display with some sort of touch on the top of the portable computer. The patent also mentions sensors that can detect users from specific distances as well as detect your face so the display can adjust its angle automatically.

While having your laptop opened for you seems a bit on the lazy side of things, such a feature could help users with limited mobility or motor control use portable computers more successfully. The second feature has some promise, though. As noted in the patent itself, a user-facing camera could detect your chin, which would give the notebook's motor a cue to shift the display so that your entire face is in the camera view, thus giving you a better view angle. The patent, originally spotted by Patently Mobile, was filed in October of 2013, so whether this will show up on your next Pixelbook is anyone's guess.

In this article: gear, google, hinges, laptop, motorized, notebook, patent, personal computing, personalcomputing, pixel, tomorrow
All products recommended by Engadget are selected by our editorial team, independent of our parent company. Some of our stories include affiliate links. If you buy something through one of these links, we may earn an affiliate commission.