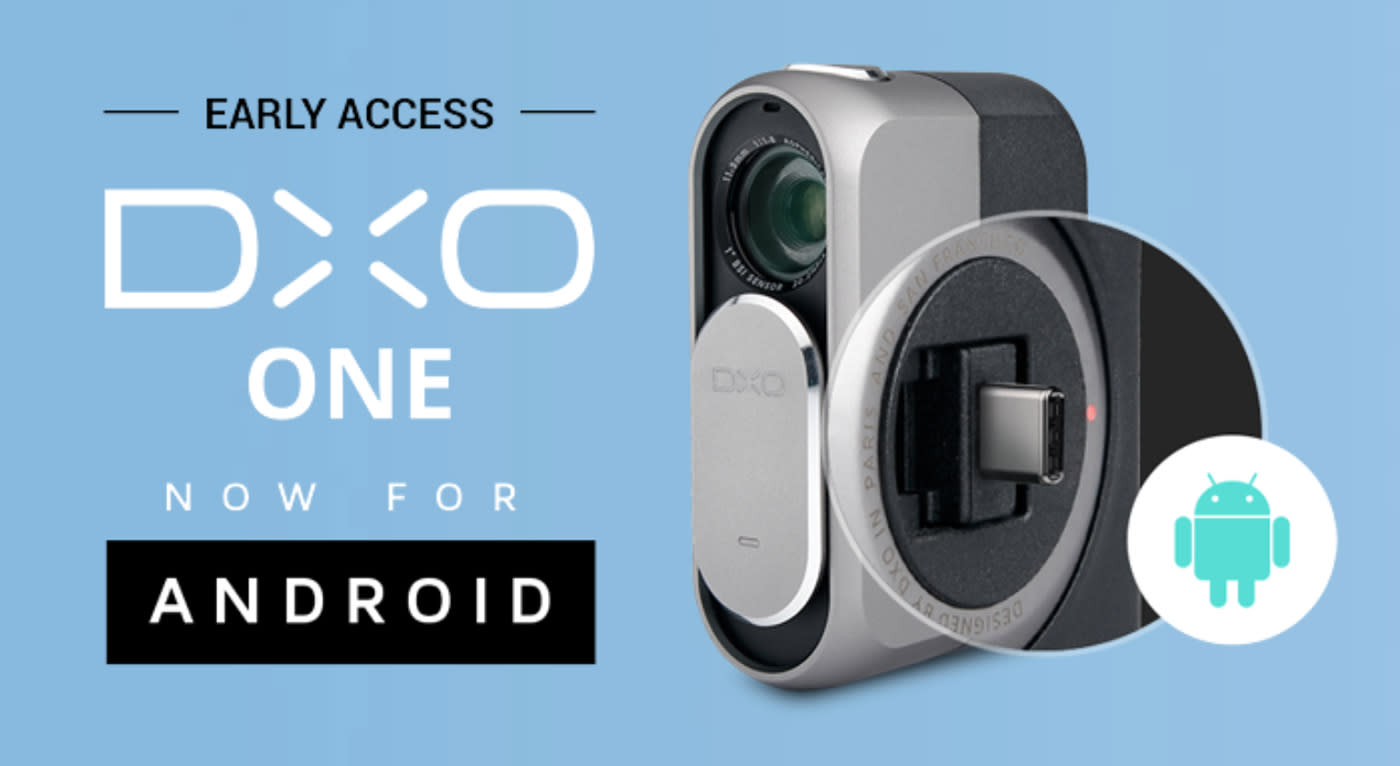 DxO One is a compact snap-on camera that drastically improves the quality of your smartphone photos, but only iPhone users have been able to benefit so far. It recently arrived on Android, however, and is now up for pre-order as a fairly attractive "Early Access Pack." For $499, you get the camera, a protective shell and DxO's PhotoLab software, effectively saving about $260. The caveats are that there's still no shipping date, and the device only works on newer models that have built-in USB Type-C ports.

The DxO One is one of the few survivors of the "camera phone" era of a few years ago, with the most notable contenders at the time being Sony's QX10 and QX100 models. DxO's model likely struck a chord because of its more practical direct physical interface and relatively compact, pocketable size.

At the same time, you're getting a large 1-inch, 20.2-megapixel sensor and f/1.8, 32mm equivalent fixed lens that gives you photo quality akin to a nice compact camera like Sony's RX100 V -- better than any small-sensor smartphone can manage. However, if you're okay with pairing your phone wirelessly, you'd be better off spending a bit more on a dedicated camera like one of Sony's previous RX100 III and IV models or Panasonic's Lumix LX10.

As mentioned, the DxO One for Android is on pre-order for $499 including the Outdoor Shell and cable back door, along with the DxO PhotoLab software. It'll be able to do most of what the iOS version can, but some recently announced features like time lapse and Facebook Live streaming will come later.

In this article: Android, Camera, cameras, Detachable, DxO, DxOOne, EarlyAccess, gear, mobile
All products recommended by Engadget are selected by our editorial team, independent of our parent company. Some of our stories include affiliate links. If you buy something through one of these links, we may earn an affiliate commission.