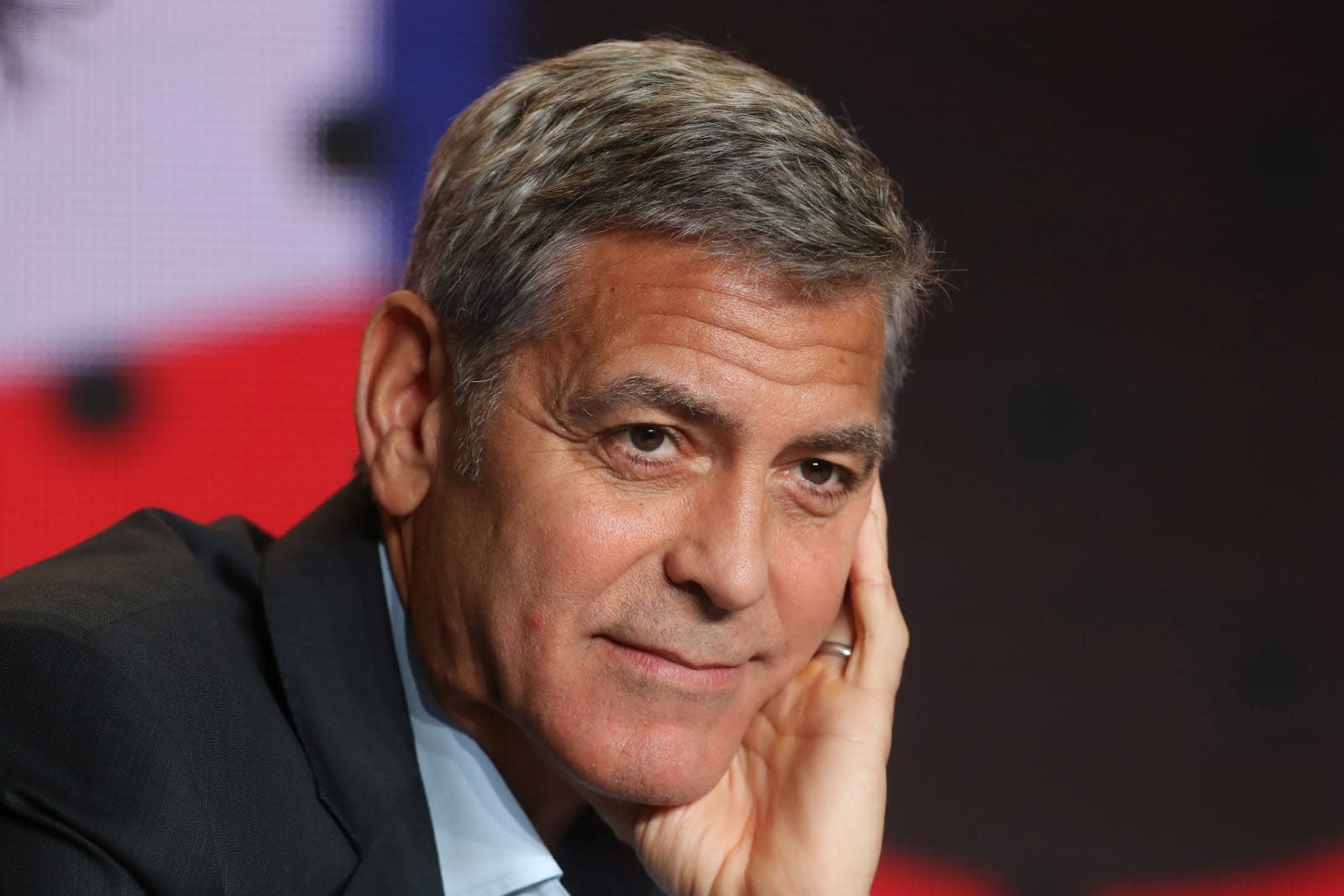 Netflix's ability to reel in big-name stars may have just secured a very topical political drama. Sources for Hollywood Reporter and Variety have learned that George Clooney and Bridge of Spies writer Matt Charman are working on Watergate, an eight-episode miniseries for Netflix about the presidential scandal. It's unclear whether or not Clooney would star in the show (he's known to be an executive producer), but Variety hears he might direct some episodes provided Netflix goes forward. Netflix itself has declined to comment.

To be clear, Clooney is hedging his bets. He's producing another miniseries, an adaptation of Catch-22, that's being produced by Paramount Television (i.e. Viacom) and Anonymous Content. However, it's notable that he's making a series for Netflix. It's not just that the internet video giant now has enough power to attract A-list talent -- it's that people like Clooney now see streaming services as viable (and potentially ideal) places for shows that previously had to be shoehorned into conventional TV schedules to get a lot of exposure.

In this article: entertainment, georgeclooney, internet, netflix, richardnixon, services, streaming, television, tv, watergate
All products recommended by Engadget are selected by our editorial team, independent of our parent company. Some of our stories include affiliate links. If you buy something through one of these links, we may earn an affiliate commission.