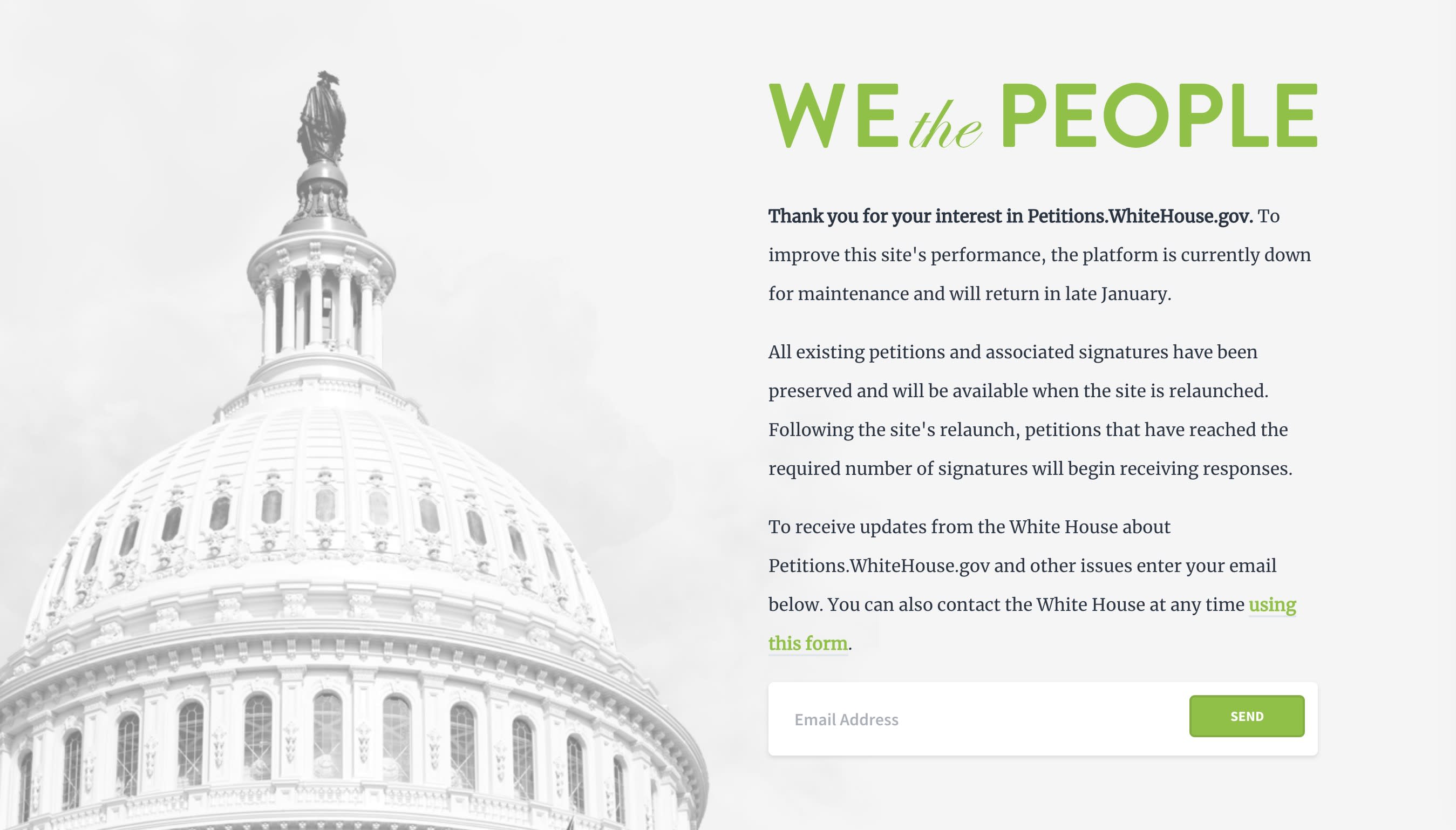 The "We the People" site was launched back in 2011 as a way for the rank and file citizens to get a response from the Obama administration if they were able to get 100,000 signatures on any given petition. The site will now be unavailable until late January, and the Associated Press reports that all existing petitions and responses will be restored next year.

A White House official told the AP that the temporary shutdown will save taxpayers $1.3 million per year, though there's no detail on how. The current petitions -- 17 that have met the signature threshold -- have not been responded to in the year Trump has been in office. According to the AP, they include calls for Trump to release his tax returns, preserve (and cease) funding for the National Endowments for the Arts and the National Endowment for the Humanities. While the petition site is down, individuals can contact the White House through a web form.