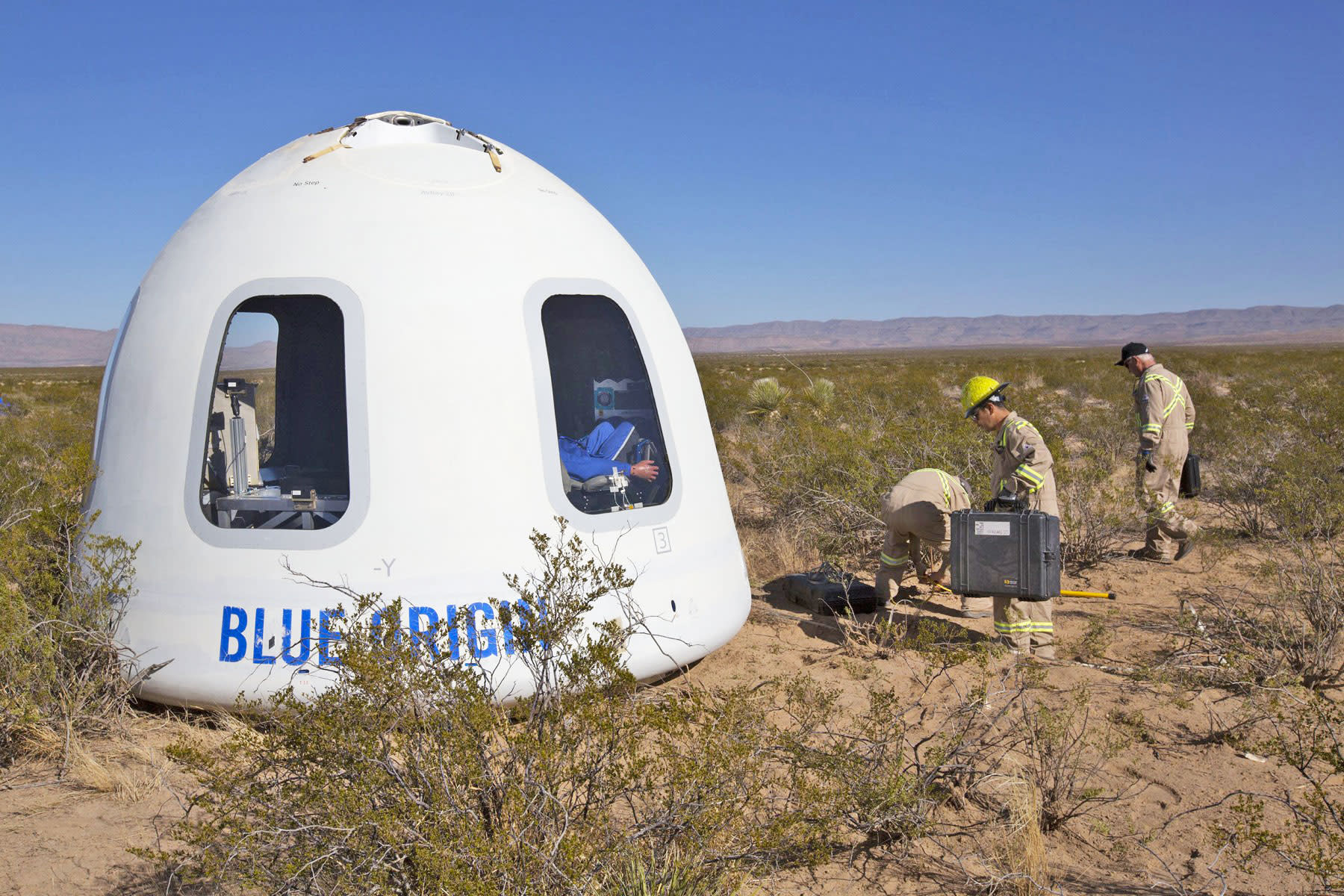 We might witness several new space vehicles blast off with a human crew onboard for the first time next year. One of them could be Blue Origin's New Shepard launch system. According to Jeff Ashby, the private space corporation's director of safety and mission assurance, Blue Origin is "about roughly a year out from human flights, depending on how the test program goes." Ashby spoke at the Next-Generation Suborbital Researchers Conference just a few days after his company successfully sent Crew Capsule 2.0 to suborbital space with "Mannequin Skywalker" on board.

The recent test fight carried 12 experiments from paying customers to space and is the first flight for the New Shepard launch system in a year. Blue Origin always intended to use its technology for space tourism, but like its peers it still has to conduct test flights before its spacecraft can start blasting off with paying civilians. Based on Ashby's statetment, though, the company still isn't 100 percent sure of its timeframe, so its manned mission could be delayed. Ashby said:

"We're probably a year and a half, two years out from when we're actually able to fly tended payload. We're about roughly a year out from human flights, depending on how the test program goes. We have a bunch more tests to do, and we'e going to fly some human test flights before we put paying people in the rocket."

Blue Origin is but one of the private space corporations planning to launch manned flights next year. Boeing and SpaceX, both recipients of NASA's Commercial Crew Program, also intend to conduct their first crewed test flights in 2018. Blue Origin, however, is aiming to conquer suborbital space, while the other two are preparing to ferry NASA astronauts to the ISS.

In this article: blueorigin, jeffbezos, mannedspaceflight, space, tomorrow
All products recommended by Engadget are selected by our editorial team, independent of our parent company. Some of our stories include affiliate links. If you buy something through one of these links, we may earn an affiliate commission.