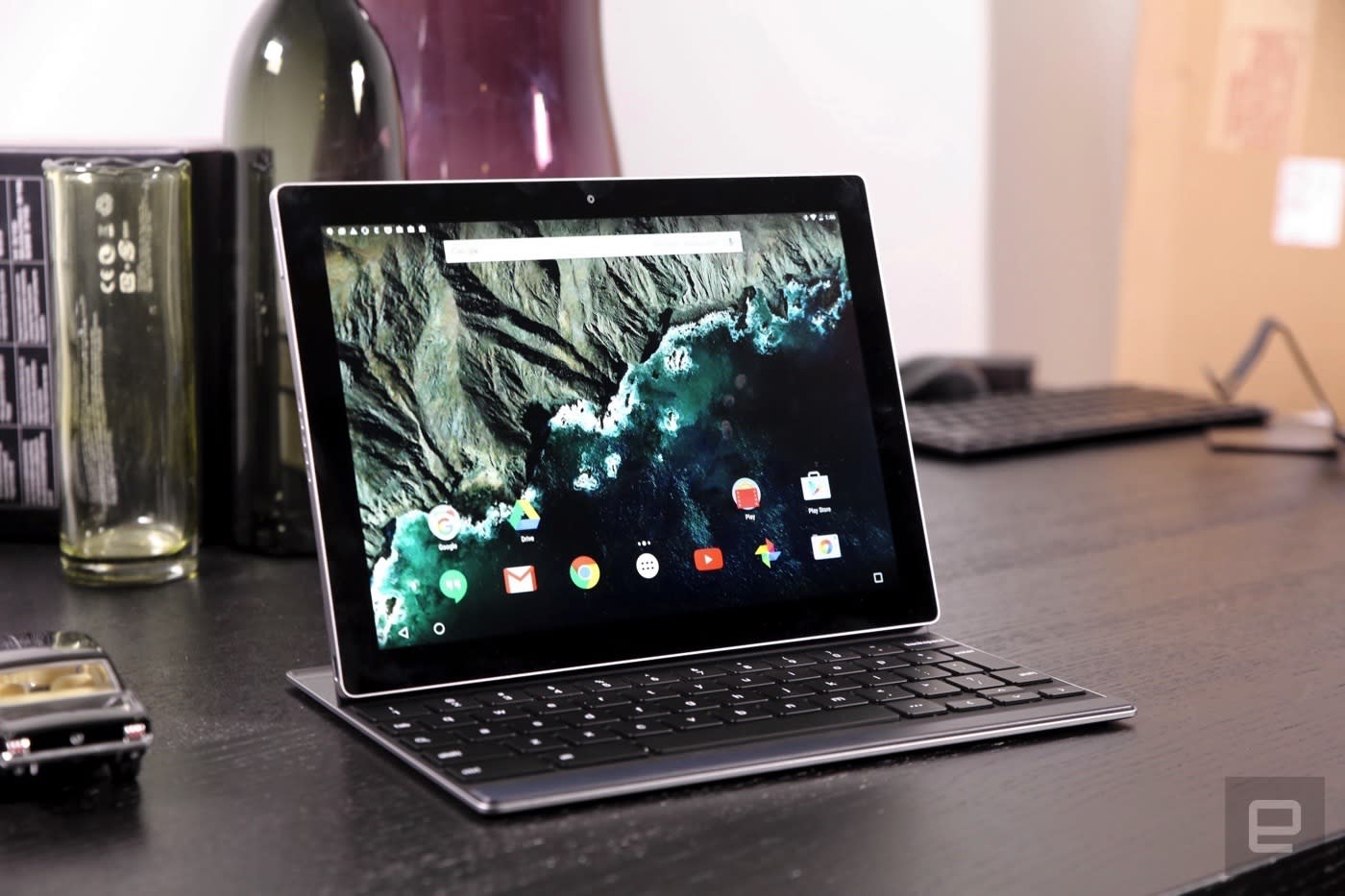 For now, at least, Google is out of the Android tablet game. The search giant has pulled the Pixel C from its official store, redirecting product page visitors to the Pixelbook. The company hasn't explicitly outlined its reasons, but it told Engadget in a statement (available below) that it was "common" to stop selling a product after it has been "out for a few years" -- and that's true for the Pixel C, which hit the scene in late 2015. Instead, it suggests that you get a Pixelbook if you're looking for a "versatile device."

It's not certain how well the Pixel C sold (other than not being a blockbuster hit), but there are a number of practical reasons to drop it regardless of its performance. The Pixel C received its last major software update with Android Oreo, and it wasn't going to be very consumer-friendly to sell a tablet that was going to get nothing but security updates (and then only for another year). And yes, a 2-year-old $599 device just wasn't going to be very competitive.

At the same time, this a tacit acknowledgment that Google's Android tablet strategy hasn't panned out as well those for Apple's iPads or Microsoft's Surface line. Android's stock multitasking experience still leaves something to be desired, and Google has historically done a less-than-stellar job of fostering and promoting tablet-native Android apps. The Pixel C just didn't fill the role of a laptop replacement as well as it could. We wouldn't call the Pixelbook a one-for-one replacement for the Pixel C (it's $400 more expensive and not as portable), but it might be a better fit. It's a more conventional computer with a windowed interface, and it has access to Android apps if there's a mobile program you just can't live without.

In this article: android, google, mobile, pixelbook, pixelc, tablet
All products recommended by Engadget are selected by our editorial team, independent of our parent company. Some of our stories include affiliate links. If you buy something through one of these links, we may earn an affiliate commission.