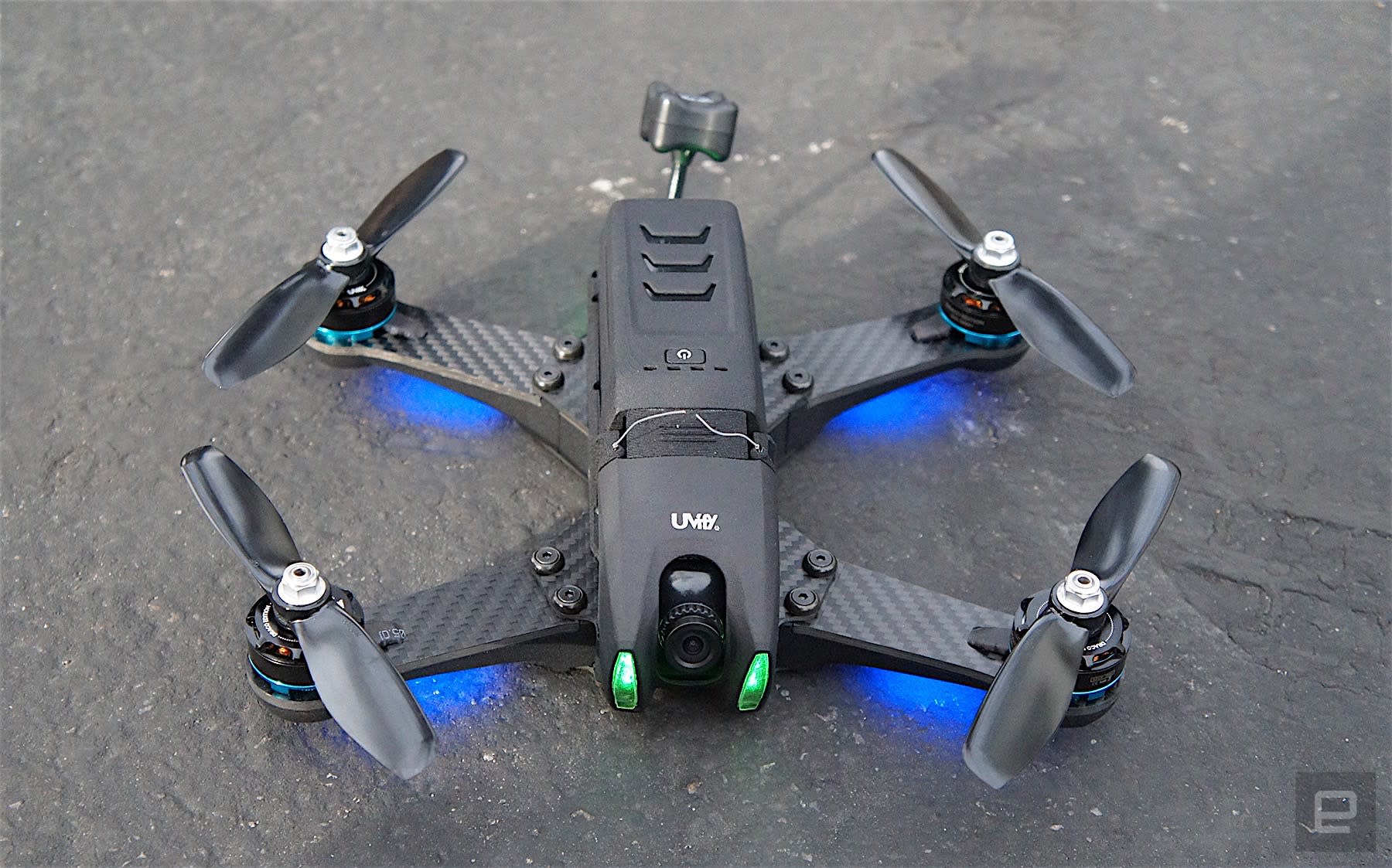 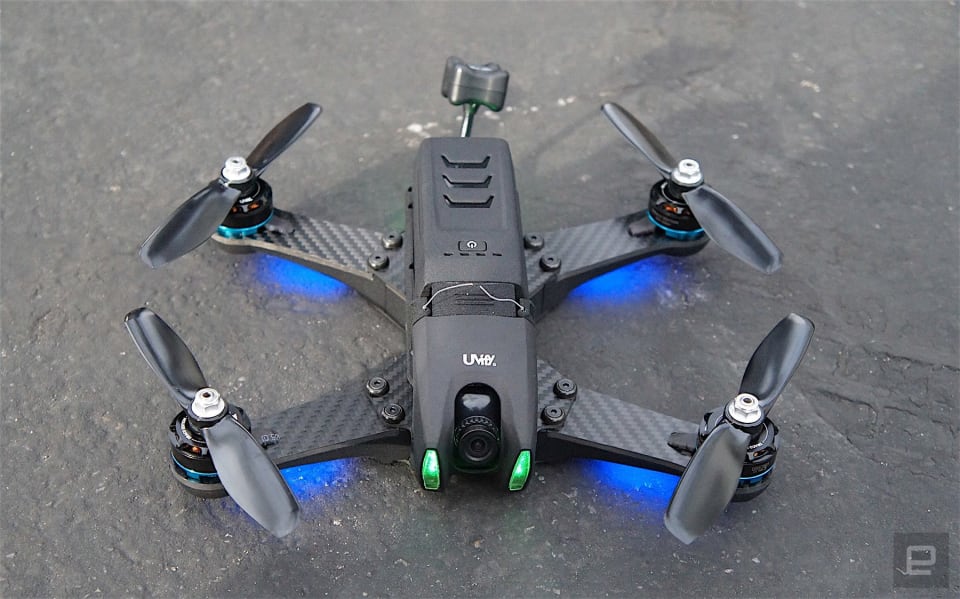 You might be pretty handy with your DJI Phantom, but flying a racing drone is something else. Most consumer drones are programmed to make flying a cinch, but the trade-off is a lack of agility and speed. Racing drones right now are akin to making your own gaming PC: You need to get your hands dirty, know how everything works together and labor over it to get everything optimized. UVify wants to democratize the burgeoning sport with Draco, a ready-to-go speedy drone that can hang with the pros.

To make a crude analogy, your typical racer is a bit like Android. You can tweak individual parts, it comes on different kinds of hardware and you can mod it to your liking. UVify's Draco, then, would be more like the iPhone. The company designed every component from the ground up and optimized them to work together. Oh, it also looks pretty smart (no wires or ugly exposed batteries).

As someone interested in drones, racing (and the more niche freestyle flying) has always appealed to me. But I'm not handy with a soldering iron, and learning all the nuances of making a good racer and maintaining it are just enough of a barrier. Draco, on the other hand, instantly appeals. There are other ready-to-fly racers, but they usually still need some level of tinkering or the ability to repair them. Draco can reach speeds of about 70MPH in race conditions and in a straight line can apparently get closer to 100MPH. All the other necessities to hang on the race track are there, too. That means full 40-channel FPV (first-person view), so you can race from the drone's perspective, and configurable racing lights. There's also GPS, which is less common on racing drones (as it's not generally needed) but allows the Draco to include some assisted flight modes to help you get started.

Should you ding your drone while flying, you still won't need to solder anything, as most of the parts are easily replaceable. If you break an arm or motor, you can simply clip a new one back in and you're good to go. Draco itself will cost about $499 (without transmitter/controller), while new motor arms should be about $30. Not cheap, but not a huge sum either. The drone's carbon-fiber frame means it's built pretty solid anyway, so breakages shouldn't be too common if you don't fly like an idiot.

Draco won't be available until around summer this year, but you can pre-order it now, with two models to choose from: the Draco and Draco HD, with the latter sporting a better camera and real-time HD video streaming.

Click here to catch up on the latest news from CES 2017.
In this article: ces2017, draco, drone, fpv, gear, hands-on, quadcopter, racingdrone, robots, TL16TBOC, uvify, video
All products recommended by Engadget are selected by our editorial team, independent of our parent company. Some of our stories include affiliate links. If you buy something through one of these links, we may earn an affiliate commission.