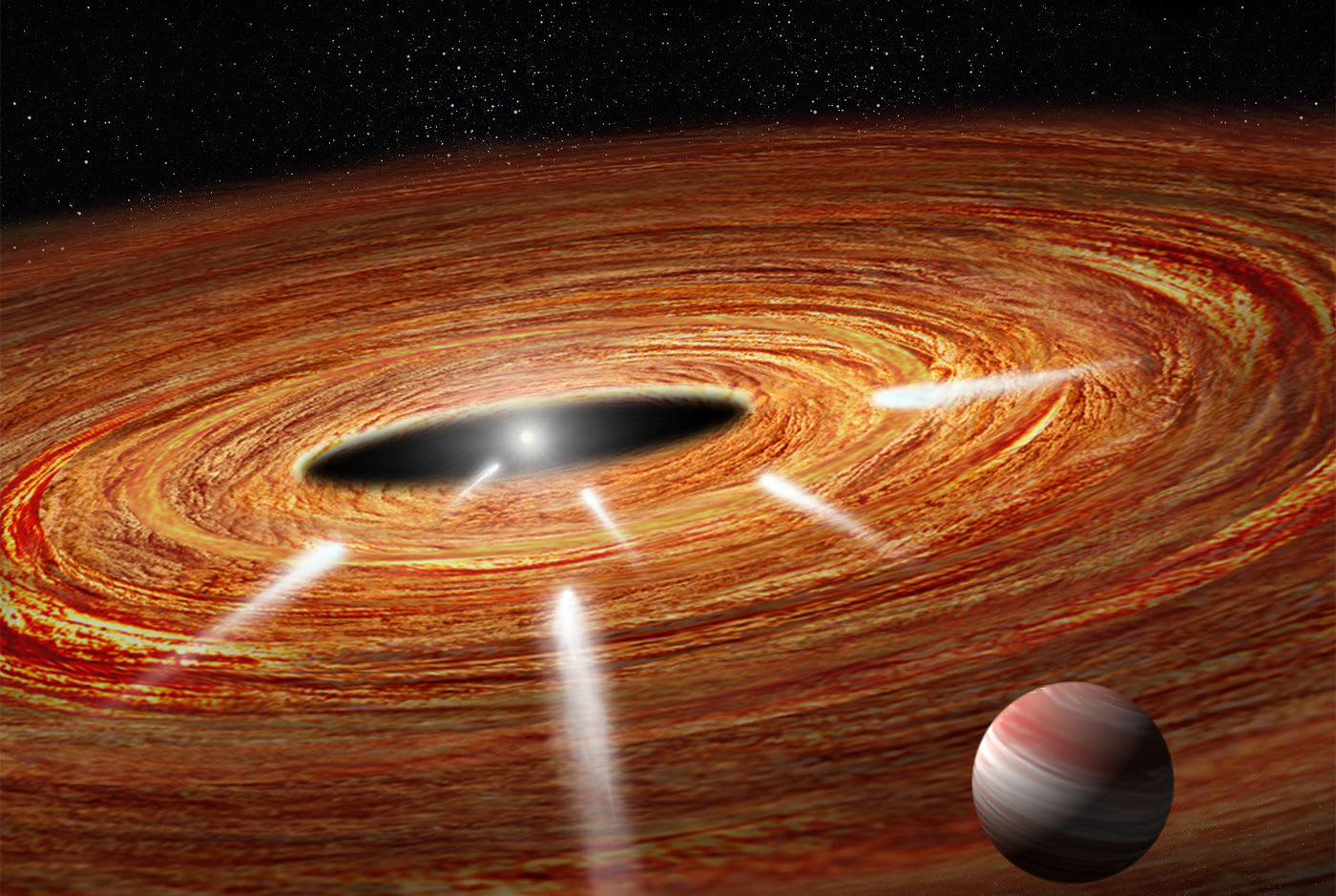 The Hubble telescope helped a team of astronomers discover evidence of comets taking a dive into a young star called HD 172555 that's "only" 95-light years away from Earth. While they didn't exactly see these "kamikaze comets," Hubble detected some fast-moving silicon and carbon gases in the starlight close to the edge of the star's debris disk. The most likely explanation for those gases is that they're the result of comet-like objects shattering after crossing the star's disk.

Kamikaze comets provide more insight into the formation of our own solar system, since the celestial bodies that crashed into our planet billions of years ago could have been responsible for bringing water to Earth. The 23-million-year-old star could be in the middle of forming planets, maybe even a rocky, habitable one like our own. Besides, it might already have a Jupiter-sized giant, since kamikaze comets could indicate the presence of strong gravitational pull caused by large planets.

"Seeing these sun-grazing comets in our solar system and in three extrasolar systems means that this activity may be common in young star systems. This activity at its peak represents a star's active teenage years. Watching these events gives us insight into what probably went on in the early days of our solar system, when comets were pelting the inner solar system bodies, including Earth. In fact, these star-grazing comets may make life possible, because they carry water and other life-forming elements, such as carbon, to terrestrial planets."

Thankfully, star HD 172555 is relatively close to our little spot in the universe, so we'll be able to study it further.
Source: NASA Hubblesite
In this article: comets, exocomet, hubble, hubbletelescope, science, space
All products recommended by Engadget are selected by our editorial team, independent of our parent company. Some of our stories include affiliate links. If you buy something through one of these links, we may earn an affiliate commission.