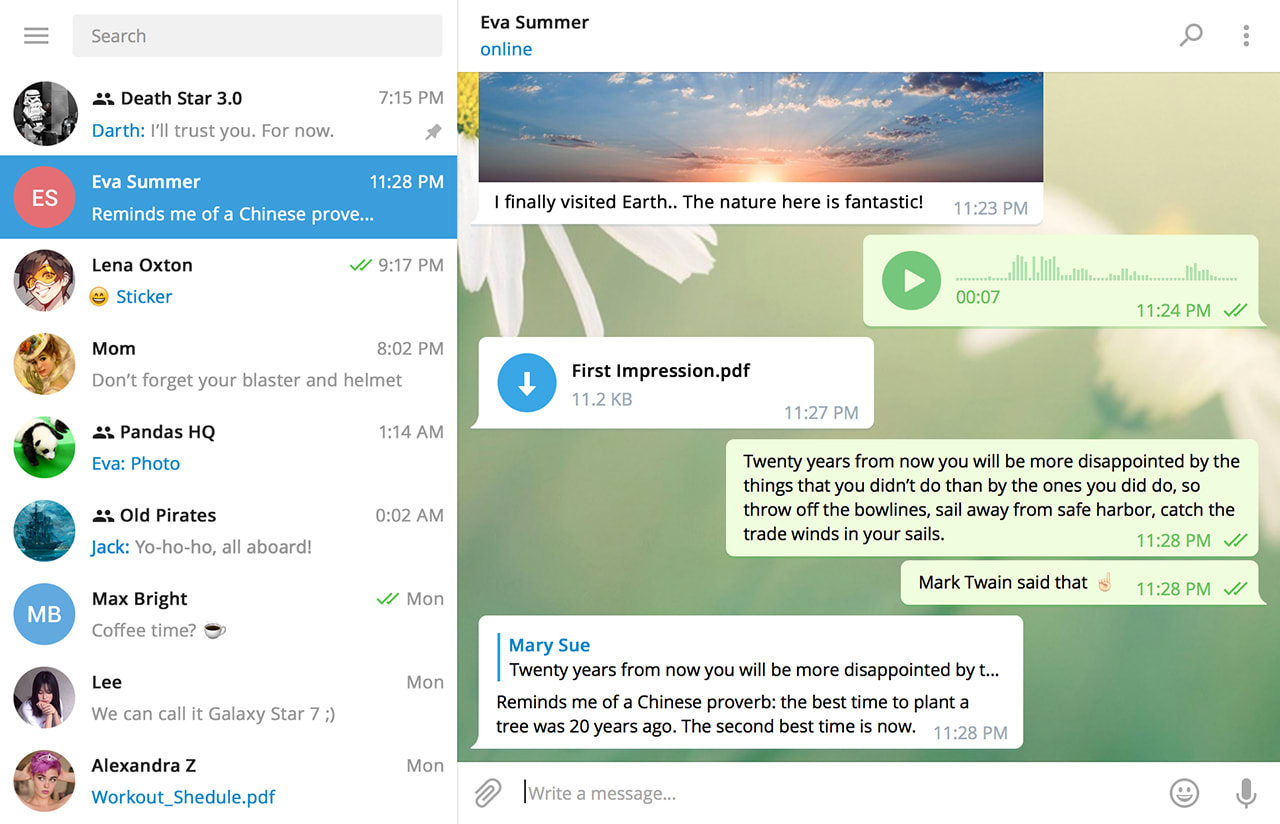 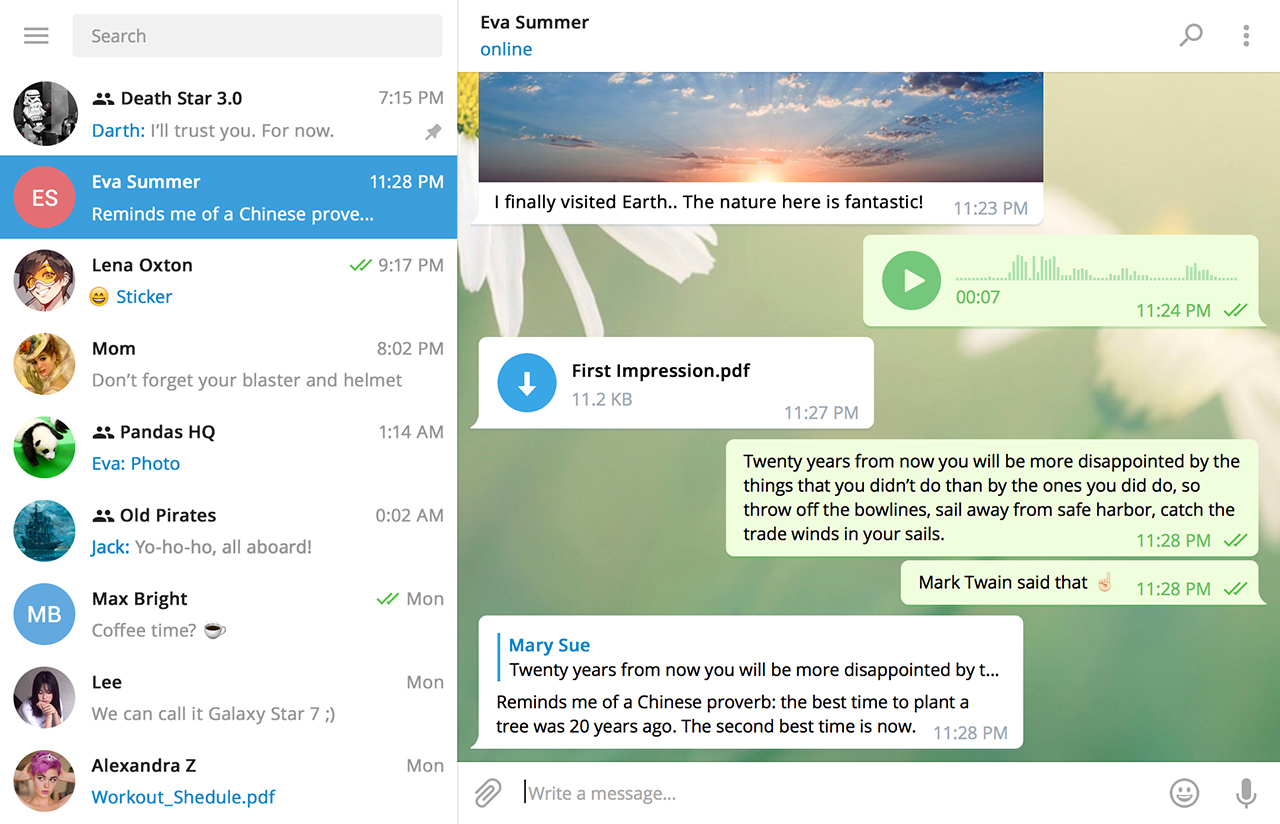 In the midst of (yet another) security scare, Telegram has updated its desktop app. The new app (version 1.0) features a thorough redesign, bringing the experience more in line with Google's Material Design aesthetic, complete with animations and support for themes.

Version 1.0 also supports deleting messages from the company's servers, a feature that was already available in the mobile app. (Previously, deleting a message from a chat on the desktop would only remove it from the device you're using.) Like editing, deletion only works on recently sent messages.

While the update is a welcome one, the messaging service, which offers server-client encrypted messaging and end-to-end encrypted private chats, is currently answering some difficult question regarding its security standards. Telegram has been maligned for relying on its own security protocols, rather than the many tried-and-tested options available.

More recently, an unverified intelligence document published by BuzzFeed and reported on extensively with regards to President-elect Trump and Russia's impact on the US election, flagged Telegram as being compromised by Russia's state security agency. Specifically, it says "the FSB now successfully had cracked this communications software and therefore it was no longer secure to use."

Telegram called the report a "scare story," and said it believes it's mostly likely fake, or possibly refers to SMS interception in accounts not protected by 2-step verification, an attack that was reported earlier this year. Many of the other allegations in the document, dated July 2015, have been proven inaccurate, or impossible to verify.

Separately, cryptography expert Nadim Kobeissi, who has been a perrenial critic of Telegram, detailed another attack vector: a vulnerability in the way the service deals with keys. Telegram, again, disputed the findings, this time directly responding to Kobeissi on Twitter, saying that the chat would not work if an attack of this type happened. Kobeissi has yet to respond.

"To this day, no ways of undermining Telegram's encryption have been discovered," the service said in a blog post. "We are continuously working with our worldwide community of developers and security specialists to keep it this way." Whatever happens, the app is way more pretty than it used to be, and that's all that matters in the end. Right?

Source: Telegram (security blog), (app changelog)
In this article: desktop, encryption, gear, internet, mobile, security, telegram, update
All products recommended by Engadget are selected by our editorial team, independent of our parent company. Some of our stories include affiliate links. If you buy something through one of these links, we may earn an affiliate commission.