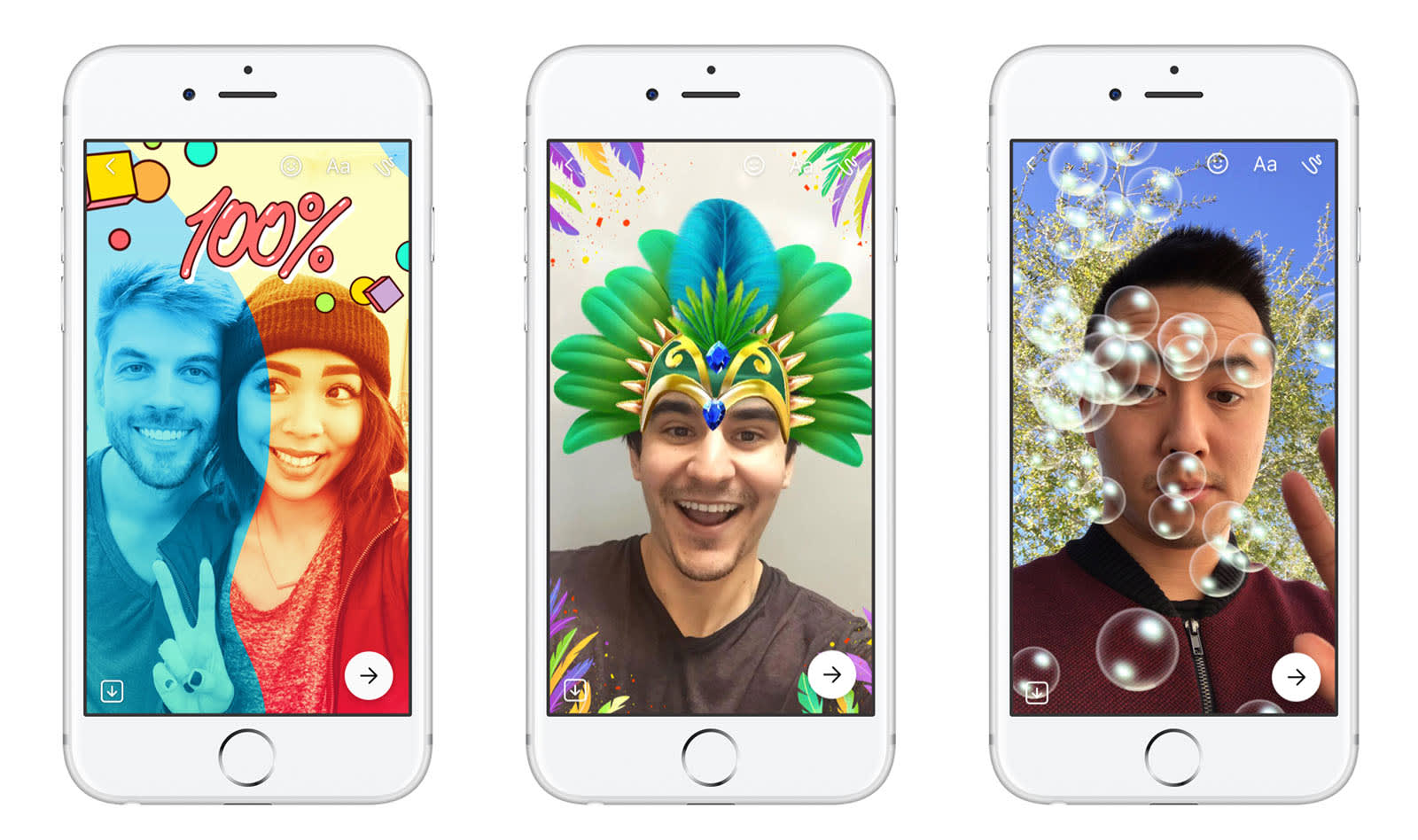 Facebook has copied Snapchat's Stories feature not just once, twice, or thrice, but four times now its latest app. Messenger Day has launched worldwide today after a limited test. Much like other Facebook versions, you can build a slideshow with decorated videos and photos, and share it with contacts before it disappears after 24 hours. The app takes advantage of the Messenger camera that includes special effects, text, art, stickers and more.

If you're keeping score at home, Facebook now has Stories-style features on Facebook (still in beta) Instagram, Whatsapp and now Messenger. So what makes the new app unique? Facebook says that rather than recounting what you did already, the new app is for having "more meaningful conversations" that let you show your friends what you're up to now. While all the versions are confusing (why doesn't Facebook just have one for all four apps?), the company perhaps felt it couldn't neglect Messenger, since it does have over a billion users.

Eventually the social network is likely to put ads in between posts in order to generate revenue for the app, Facebook VP David Marcus told Techcrunch. After tests in Poland and Australia attracted millions of users, the feature is going live for everyone on Android and iOS, so you should see it pop up soon. 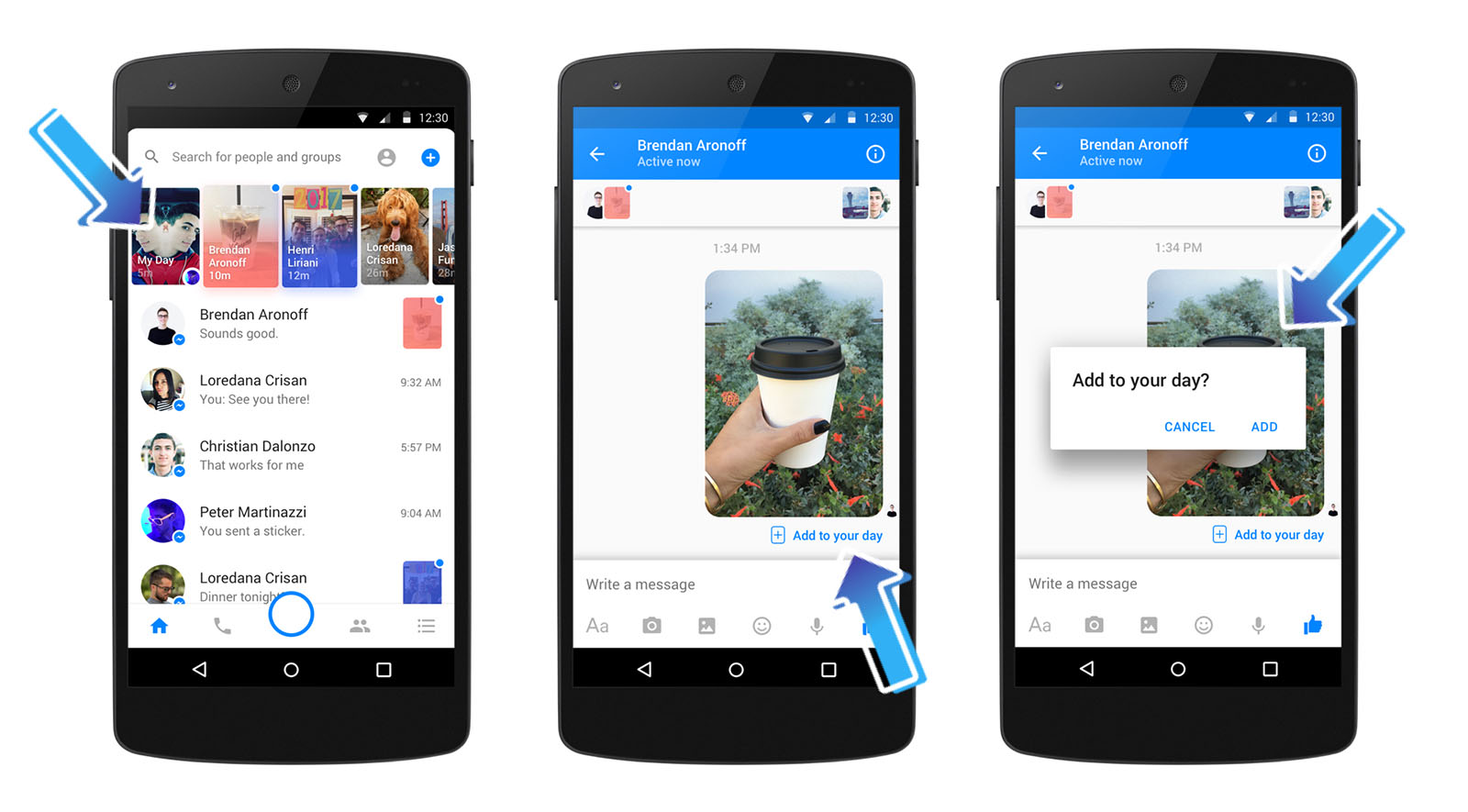 Source: Facebook
In this article: culture, facebook, Instagram, internet, Messenger, MessengerDay, mobile, Snapchat, Stories, Whatsapp
All products recommended by Engadget are selected by our editorial team, independent of our parent company. Some of our stories include affiliate links. If you buy something through one of these links, we may earn an affiliate commission.