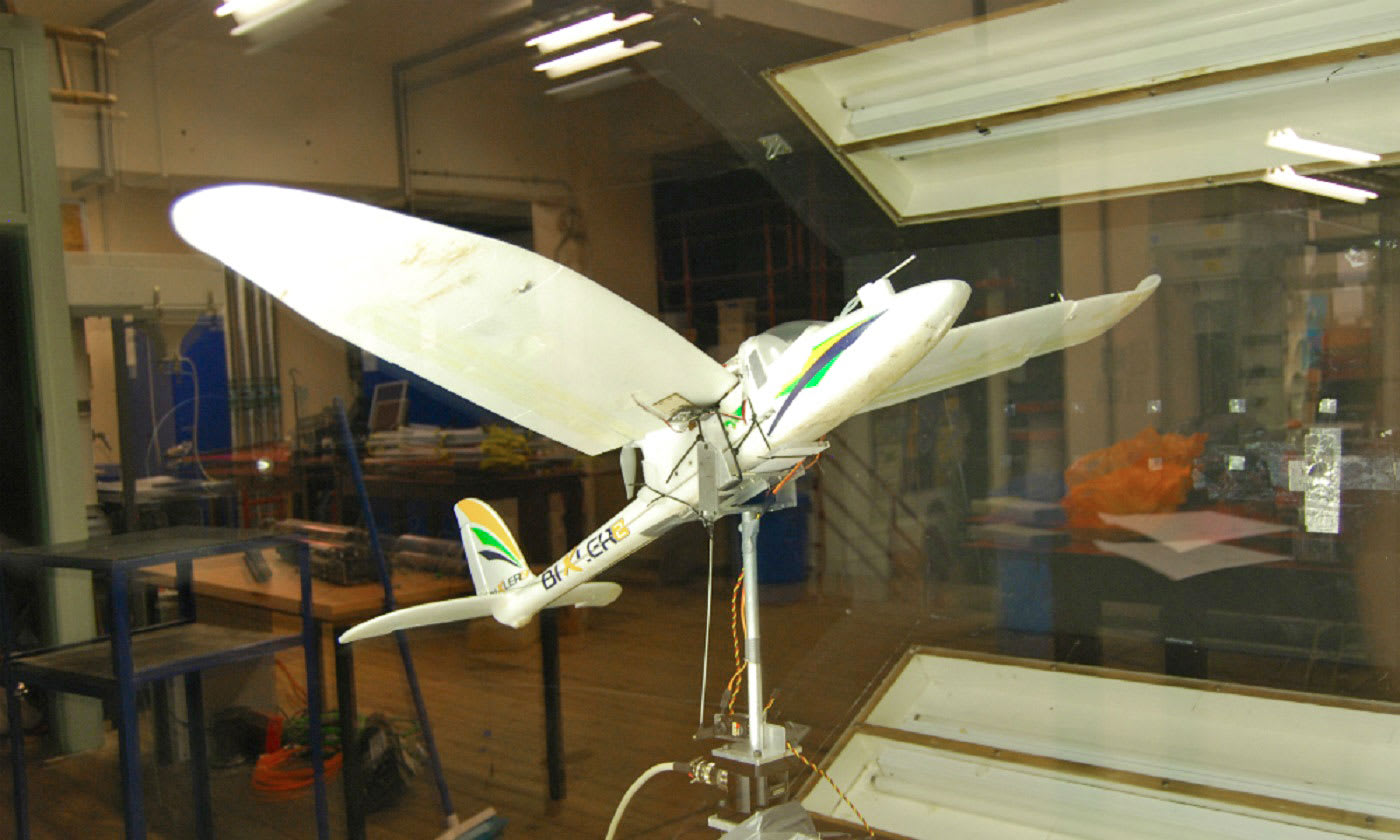 Watch out, birds. The drones are coming for your jobs. Researchers at BMT Defence Services (BMT) and the University of Bristol in Britain have built a fixed-wing UAV that can land as well as its avian counterparts, reports Popular Mechanics. Although BMT's project is currently part of a wider defense program called Autonomous Systems Underpinning Research, the team believes their drone could one day be used for other tasks like putting out fires or delivering packages.

When birds land, they perform a "deep stall," meaning they swoop in at low altitude and angle their wings upward before landing. BMT's drone does this too, thanks to a new morphing wing that can sweep forwards and backwards to create a pitching moment, or twist to allow the aircraft to roll. With this kind of high maneuverability, researchers envision a future where UAVs can easily fly through urban environments, dodging lampposts and power lines.

But, it takes more than high-tech wings for a drone to safely do a deep stall. The team also had to build it a bird-like brain, one that could compensate for slight changes in speed, wind, angle and wing position. They achieved this through something called "Q-learning," a technique where an artificial intelligence learns an optimal course of action by raising its "Q," or satisfaction level. Like a kid in an arcade, it kept trying to beat its high score, until it worked out how to get from its starting point to its destination. After about 5,000 practice attempts, BMT says the drone pulled off a soft landing without a runway.

Source: Popular Mechanics
In this article: bird, drone, landing, robots, science
All products recommended by Engadget are selected by our editorial team, independent of our parent company. Some of our stories include affiliate links. If you buy something through one of these links, we may earn an affiliate commission.