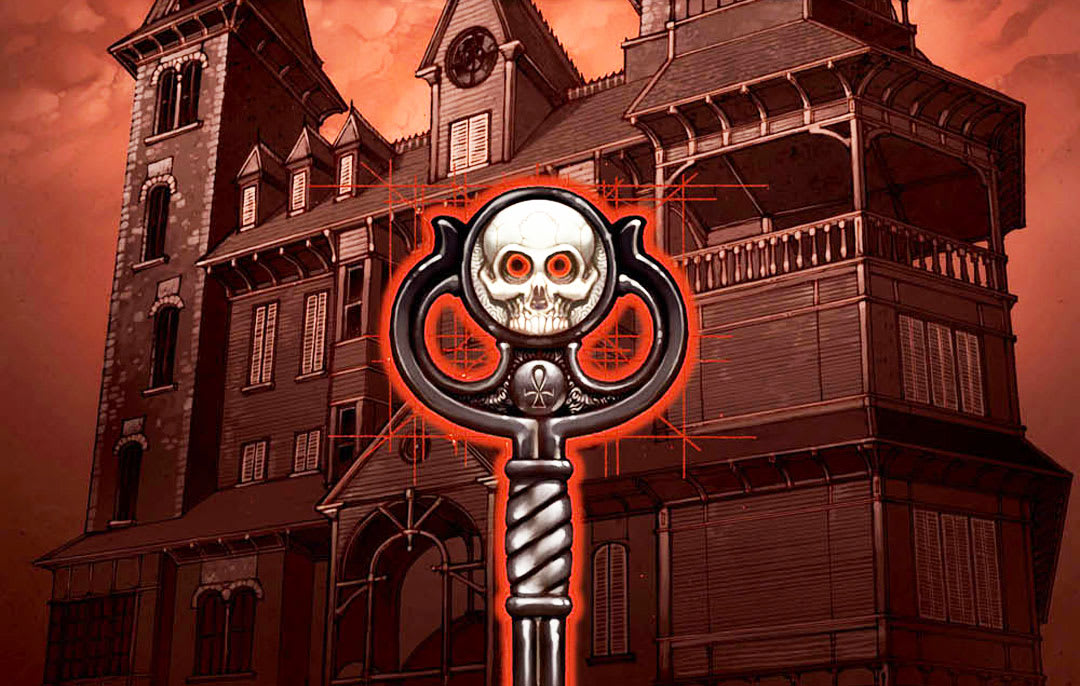 After a few false starts, Joe Hill and Gabriel Rodriguez's award-winning horror comic Locke & Key is getting another shot at coming to your screen. Hulu is producing an hour-long pilot adaptation with Lost's Carlton Cuse executive producing and Doctor Strange director Scott Derrickson filming it.

I'm directing the @joe_hill TV pilot adaptation of his own amazing graphic novel for Hulu and producer @carletoncuse pic.twitter.com/7J6PzffSvk

The comic follows three siblings of the Locke family returning to their ancestral home in Lovecraft, Massachusetts, after their father is brutally murdered. There they explore a house with doors unlocked by magical keys that bestow powers...and a malevolent demon determined to steal them all for itself.

The first pass at a Locke & Key adaptation was six years ago, when Fox ultimately passed on a pilot backed by producer pair Roberto Orci and Alex Kurtzman and starring Mirando Otto and Nick Stahl. Amazon's audiobook service Audible adapted the series into a 13-hour radio drama in 2015 with its own impressive cast, but here's hoping Hulu's take is the small screen version the comic's fans have been waiting for.

Via: The Verge
Source: The Hollywood Reporter
Coverage: Deadline
In this article: av, comics, entertainment, hulu, IdwComics, joehill, LockeKey
All products recommended by Engadget are selected by our editorial team, independent of our parent company. Some of our stories include affiliate links. If you buy something through one of these links, we may earn an affiliate commission.