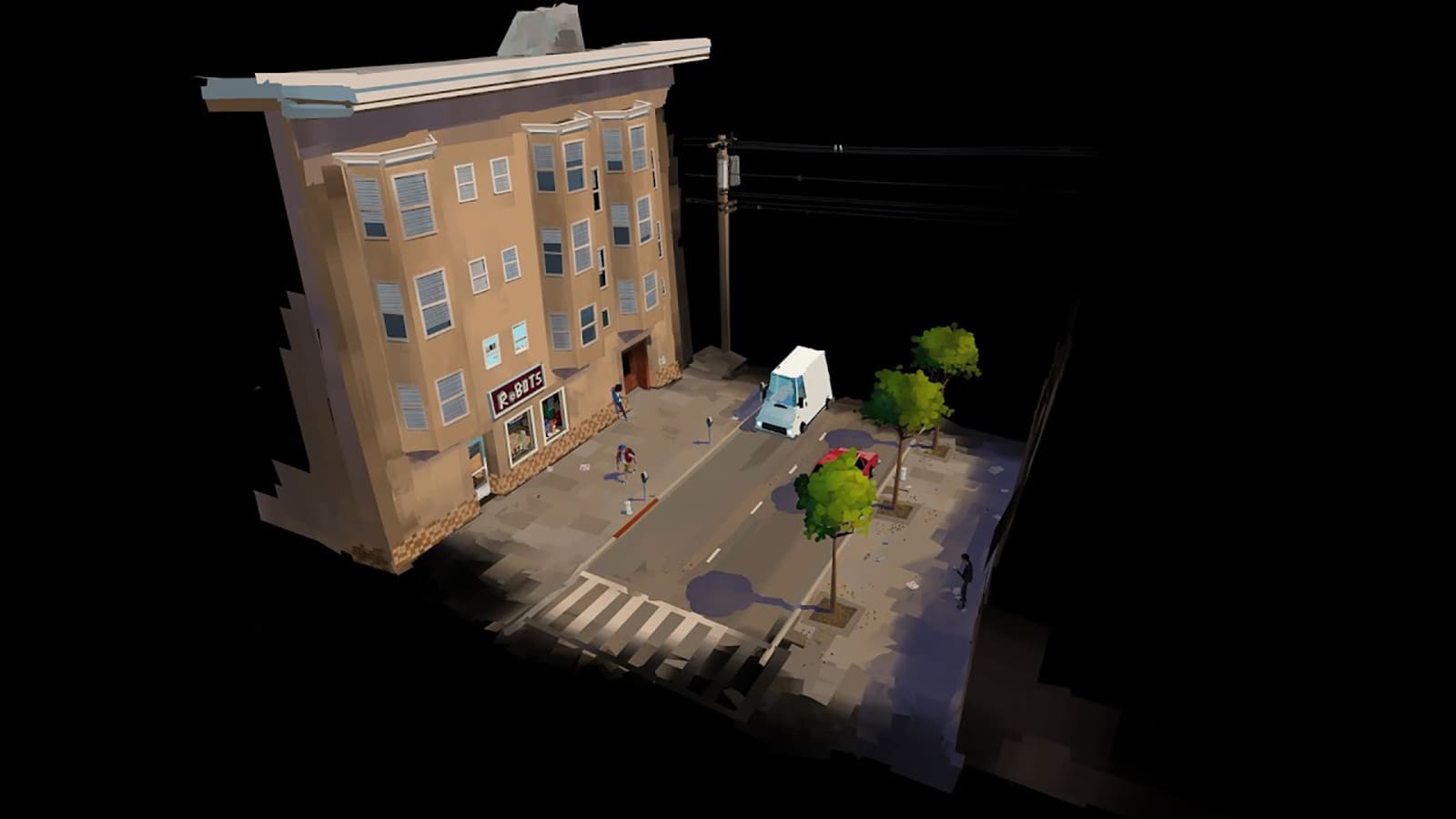 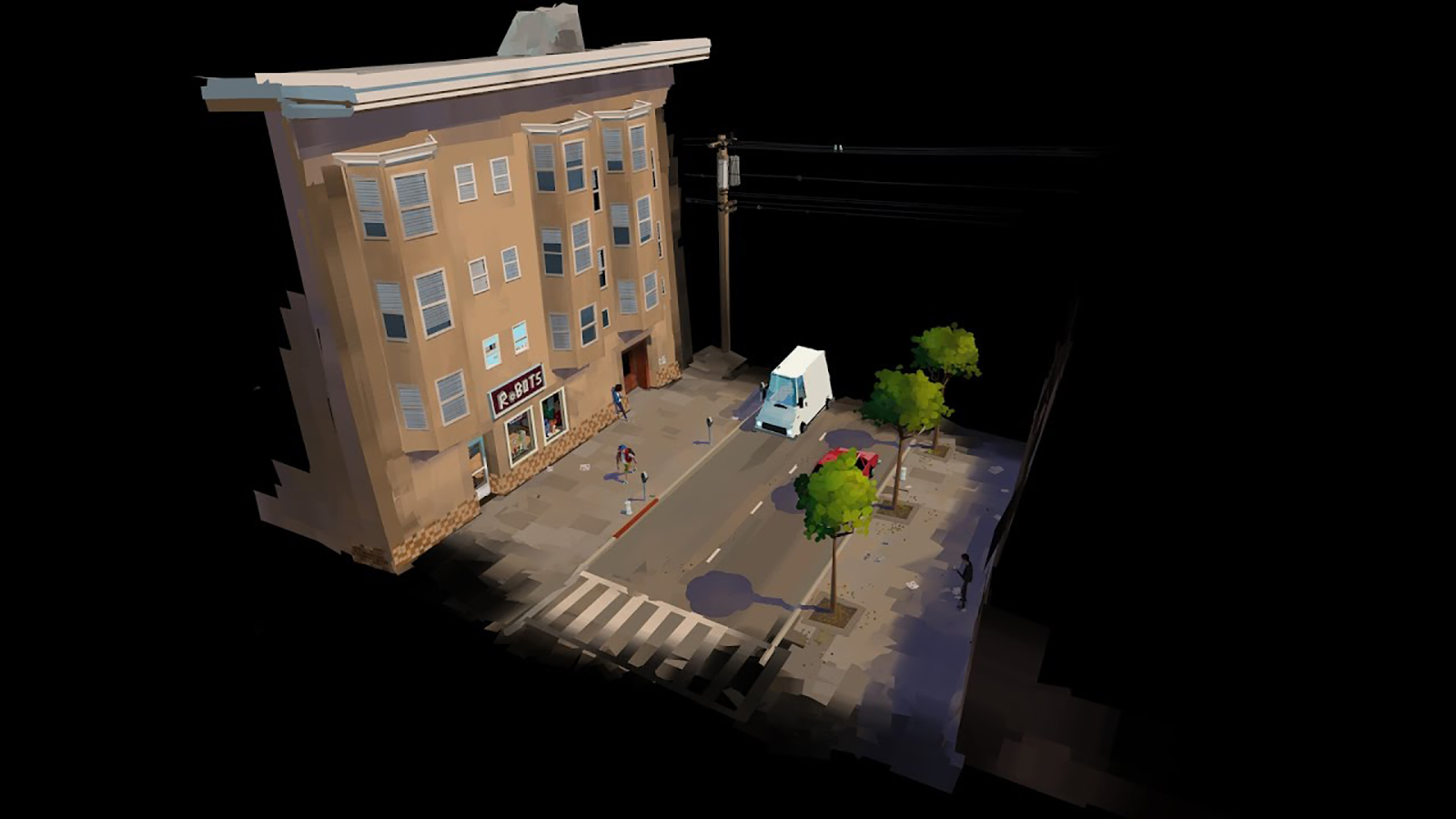 Quill, like Google's Tilt Brush, is an artistic tool that lets you paint in virtual reality. Designed for the Oculus Rift, it's a liberating way to draw and view art in 3D space. The next step? Animation. Goro Fujita, art director at Oculus Story Studio, has created a small but beautifully detailed street which you can explore with the Rift. It's all hand-drawn, and positional audio means you can hear birds chirping in the trees, as well as cars rushing by and a nutty engineer building robots in his store. He's uploaded a guided tour to YouTube, which I highly recommend checking out.

The public version of Quill doesn't offer any animation tools at the moment. As Fujita explains in his video, the app's development team -- which is also part of Oculus -- allowed him to "test" a new version which has these capabilities. "I started with a street and animated a guy walking down this street frame-by-frame," he recalls in the description. "Then I added a guy smoking a cigarette on the other side of the street all as looping animations. The more I added to the scene, the more magical it became." Fujita spent 80 hours creating the bite-sized scene. It even includes his flat, complete with a cartoon version of Fujita painting in VR.

Here's the real and virtual version side-by-side, for comparison:

It's not the first time a VR movie has been made with Quill. Dear Angelica, an immersive piece about a young woman, Jessica, reminiscing about her late mother, was created with the software by Oculus Story Studio. It premiered at Sundance Film Festival and was described by our own Devindra Hardawar as "truly unique" and "genuinely moving." For now, it's unclear if these animation tools will be offered to the public. I hope they are, because it would make the concept (genre?) accessible to a larger pool of artists. We've seen what Rift and Vive owners can do with VR painting software -- just imagine what they could make with these extra tools.

Via: VR Scout
Source: A Moment in Time
In this article: 3Dart, art, facebook, oculus, OculusRift, OculusStoryStudio, quill, tomorrow, virtualreality, vr, vrpainting
All products recommended by Engadget are selected by our editorial team, independent of our parent company. Some of our stories include affiliate links. If you buy something through one of these links, we may earn an affiliate commission.