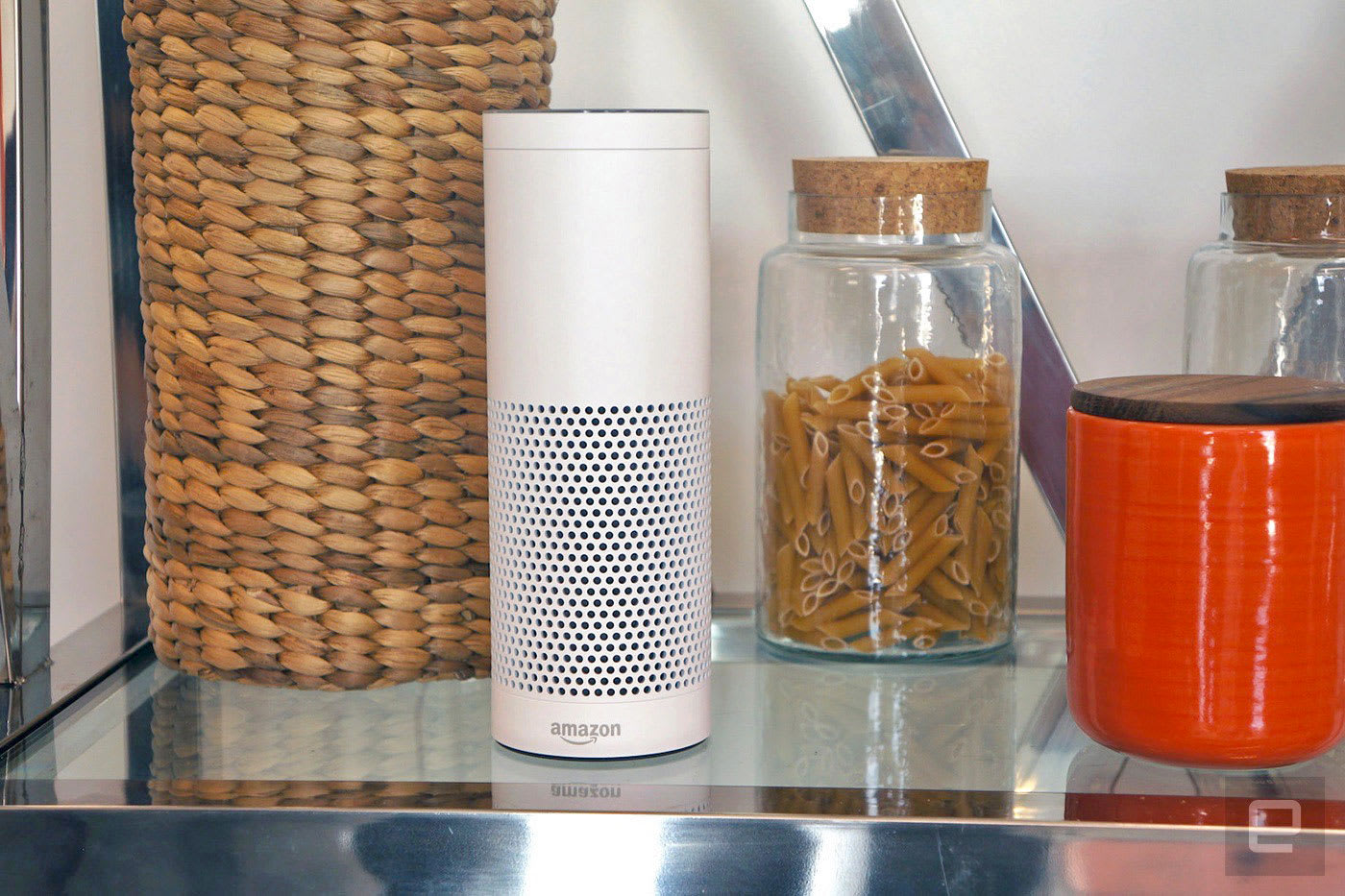 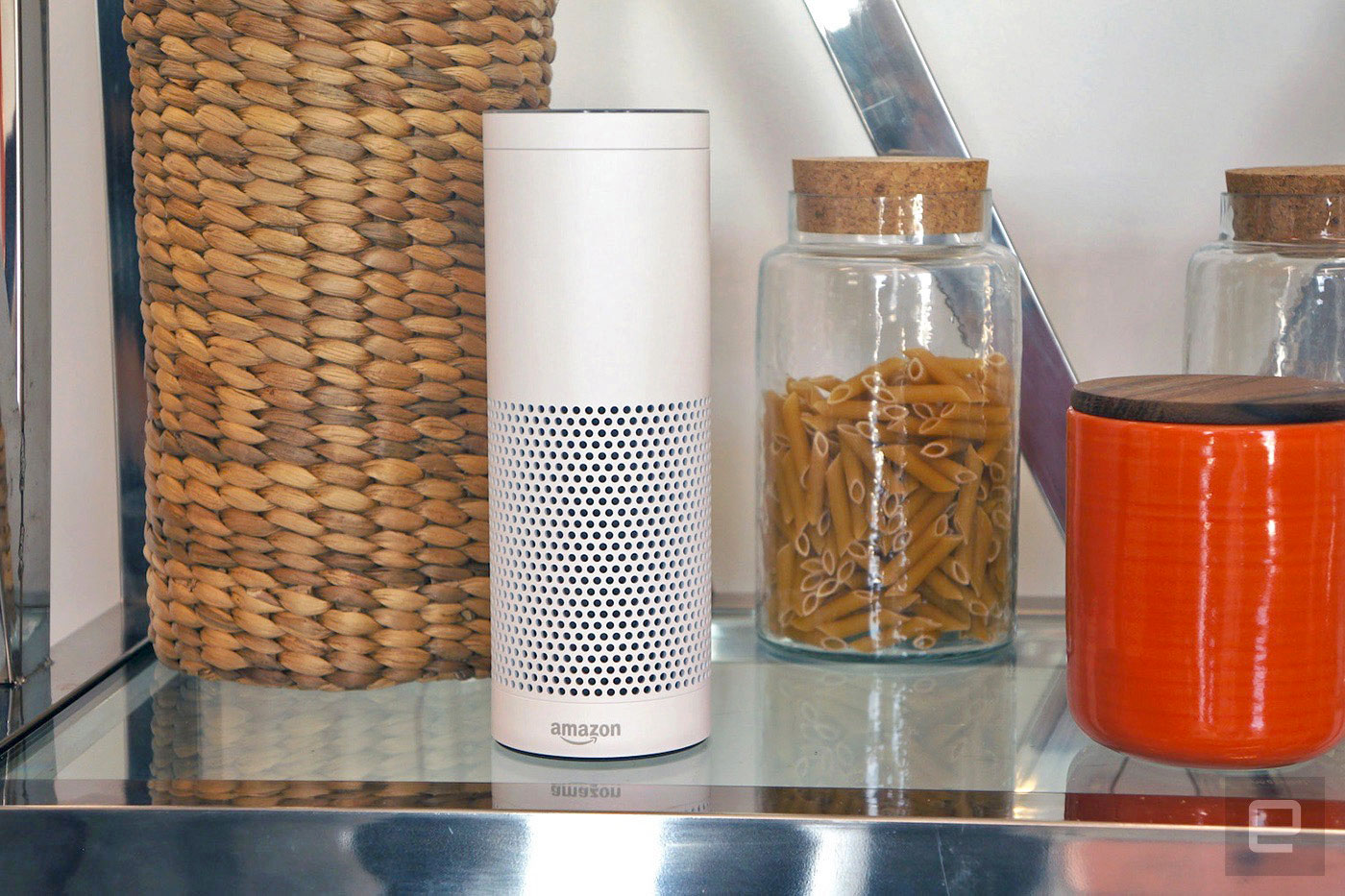 Powered by Alexa, the Amazon Echo and smaller Echo Dot speakers can carry out scores of tasks from setting alarms and giving weather reports to checking sports scores and ordering an Uber. But there's plenty more on offer, including a wide range of fun easter eggs. Here are some tips and tricks for Alexa that you might not know about.

One of the Echo's latest skills could actually save your life. Launched by the British Red Cross, it can give you vital advice when you need it, or help you practice in your spare time. After enabling it, you can ask questions like "Alexa, ask First aid how to help someone having a seizure". Obviously, if it's an emergency, dial 999.

For something a little less serious, there are plenty of cool tricks for Star Wars fans. Just try saying "Alexa, speak like Yoda", "Alexa, use the Force," or "Alexa, I am your father." Expect plenty more to land in time for The Last Jedi's release in December.

Check up on your energy bills

Your Echo can be used to control all sorts of smart home kit from Philips Hue lightbulbs to British Gas' Hive smart thermostat. Energy provider EDF now lets you to check on your account by saying "Alexa, ask EDF Energy..." followed by a series of commands including "...for my account balance", "to accept my meter reading", and "when my next payment date is". 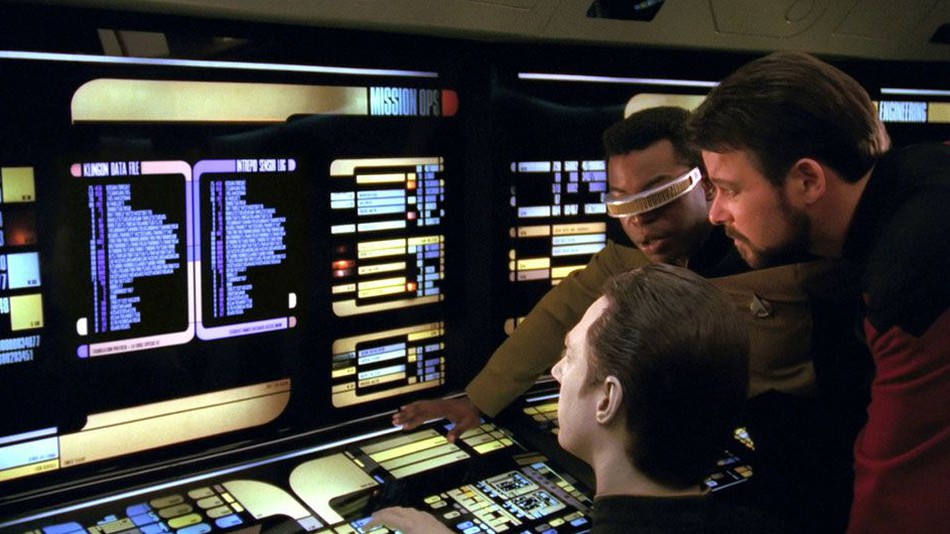 While the default wake word to fire up the the Echo is "Alexa", users can also choose from "Amazon", "Echo" or "Dot". Much to the delight of Star Trek fans, last year Amazon added the ability to address its assistant as "Computer" by simply tweaking the wake word settings in the Alexa app.

Alexa is invaluable as a hands-free cooking assistant, not only is it possible to set timers, and check how long is left on a timer without having to wipe you hands first, you can also check on imperial to metric conversions (and vice versa) and make simple queries like "Alexa, how long to cook a hard boiled egg?".

In February, Alexa hit 10,000 skills with the introduction of this music-based game. Beat the Intro first started as an interactive DVD game before being ported over to an app and eventually landing on the Echo. The game can be installed by saying "Alexa, enable Beat the Intro". To play, simply say "Alexa, open Beat the Intro" and you'll hear the dulcet tones of DJ Neil 'Foxy' Fox. 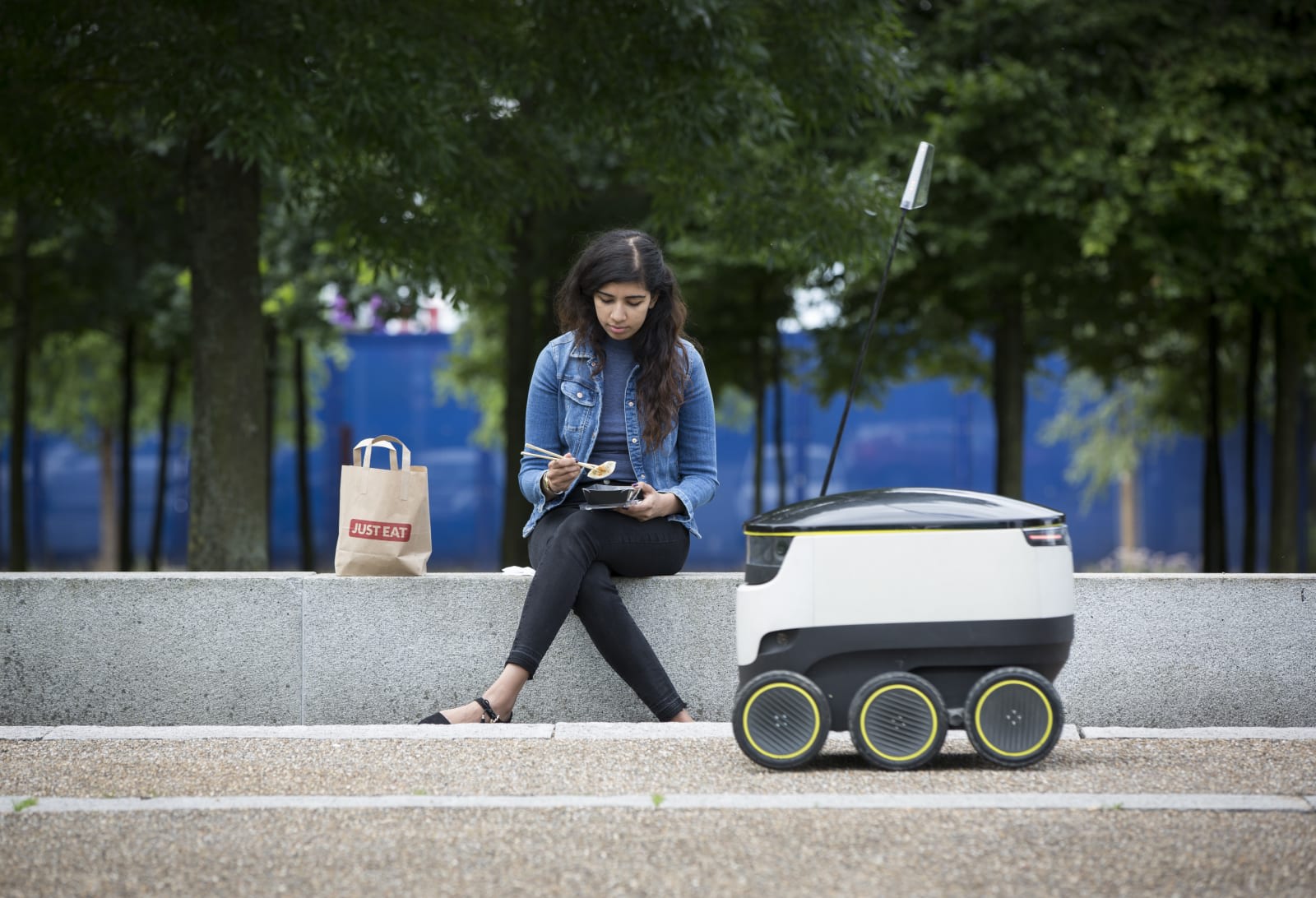 Just in case ordering a takeaway using your hands is too much like hard work, now you can do it by simply asking Alexa. Using the Just Eat skill, you can now order food for delivery from the numerous restaurants listed. The skill is still under development, so for now you can only re-order your favourites by saying "Alexa, ask Just Eat to re-order".

Travel search engine Skyscanner can be used to look up flights via the Echo or alternatively Virgin Holidays' Alexa skill can be used to search for the best value ticket from a database of dates, airports and destinations. The results of the search are sent as a booking link to the Alexa app.

Guess the song from the lyrics

You might not alway know the name of the song you want to play, but Alexa is on hand to help. She doesn't always get it right, especially if there are multiple versions of the same song, but for example, saying "Alexa, play the song that goes: life is a mystery, everyone must stand alone" will fire up Like A Prayer by Madonna.

Previously, it was only the smaller Echo Dot speaker that could be paired to a Bluetooth speaker, but now the larger Echo has joined the party. To hook up the Echo to a bigger (and better) speaker, you can head over to the Settings on the Alexa app and select Bluetooth, then Pair a New Device. 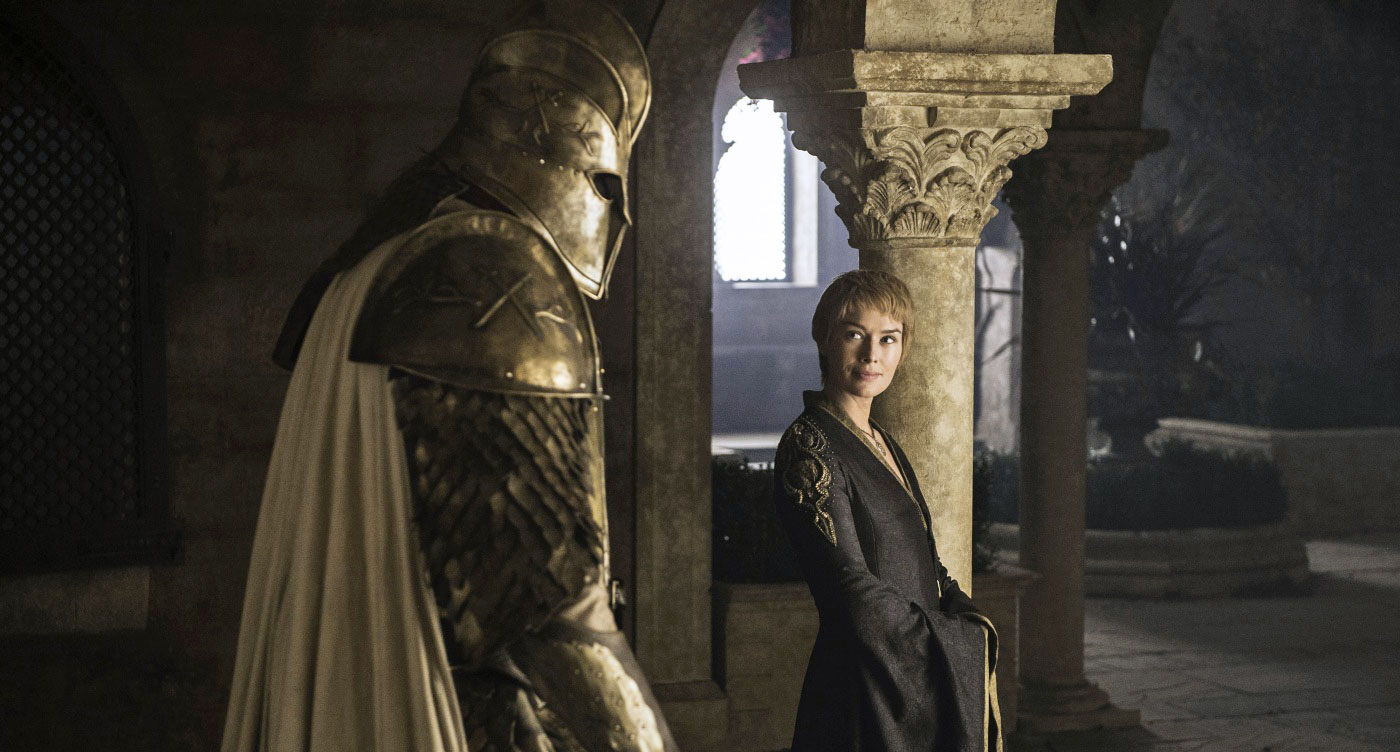 With the hugely popular fantasy drama entering its seventh series this year, there are plenty of Easter eggs to keep you amused in the meantime. Just try asking "Alexa, who is the mother of dragons?" or "Alexa, what does Jon Snow know?". Or keep it simple with "Alexa, winter is coming."

Have fun with song lyrics

Engage in some lyrical bantz with Alexa by saying "Alexa, I shot the sheriff", "Alexa, is this the real life?" or "Alexa, this is ground control to major tom". Or drop in a Spinal Tap Easter Jeff with "Alexa, go to eleven" or even prompt a particularly bad dad joke with "Alexa, what is Adele's favourite card game?".

Commuting can be a nightmare at the best of times, but National Rail's Alexa skill makes it a little easier to stay updated. After setting up your usual commuting route within the app, you can ask "Alexa ask National Rail how my commute is". Or for London Underground updates head over to The Tube skill and ask about your chosen line, for example, "Alexa, ask The Tube about the Victoria line."

Get your laundry done

Billed as the 'world's first voice-activated laundry service, Laundrapp can now be used via Alexa to make your dry cleaning easier. "Alexa, ask Laundrapp to collect my clothes tomorrow" will book in a collection, completely hands-free.

Translate things into other languages

The incredibly useful Translated skill will tell you how to say simple foreign phrases. Once enabled you can say "Alexa, open Translated", followed by a question or simply say "Alexa ask Translated how do you say how are you in Spanish".

For fans of Amazon Prime Video's Top Gear reboot, there are plenty of Easter eggs on offer to fill the gaps between episodes. Just try asking "Alexa, what do you think about Jeremy Clarkson?", "Alexa, tell me two truths and one lie about The Grand Tour" or "Alexa, how Slow is James May?".

In this article: alexa, alexaskills, amazon, amazonecho, av, echo, gear, home, internet, skills
All products recommended by Engadget are selected by our editorial team, independent of our parent company. Some of our stories include affiliate links. If you buy something through one of these links, we may earn an affiliate commission.