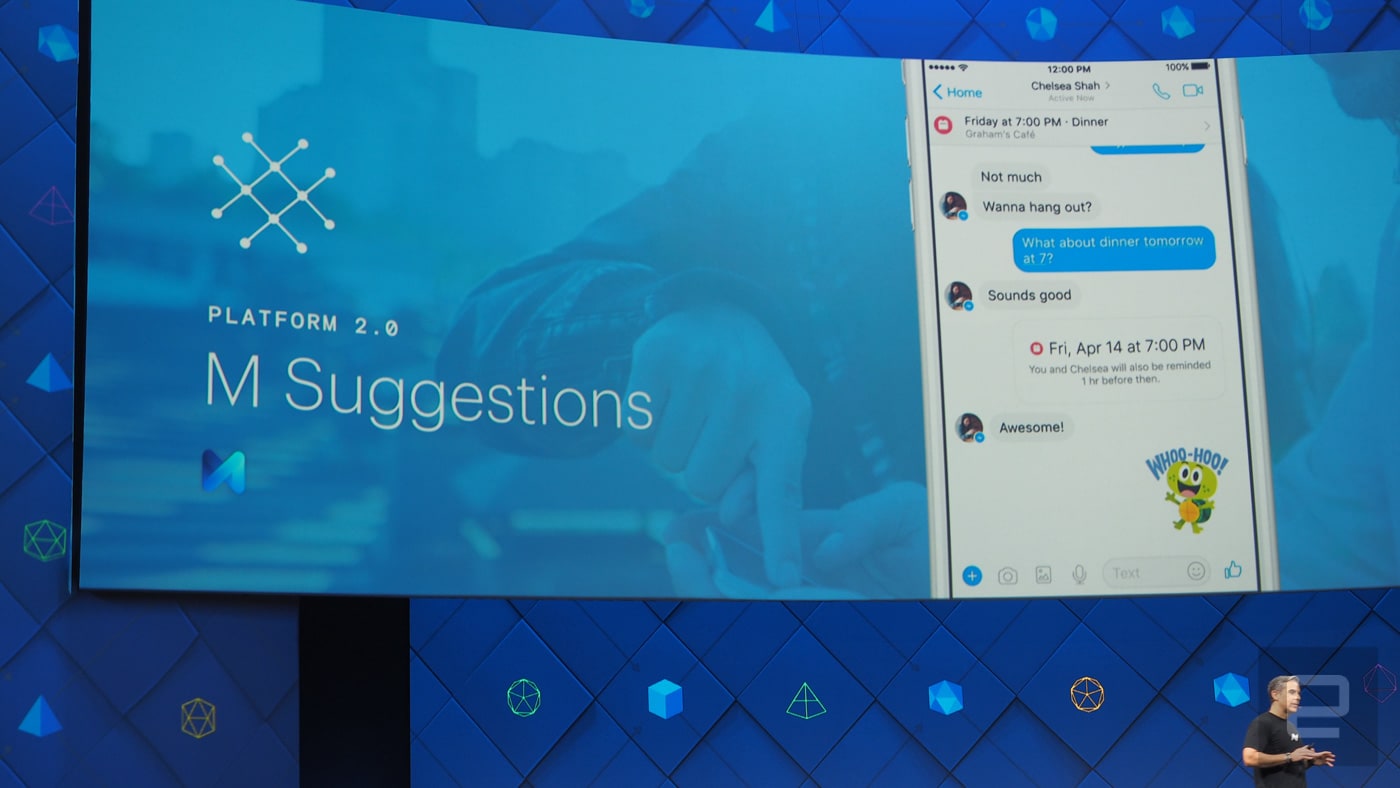 If you've been paying any attention to what Facebook is up to lately, you'll know that artificial intelligence and conversational chat bots are two of the most important initiatives for the company. Today, the Facebook Artificial Intelligence Research group (FAIR) is announcing a new initiative that bridges the two. A new online "lab" will let anyone test and use publicly-available datasets to test their own AI dialog systems. The new system, called ParlAI, is FAIR's attempt to make smarter AI bots that aren't as single-minded as many of the ones available now.

By pulling from the 20+ different datasets that Facebook is making available, the hope is that people will build multi-purpose dialog systems that pull from all of the various data sets. Not only will this help those AI bots be more functional, it'll also allow for better "training" of AI dialog so that they learn faster and communicate in a more human way than they have thus far.

While anyone can try ParlAI out, it's not really meant for developing bots -- it's more to be used for training dialog systems in a better way to begin with. That way, when they're actually deployed and used to interact with actual humans, they'll be smarter and converse in a more natural fashion. Another notable aspect to ParlAI is that it directly links to Amazon Mechanical Turk so you can have humans test your code directly.

If you're interested in AI dialog, ParlAI is up on GitHub now -- the team behind it says to expect some bugs, though, as this is just a beta release. It'll be a while before the research and testing that comes out of this project actually makes it better to talk with chat bots and other artificial intelligence systems, but it could be an important step towards making things like Facebook M, Google Assistant, Siri and Alexa feel more human.

Source: ParlAI
In this article: ai, applenews, artificial intelligence, bots, facebook, facebookai, facebookbots, fair, gear, machinelearning, robots
All products recommended by Engadget are selected by our editorial team, independent of our parent company. Some of our stories include affiliate links. If you buy something through one of these links, we may earn an affiliate commission.