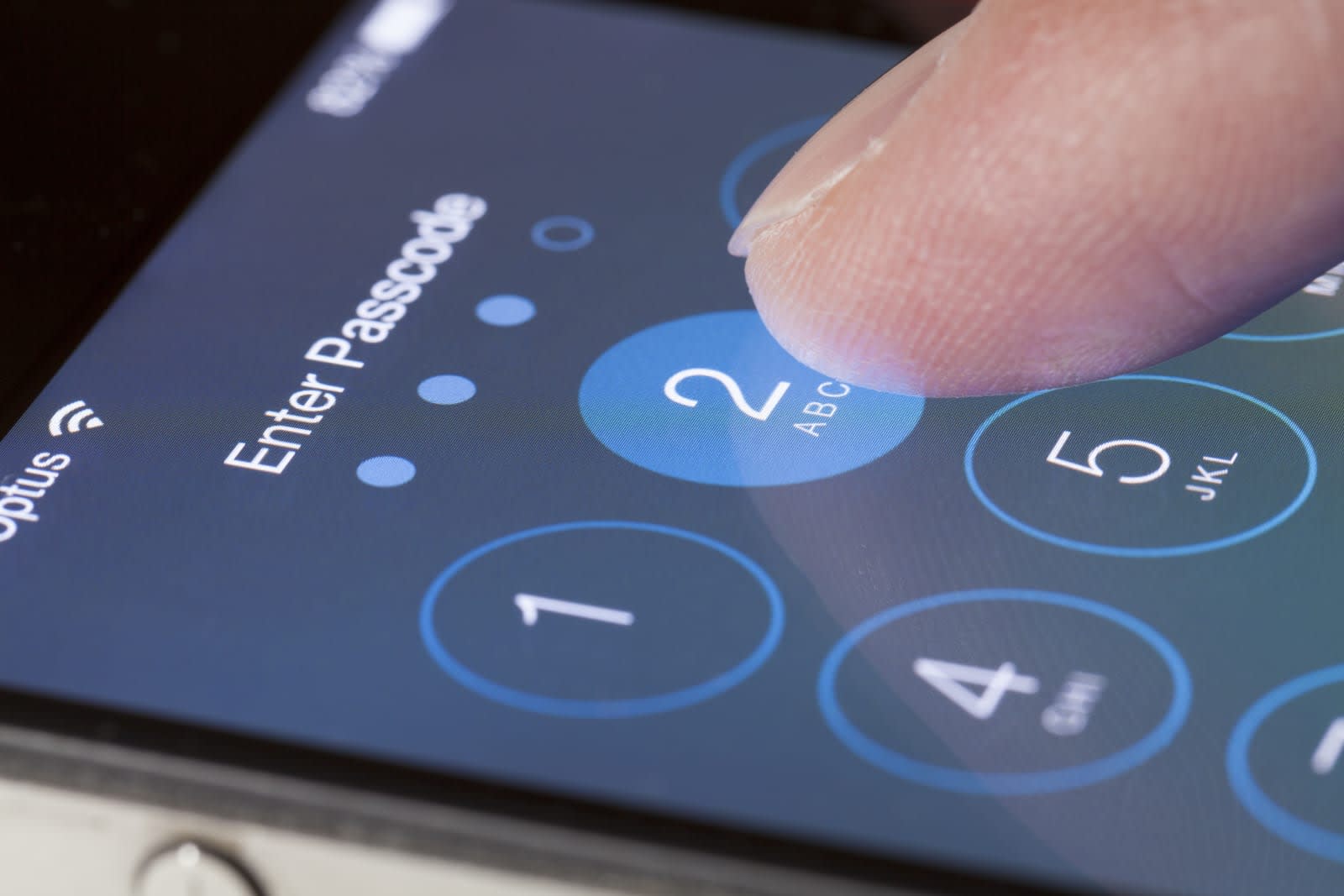 US courts are still torn about how to handle defendants who refuse to give up passcodes for encrypted smartphones, judging by two recent court cases reported in the Miami Herald. In one, child abuse defendant Christopher Wheeler got six months in jail for failing to provide a correct code, despite pleas to the judge that he couldn't remember it. In a different court, a judge let off Wesley Victor (accused of extortion), even though he also claimed to have forgotten his iPhone code.

The main difference in the cases is that ten months had passed after Victor's initial arrest, and as his lawyer argued, "many people, including myself, can't remember passwords from a year ago." In the same case Victor's girlfriend (and reality TV star) Hencha Voigt was ordered to divulge her code to police, but provided one that didn't work. She's also facing contempt of court charges, and is scheduled to appear next week. Both defendants are accused of threatening to release sex tapes stolen from social media celeb YesJulz unless she paid $18,000.

The cases underscore the dilemma faced by law enforcement officials in dealing with new-fangled encryption tech. According to the Fifth Amendment, defendants have the right not to say anything that could be used against them, including, you'd think, divulging a passcode. However, the judge in the celebrity case, Charles Johnson, thinks it's not a Fifth Amendment matter. "For me, this is like turning over a key to a safe-deposit box," he said.

[An accused] may in some cases be forced to surrender a key to a strongbox containing incriminating documents, but I do not believe he can be compelled to reveal the combination to his wall safe -- by word or deed.

He's referring to a statement made by Supreme Court Justice John Paul Stevens in a 1998 case dissent that stated police should be able to compel defendants to turn over a safe key, but not a combination. "[An accused] may in some cases be forced to surrender a key to a strongbox containing incriminating documents, but I do not believe he can be compelled to reveal the combination to his wall safe -- by word or deed." In other words, if a defendant makes use of "the contents of his own mind," as the SCOTUS put it, he should be protected by the Fifth.

In Florida where both of the recent passcode cases took place, the state Court of Appeals ruled that defendants can sometimes be compelled to give up codes, based on the "foregone conclusion" doctrine of the Fifth Amendment. That states that if police are reasonably certain of exactly what they're going to find (whether we're talking about papers in a safe or messages on a smartphone), then a defendant can be compelled to testify in spite of the Fifth.

However, experts have argued that smartphones should largely be exempt from that doctrine. Police often have no idea what they'll find on a device, so passcode demands are tantamount to "fishing expeditions," wrote Orin Kerr in the Washington Post. Confusing matters, courts have ruled that police can force subjects to use fingerprints to unlock phones, since that doesn't require the contents of their minds.

Judge Johnson cited the Court of Appeals judgement in the case of Voigt, saying "that's the law in Florida at this point." There's no word on an appeal by Wheeler, but at this point, it seems the final word on passcodes and encryption must eventually come from the US Supreme Court.

Source: Miami Herald
In this article: applenews, courts, FifthAmendment, gear, iPhone, mobile, passcode, Password, smartphones
All products recommended by Engadget are selected by our editorial team, independent of our parent company. Some of our stories include affiliate links. If you buy something through one of these links, we may earn an affiliate commission.