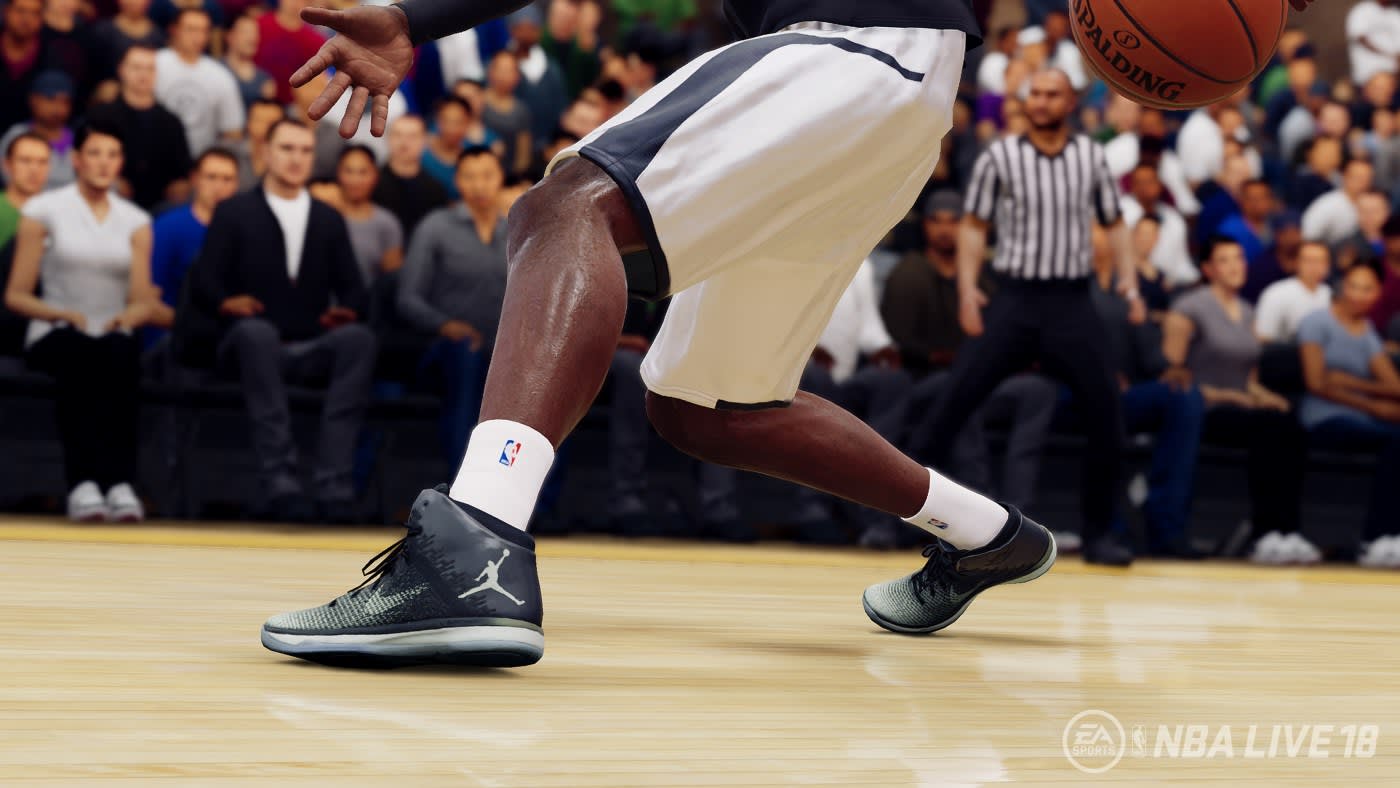 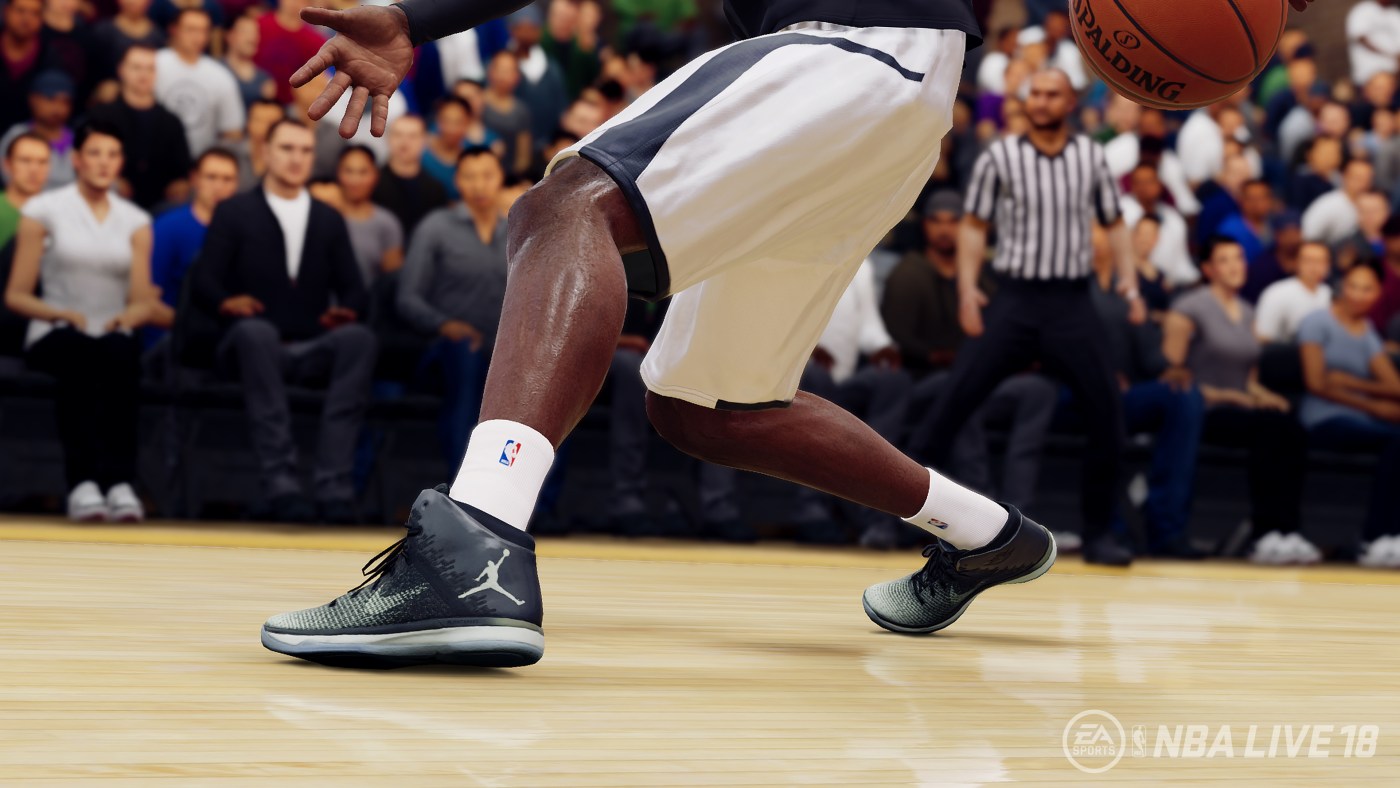 Long since its groundbreaking launch in 1995, EA's flagship basketball game has had a troubled run this decade, but NBA Live 18 shows that it may be able to turn things around. After missing last year entirely (following a hiatus between the 2010 and 2014 editions), its return is based on both revamped gameplay and a new story mode titled "The One." Each element takes aim at some of the best features its competition, NBA 2K, has refined over the last few years, while trying to bring back what producer Mike Mahar called "the magic" of previous games.

As Mahar explained in an interview with Engadget, by upgrading the technology underpinning the game, "We've added a lot more physicality, both on defense around the perimeter, and in the post, and around the rim, a lot of collisions, dunk-ons, really cool stuff that you'd expect to see in the NBA. And we've added a game mechanic that will, essentially allow you to play. I guess the best metaphor I can come up with is almost like a fighting game on the perimeter."

He added: "If you're the offensive player, your timing, your skill and the character you're controlling, your success in getting to the rim and dunking it, or taking it to the hole is predicated on your twitch skills and the skills of your character versus my defensive player. My twitch skills, and my ability to cut you off and shut you down open up timing windows for me to steal the ball or kind of make you pick the ball up."

The improved animations and control were apparent in the demo I played and were enough to make the players feel more like their real-life counterparts. I couldn't help but compare it to 2K, where despite its depth and realistic feel, I've rarely mastered the controls well enough to regularly pull off player-specific highlights like the ones you see in Momentous trailers.

Here, LeBron's between-the-legs dribble, Klay's three-point celebration or Draymond flexing were just a bit more accessible than I've become accustomed to, and felt like they were pulled right out of the real NBA game.

That said, not everything felt perfect right away. The jump-shot meter seemed like something pulled from Madden's kicking game and was tough for me to get a read on right away, and while the system for switching players or passing was generally intuitive, the process of holding down a bumper while also selecting a button to choose a specific player wasn't as smooth as in other games.

In the demo, I got to try an NBA finals game featuring the Cavaliers vs. Warriors, and a Drew League game featuring all-star squads, but the other highlight feature of NBA Live 18 is its new "The One" mode, which allows players to take a player through the ranks of streetball pro-am competitions and (hopefully) the NBA.

By including both elements so strongly -- Mahar called it RPG-like, citing games like FIFA Ultimate Team and Destiny as part of the inspiration -- it varies a bit from NBA 2K's MyPlayer, while also allowing for co-op play, "boss battles" and more. 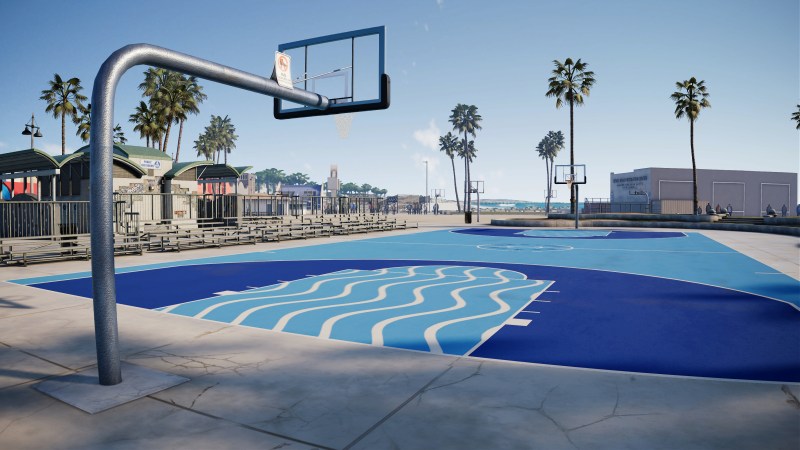 According to Mahar, "It was about listening to what our players had to say, really how they liked playing the game, and what the most popular way to play basketball games and generally sports games. ... You can still play in a league and dominate the NBA and win rings and win MVPs and make the All-Star team and do all of that and become a legend, but we also want to take a big part of the basketball world, which is the streets and the pro-am."

The One is about making this a year-round game for players, not simply tied to the ebb and flow of the NBA season and roster updates.

Addressing last year's delayed game (that turned into Live 18), he said that given "the technical capabilities, the volume of animations, the revamping of a lot of our systems, the breaking down of our modes, adding to them and building them back up ... it's just, frankly, something we didn't think we could do in the span of one cycle, and the last thing we want to do for the players who want to play our game is to kind of under deliver on that promise."

The decision to get it right may have been a hard one, but it's borne out in the quality of the game so far -- if only everyone had learned this lesson already. The team at Tiburon has mostly answered my question of whether or not it can make a game that compares to the competition, but between now and August we'll have to see more -- and it appears there is a lot more, especially when it comes to The One and multiplayer -- about how it can surpass the juggernaut that is 2K. Even if it's just as good, players will want to persuade their friends to make the switch before buying into EA's basketball vision. 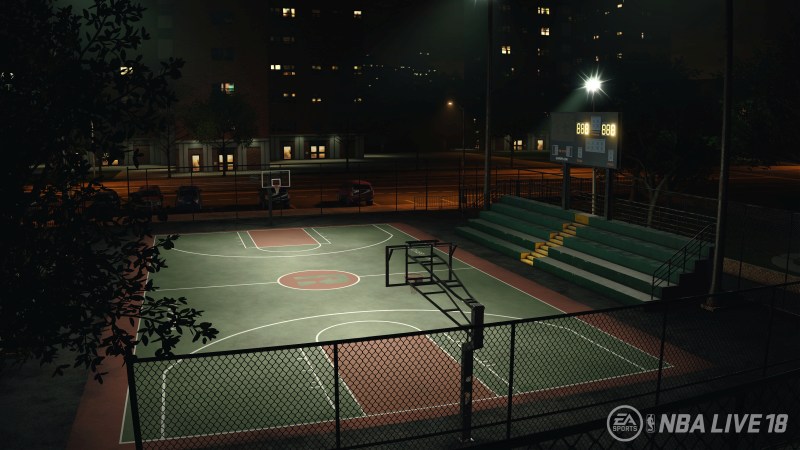 In this article: applenews, av, basketball, E32017, EA, EASports, gaming, gear, interview, NBALive, NBALive18, sports, video
All products recommended by Engadget are selected by our editorial team, independent of our parent company. Some of our stories include affiliate links. If you buy something through one of these links, we may earn an affiliate commission.