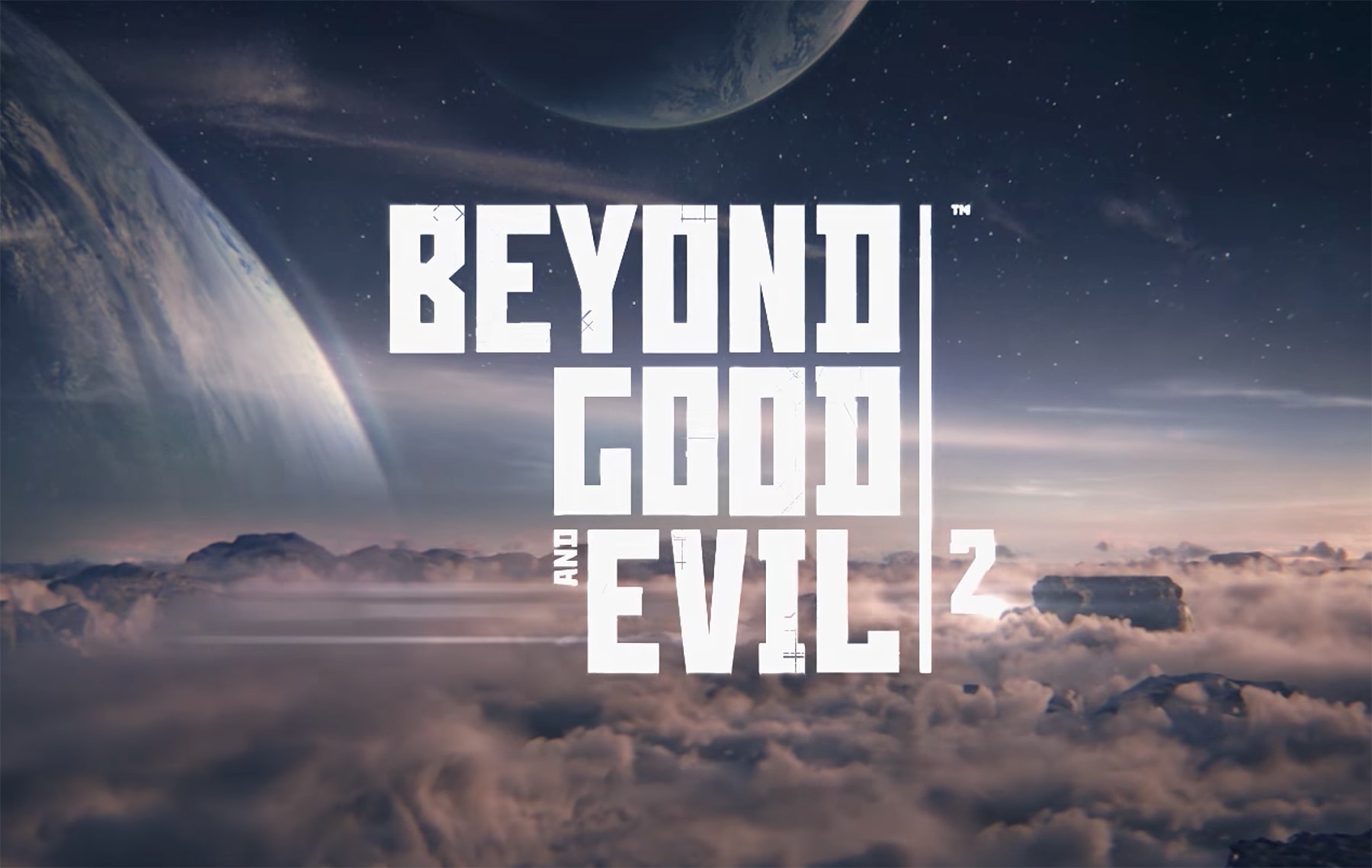 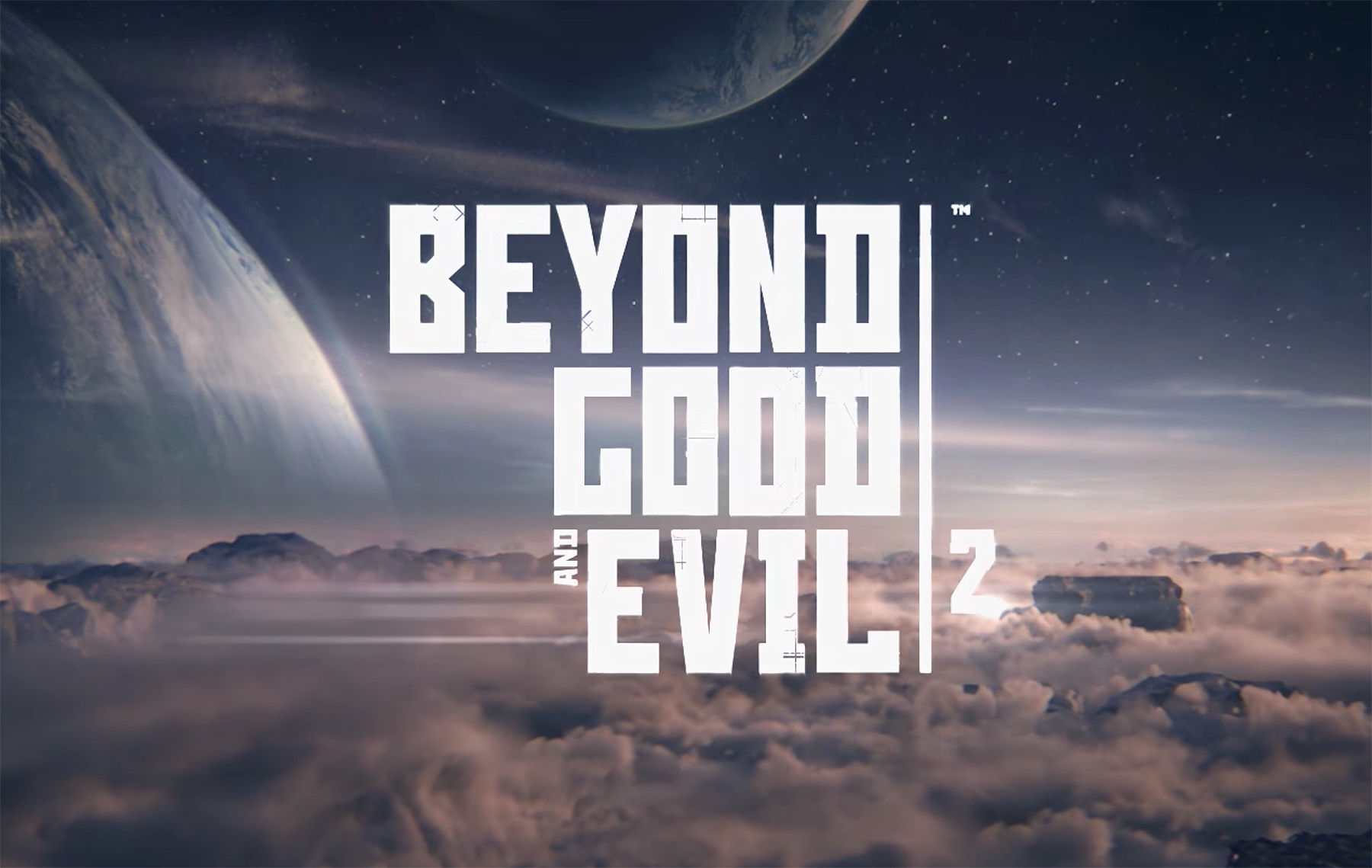 It's happening. It's really happening. We can't believe it's real, but it is: Beyond Good & Evil 2. At Ubisoft's E3 press conference, the long-awaited sequel was finally re-revealed with a brand new CG trailer. It starts with an anthropomorphic pig (is that Pey'j?) trying to strike a deal with a monkey in a rundown bar. It quickly turns sour, allowing the primate to escape with a mysterious woman on a hoverbike. The scene then peels back to reveal a clunky sci-fi city built on top of rustic temples with broken and abandoned parts. It ends with the pair returning to a secret spaceship nestled in a misty valley, before blasting off in search of a mythical paradise.

Our first impression? Wow, this game has a different tone now. Throughout the entire trailer, characters are cussing ("that's Swiss-f**king-chocolate, pig!") and throwing around the sort of slang you would expect in an R-rated movie. It's in stark contrast to the original game, which came out in 2003 and was pretty family friendly. On stage, narrative director Gabrielle Shrager explained that the story takes place before Jade's adventure in Beyond Good & Evil. It's set in System 3, a distant galaxy where corporations create and enslave animal-hybrids. You're part of a ragtag group which is fighting for freedom and a safe space amongst the stars.

"We've been working very hard just on the technology during [the last] three years," creative director Michel Ancel added. "And today, we have a seamless online playground where we can travel across space at the speed of light. We can explore mysterious cities and explore unknown lands by ourselves or with friends."

It's safe to assume, then, that this will be a multiplayer game, although how that will weave into the team's narrative ambitions is unclear. Regardless, we're just happy to hear the game hasn't been cancelled. It's been so long, after all, since the last trailer, and even longer since we played the original on PlayStation 2, Xbox and Gamecube.

In this article: applenews, art, beyondgoodandevil, beyondgoodandevil2, e32017, gaming, ubisoft
All products recommended by Engadget are selected by our editorial team, independent of our parent company. Some of our stories include affiliate links. If you buy something through one of these links, we may earn an affiliate commission.