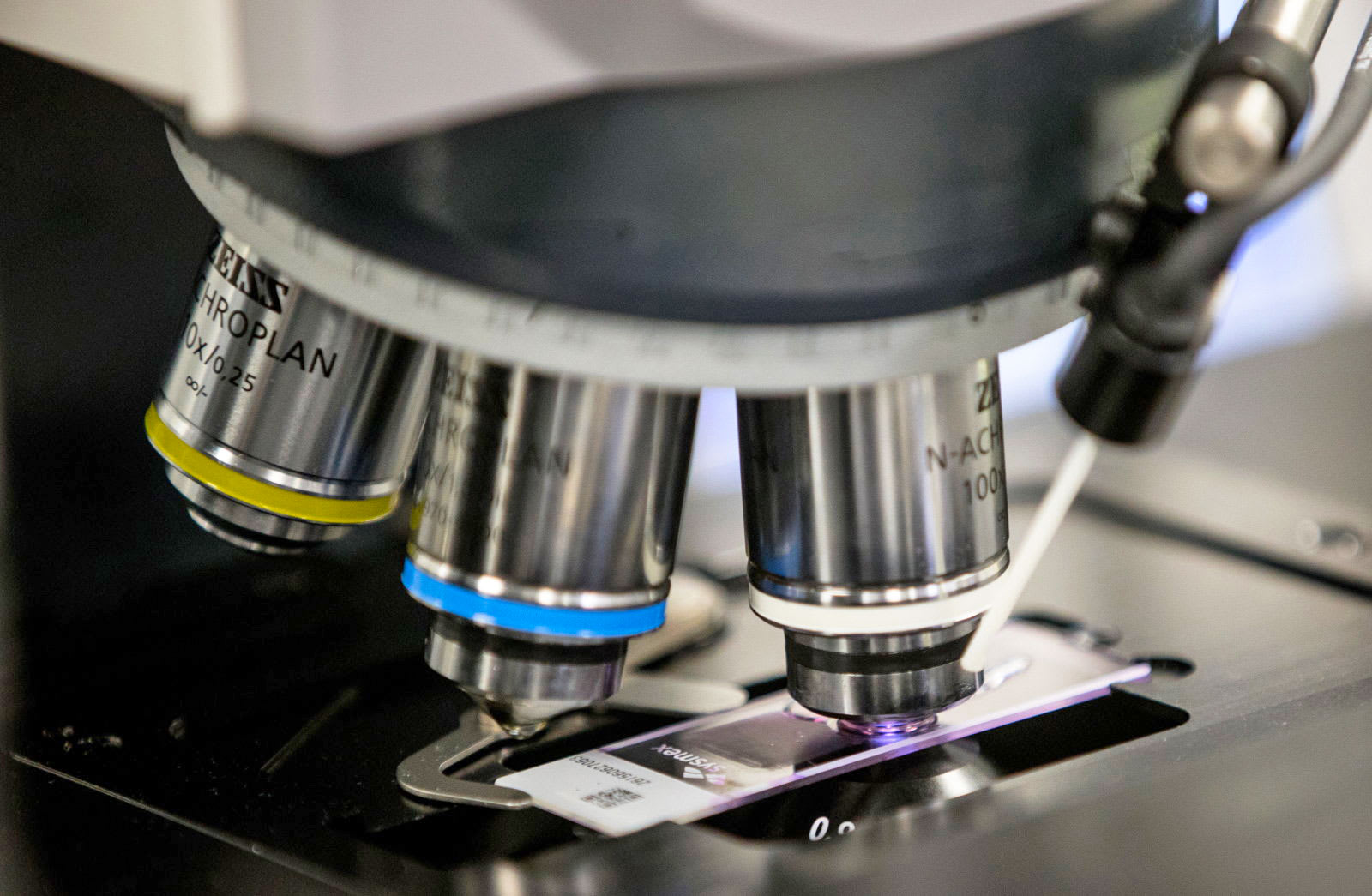 Advanced microscope technology now lets us view objects at the nanoscale, meaning, when it comes to biology, we can see details of living cells that were never possible before. But doing that comes with a few requirements that have been fairly limiting. For instance, you have to be able to pack a lot of fluorescent dye into the object you want to see and you need that dye to be really stable. Typically, those sorts of dyes grab onto proteins in the object, but proteins are often not distributed densely enough, limiting how much dye can be introduced. Also, these fluorescent dyes tend to bleach out really quickly, only giving researchers a few seconds of imaging time.

But scientists at Yale University have developed a new method that gets around both of those problems. Instead of linking their dye to a protein, they had it attach to a lipid - the fatty material surrounding most cellular organelles. Targeting lipids over proteins allows researchers to get far more dye into the object and protects that dye from photo-bleaching, meaning it sticks around much longer. With this technique, detailed views of cellular organelles like the endoplasmic reticulum can be sustained for tens of minutes rather than just seconds. The developers of this technique were even able to create 3D images of cellular organelles.

They used these high-density environment-sensitive, or HIDE, probes in the endoplasmic reticulum but they say that the same technique can be used with any lipid. Just program the probe to attach to a lipid specific to the organelle you're interested in, and it will allow for the same high-resolution, long time-lapse imaging. The research was published this week in Nature Biotechnology.

Source: Nature Biotechnology
In this article: biology, gear, imaging, medicine, microscopy, nanoscale, nanoscopy, protein, video, yale
All products recommended by Engadget are selected by our editorial team, independent of our parent company. Some of our stories include affiliate links. If you buy something through one of these links, we may earn an affiliate commission.