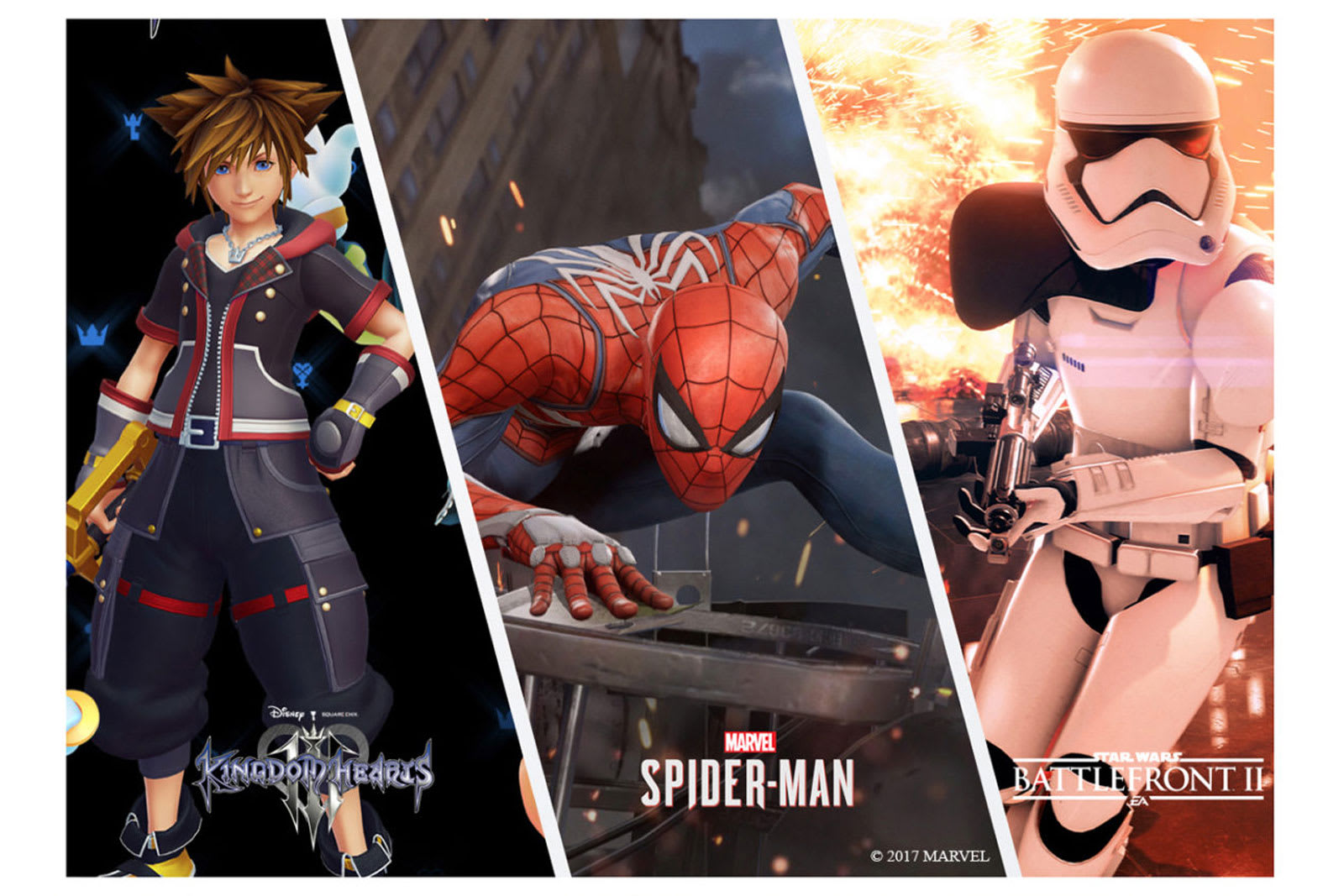 You probably don't think of a Disney fan expo as a go-to source for video game news, but you might need to reconsider this year. The media giant is livestreaming a Video Game Showcase starting at 4PM Eastern, and it promises better looks at Disney-themed games than you might have had in the past. The event will center around Square-Enix's elusive Kingdom Hearts III, Insomniac's take on Spider-Man and EA's much-hyped Star Wars: Battlefront II -- those first two in particular haven't had much screen time. Whether or not there are any big revelations, you'll have plenty of opportunities to tune in. Hosts Jacksepticeye and Strawburry17 are streaming the event on their respective Twitch and YouTube channels, while Disney itself is offering a live feed through the D23 website as well as its Facebook games page.

Source: Disney, Twitch, YouTube
In this article: av, battlefront2, d23, disney, games, gaming, hingdomhearts3, insomniac, insomniacgames, kingdomhearts, livestream, personal computing, personalcomputing, spider-man, starwarsbattlefront2, video, videogames
All products recommended by Engadget are selected by our editorial team, independent of our parent company. Some of our stories include affiliate links. If you buy something through one of these links, we may earn an affiliate commission.