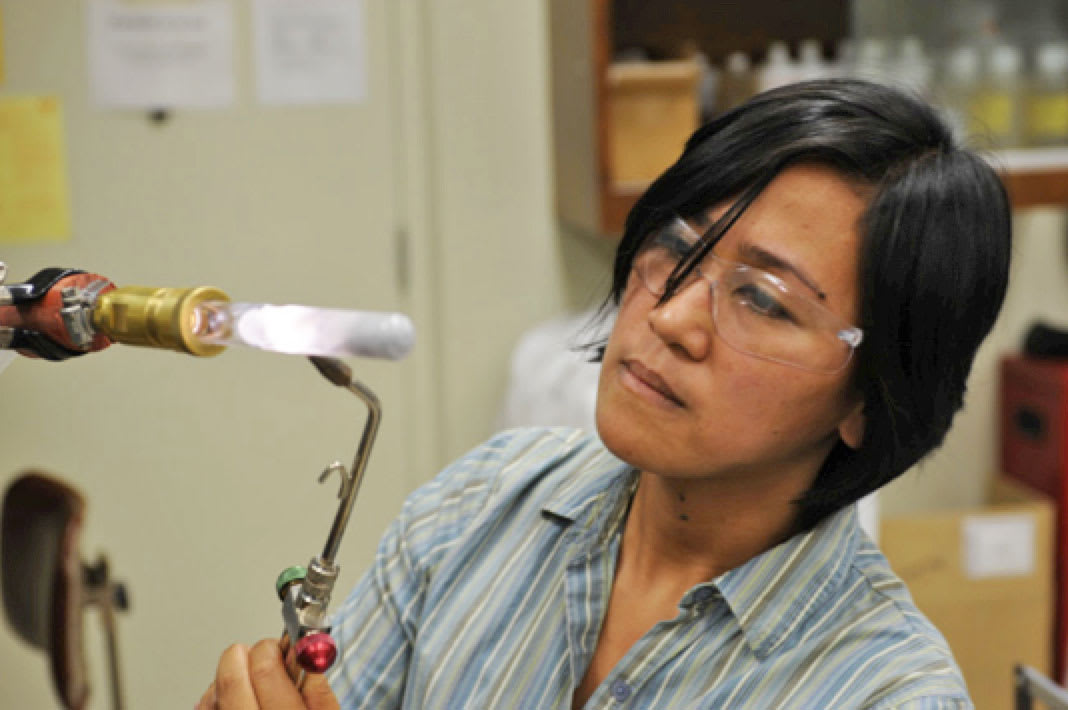 For some time, scientists have been experimenting with crystals to see if they can become a new kind of memory storage. Now, scientists at Washington State University have figured how to make a transparent crystal conduct electricity. What's more, it can be reconfigured and reused multiple times.

Researchers have been studying the possibilities of using crystals to conduct electricity, but it required extreme heat. Once the crystals were returned to room temperature, the effect faded within days. But this team was able to introduce electrical conductivity into the crystals at room temperature using light, based on an accidental discovery four years ago. As a result, the effects -- an 1,000x increase in the crystal's electric conductivity -- persist for up to one year. One of the scientists then used a laser to etch a line into the crystal, which carried a current when electrical contacts were placed at both ends.

Matt McCluskey, one of the authors in the study that was published in Scientific Reports, compared the result to an Etch-a-Sketch. "It's exciting that it's reconfigurable. It's also transparent," he explains in the press release. "There are certain applications where it would be neat to have a circuit that is on a window or something like that, where it actually is invisible electronics."

There's a long way to go before this is a reality -- just for starters, the circuit can only be erased by heating it on a hot plate. That's not exactly practical for a window. But it seems like every lab you see in a sci-fi movie has some sort of transparent electronic computer. It's always fun to see that technology might actually be catching up to what fiction imagines could be the case in the distant future.

Source: Eurekalert, Scientific Reports
In this article: crystal, personal computing, personalcomputing
All products recommended by Engadget are selected by our editorial team, independent of our parent company. Some of our stories include affiliate links. If you buy something through one of these links, we may earn an affiliate commission.