At the Monterey Car Week BMW just unveiled two new concept vehicles. Both are previews of planned production models of the Series 8 and Z4 Roadster. If the versions you'll find on the forecourt are even close to these concepts, there are going to be a lot of very happy movie producers and hedge fund managers (thanks to the probable high price and outstanding, but aggressive looks). Both cars show off the automaker's new cleaner design language with fewer but sharper lines. The result is beautiful. They look like they'll slice through the wind with hardly any turbulence thanks to the smoother surface. But the Z4 with its larger footprint but shorter bonnet is especially magnificent. When it does become available, it'll be in high demand. 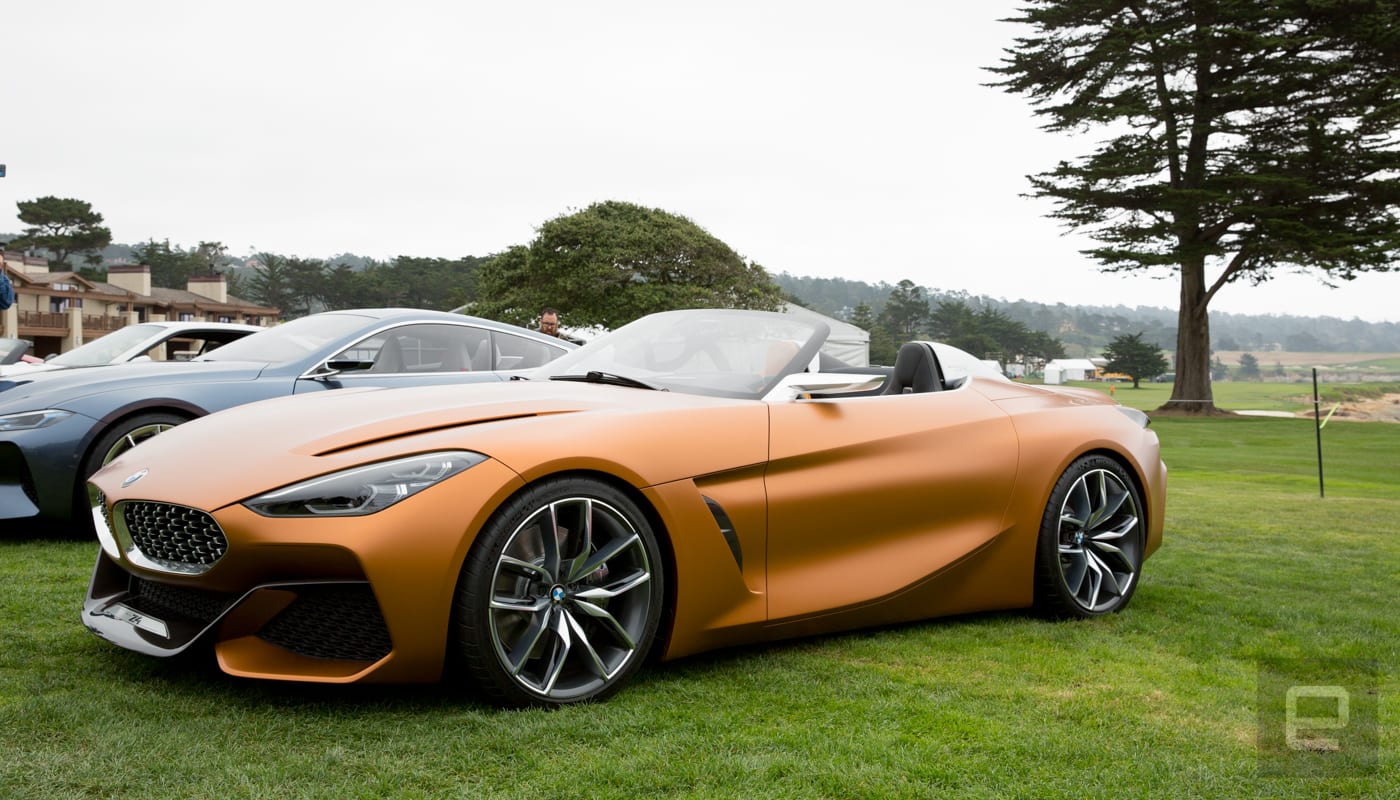 The Series 8 concept sees the return of that line after an 18 year hiatus. It, along with the larger more aggressive Z4 signal the return of "sports cars" to the BMW family.

While the cars are built for speed, we expect them to be filled with the current tech found in the rest of the line-up, including BMW's semi-autonomous adaptive cruise control with "Stop & Go" feature for heavy traffic.

Also don't be surprised to see the gesture-control feature that lets you turn up the volume by spinning a finger make an appearance -- at least in the Series 8 when it drops in 2018. It might be a bit tougher to get the cameras and sensors needed for that feature to work on the open air Z4 though.

Both of the cars look outstanding and while we only have to wait about a year for the Series 8, when we'll see a final version of the Z4 is still up in the air. Hopefully it's sooner rather than later.

In this article: BMW, business, design, gadgetry, gadgets, gear, transportation
All products recommended by Engadget are selected by our editorial team, independent of our parent company. Some of our stories include affiliate links. If you buy something through one of these links, we may earn an affiliate commission.