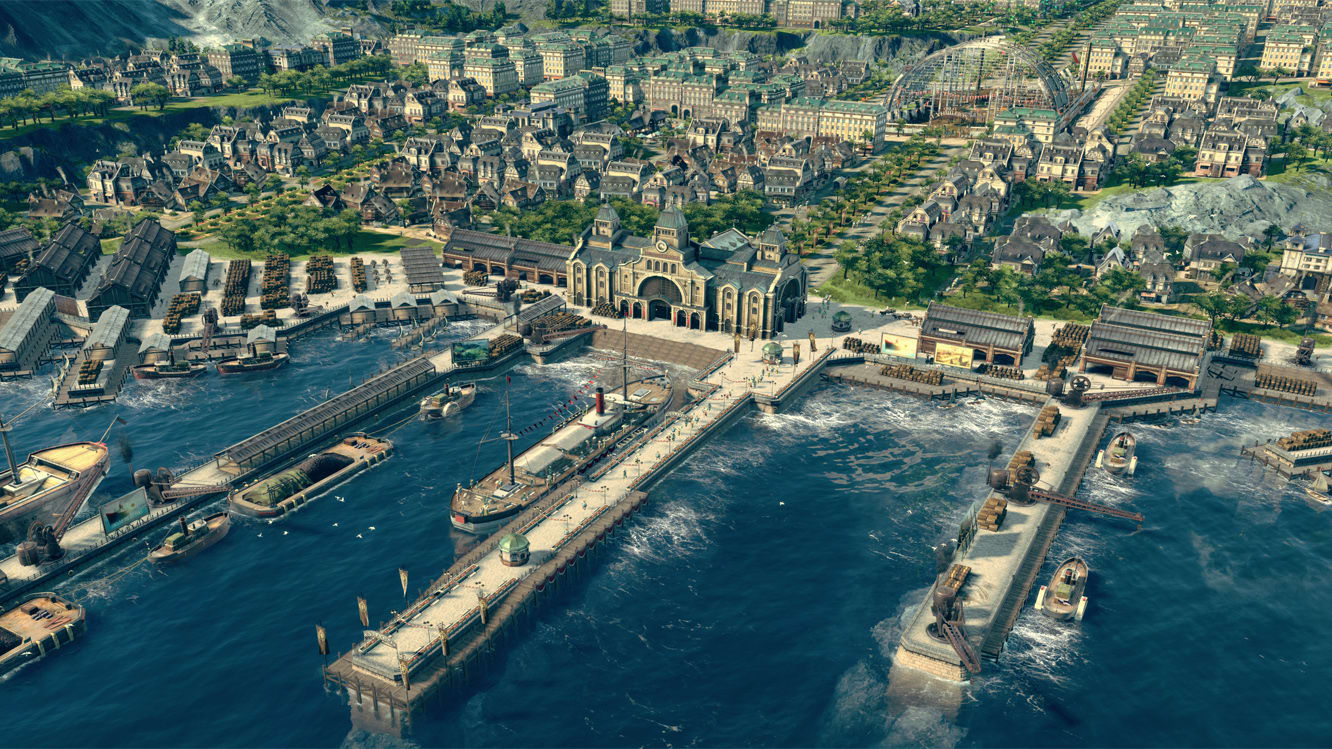 The Anno RTS series focuses more on civilization-building than straight-up combat, and its later editions explored that premise centuries into the future. But the franchise's next entry casts back a couple hundred years to the past when mankind's maps weren't fully filled in. Today at Gamescom, Ubisoft announced Anno 1800, putting players in charge of nations setting sail for trade and diplomacy.

While scaling back from the far-flung future to the steam era is a serious change, the 19th century setting is a fertile period for revolutionary ideas and national ambitions. Players will get the standard campaign, sandbox and multiplayer modes from Anno's past, though not much more detail has been released, aside from a release date: Winter 2018. To alleviate the wait, the German-based Ubisoft team in charge of the game, Blue Byte, is inviting players to vote on which elements make it into the game to make them feel a bit more invested.

Source: Ubisoft
In this article: anno, Anno1800, av, gamescom, gamescom2017, gaming, rts, Ubisoft
All products recommended by Engadget are selected by our editorial team, independent of our parent company. Some of our stories include affiliate links. If you buy something through one of these links, we may earn an affiliate commission.