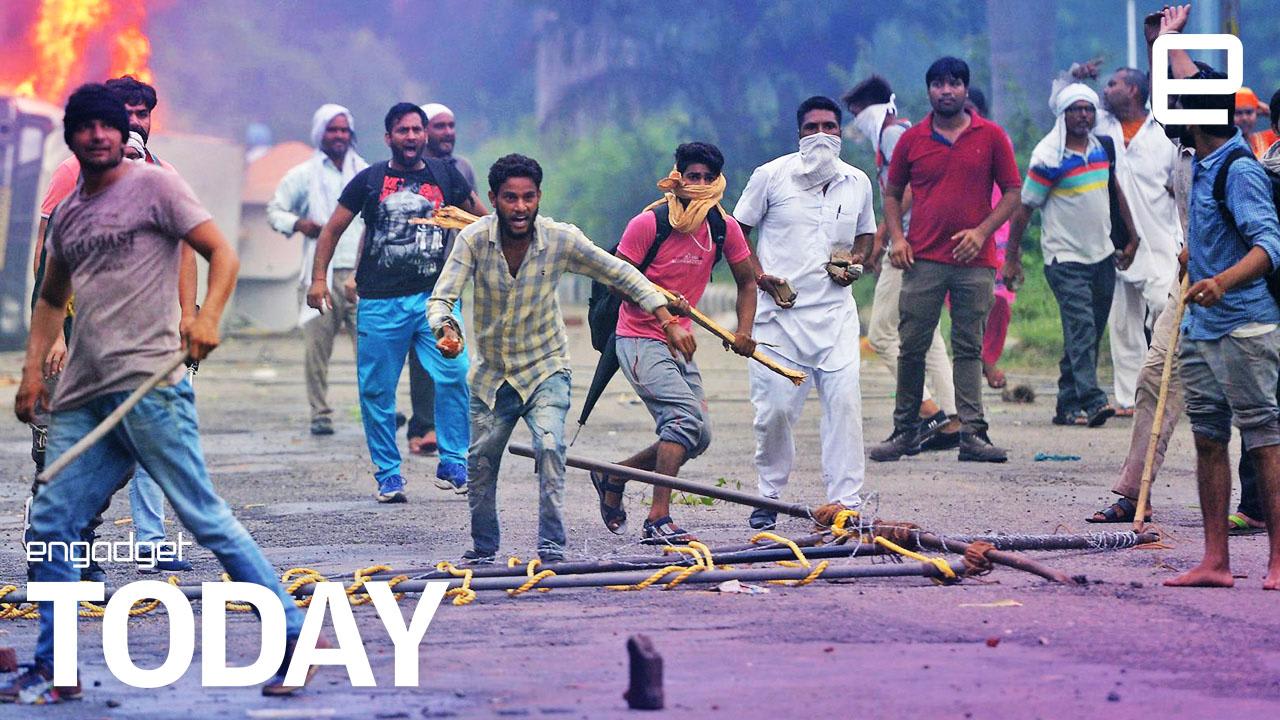 Last week, local governments in the northern Indian states of Punjab and Haryana shut down citizens' internet access and text messaging services just before a verdict was to be released on a high-profile rape case. The case involved a cult leader with a large following who was accused of raping two women in his group. A statement from the Additional Chief Secretary of Haryana said the order was "issued to prevent any disturbance of peace and public order" in the region. Around 50 million people lost internet access for five days.

India has a history of censoring web content in the name of social order. Some areas of the country have made liking blasphemous social media posts punishable with jail time, it has blocked sex sites and has arrested WhatsApp group members who have posted altered, unflattering photos of the prime minister, which is against the country's law prohibiting fake news.

If the order to temporarily shut off the region's internet had any effect, it wasn't to prevent a disturbance of the peace. After the cult leader was found guilty, his followers violently protested the verdict, resulting in 38 deaths. Trains were also stopped from traveling to and from the states, schools and businesses were closed and security officers were sent to regain order. Internet and messaging services were restored this morning.

Source: CNET
In this article: aoloriginals, Censorship, dailyshow, Engadget, EngadgetToday, engadgetvideo, entertainment, gear, government, india, internet, kerrydavis, TextMessaging, video, whatsapp
All products recommended by Engadget are selected by our editorial team, independent of our parent company. Some of our stories include affiliate links. If you buy something through one of these links, we may earn an affiliate commission.