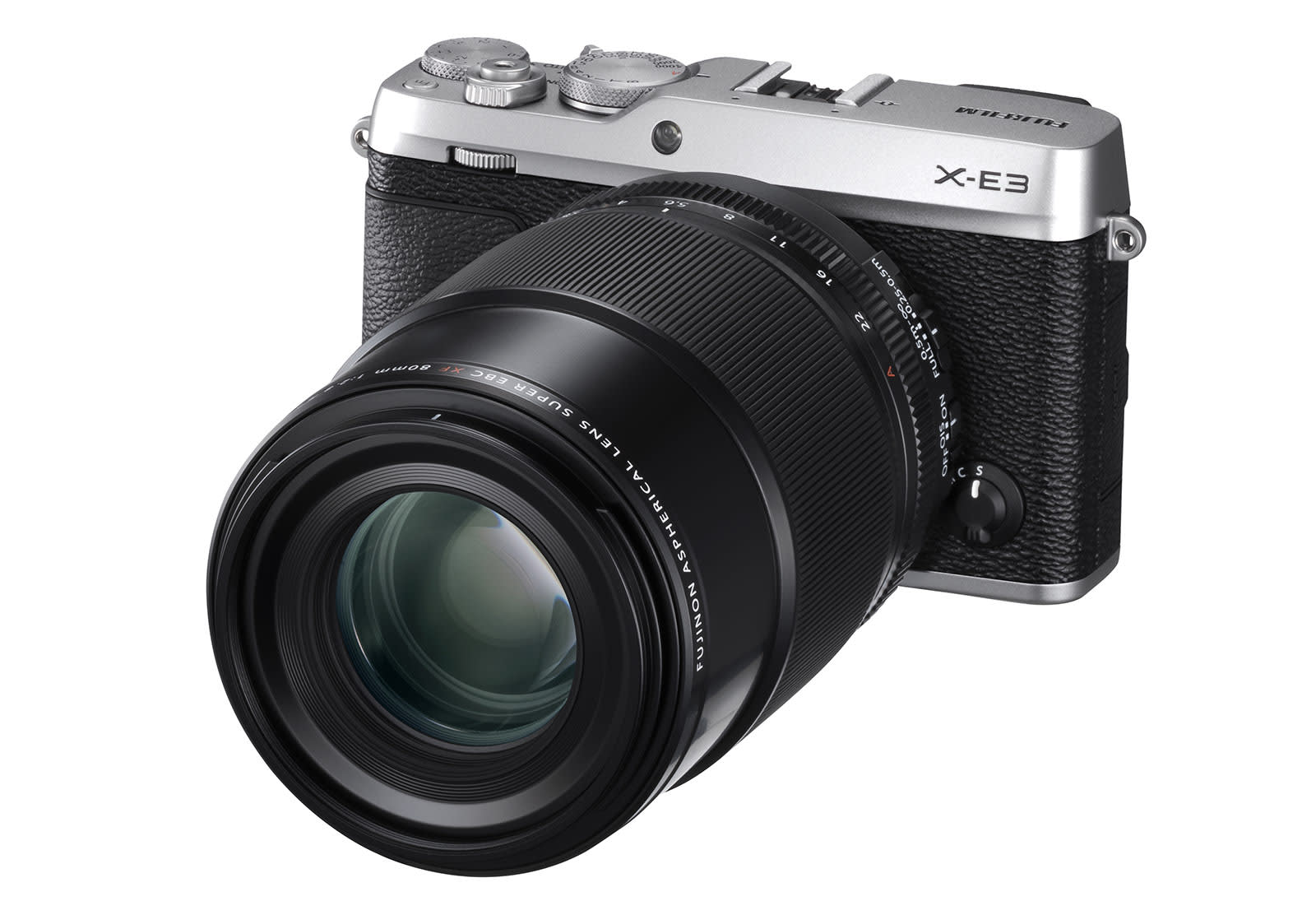 Fujifilm fans have waited a long time for an X-E2 replacement, but it appears to have been worth it. The X-E3 rangefinder-style mirrorless has arrived with thoroughly modern features and is now Fujifilm's smallest viewfinder-equipped camera. It got a much needed bump to the 24.3-megapixel X-Trans III sensor used on other X-models, 4K video, a touchscreen, Bluetooth LE and more. For $900, it will give potential buyers of Sony's A6300 or the Canon EOS M5 something to ponder.

The tiny X-E3 keeps the lovely, classic style of the previous model, but is even smaller and lighter, and adds a few nice features. That includes a new front control wheel and a rear, joystick-type lever (now standard on the X-series) to control the focus region -- a much simpler arrangement than the setup on rival models.

The EVF is the same 2.36-million dot display as the one on the high-end X-T2, and the rear 3-inch touchscreen offers smartphone-like control of focus and any menu settings you can't access by the dials and buttons. The control wheels handle shutter speed and aperture, while the top dial, within reach of your thumb, lets you set exposure compensation. All told, the ergonomics look spot-on.

The X-E1 also gets the X-T2's 325-point autofocus system, albeit with less granular control, while a new "image recognition algorithm" can supposedly track moving subjects better than before. The X-E3 shoots at 8 fps, or a stellar 14 fps using the electronic shutter (5 fps in live view mode, though). There's now Bluetooth LE on top of WiFi, but no NFC, it appears.

As with other new X models, you can shoot video at 4K, 30fps with a 10-minute continuous recording time. There's a microphone input (yay!) but no headphone port (boo!), but Fujfilm points out that you can output video via the HDMI port.

In this article: 4K, cameras, Fujifilm, gear, ImageRecognition, Mirrorless, X-E3, X-TransIII
All products recommended by Engadget are selected by our editorial team, independent of our parent company. Some of our stories include affiliate links. If you buy something through one of these links, we may earn an affiliate commission.