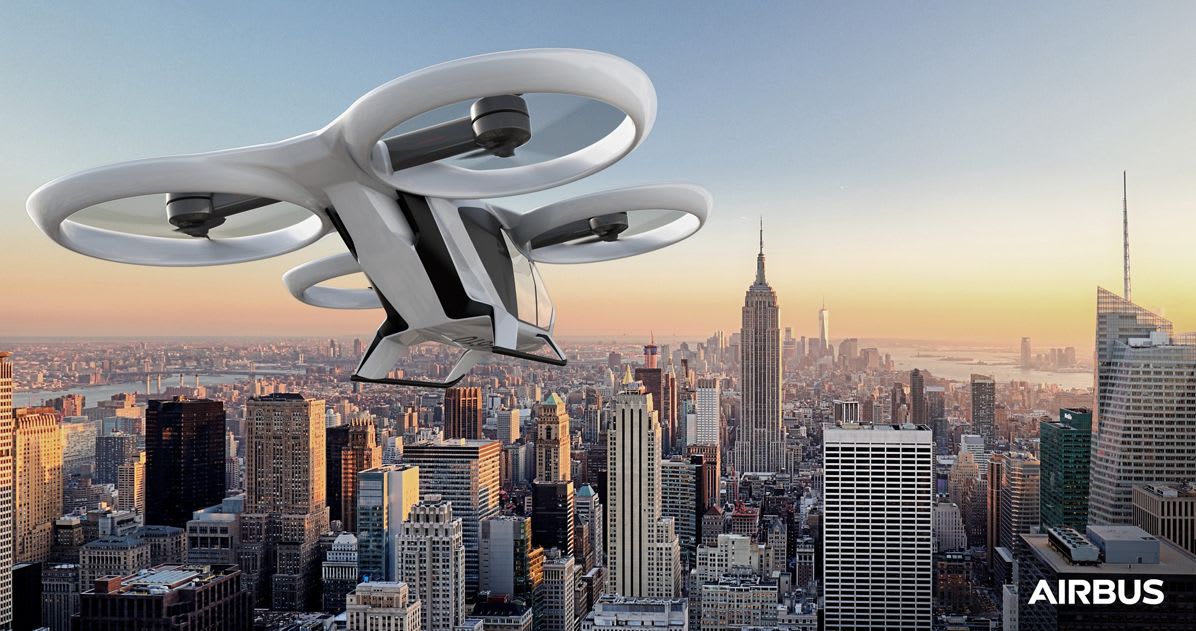 It's 2017, and yes, the flying car might be coming -- but you probably won't drive it. European aviation giant Airbus claimed that the company's flying taxi concept is on track to make its first flight by the end of next year. While the first tests will be unmanned, the company plans to have humans pilot the four-person aircraft when it's planned to start flying in cities around 2023, before eventually transitioning to fully autonomous trips.

Self-driving aerial taxis have been the plan since Airbus first announced the concept back in August 2016. While the CityAirbus' look finally settled on a quad-rotor design familiar to any drone fan, the mission has remained constant: A vertical take-off and landing (VTOL) electric-powered aircraft that will nimbly schlep four passengers through urban areas. The four-fan design should cut down on noise and the craft's size, while splitting rides between a quartet of passengers could make it as cheap as a regular cab ride.

Of course, Airbus isn't the only one to think it's a good idea. Uber devoted a three-day summit to its flying taxi plans, which aim to have a test vehicle airborne by 2020, while Dubai just saw the maiden trial of a two-seated, 18-rotor taxi prototype built by the German company Volocopter. Looks like you'll climb into a cab flown by a human (or computer) long before your own flying car (despite Airbus teasing a concept vehicle), but considering how much trouble we have driving on two axes, maybe that's for the best.

Via: CNBC
Source: Airbus
In this article: airbus, CityAirbus, electric, FlyingTaxi, gear, transportation, vtol
All products recommended by Engadget are selected by our editorial team, independent of our parent company. Some of our stories include affiliate links. If you buy something through one of these links, we may earn an affiliate commission.