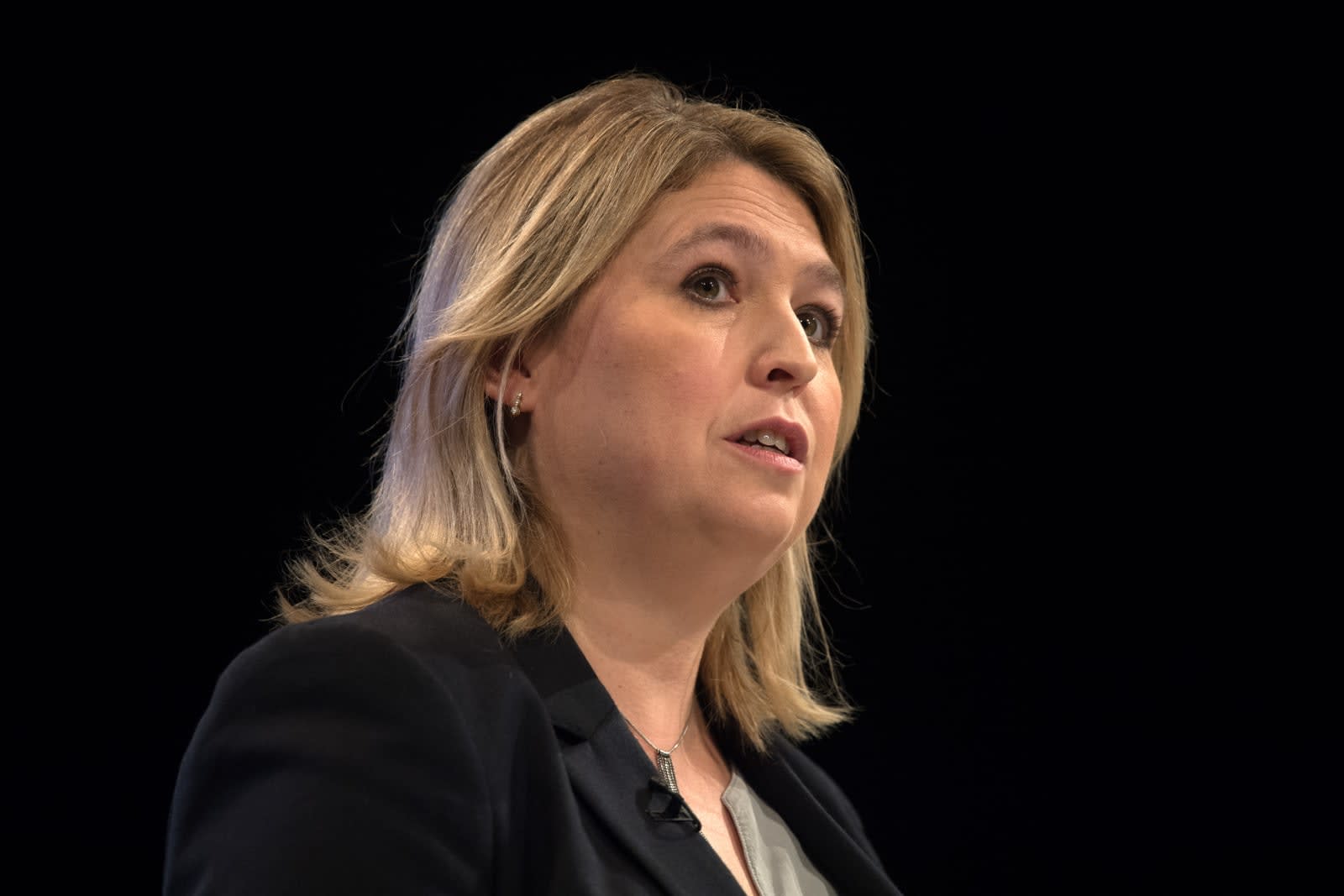 Back in May, the Conservatives promised to introduce a "digital charter" if they were voted back into power. Theresa May's campaign was successful, which means it's now time to turn manifesto pledges into action. Today, culture secretary Karen Bradley has published an Internet Safety Green Paper which forms part of the "Internet Safety Strategy." That, in turn, is a portion of the digital charter, examining how the internet can be a safer and more inclusive place free of bullying and harassment. Other areas, such as simpler broadband switching and pricing, will be tackled later.

A big, but anticlimactic proposal is a levy on social media companies to fund awareness and preventative activity against harmful online behaviour. In the paper, Bradley explains that contributions would be collected "on a voluntary basis" through "agreement with industry." That wording is a little different from the "industry-wide levy" announced five months ago. The paper does, however, state that this would be the plan "initially," suggesting mandatory payments could be introduced in the future. "We may then seek to underpin this levy in legislation, to ensure the continued and reliable operation of the levy," it reads.

The scheme would be supported by a social media code of practice. Its creation and basic purpose was set out in the Digital Economy Act 2017 earlier this year. Now, the government is consulting on whether to expand its scope. Additional guidance would tackle user content and behaviour, community guidelines, and how both should be enforced. It would also talk about reporting mechanisms for inappropriate content, removal policies and privacy controls. The code is voluntary, but the goverment hopes companies would sign on to "demonstrate their commitment to improving online safety for the benefit and protection of all their users."

To track industry progress, the Department for Digital, Culture, Media & Sport (DCMS) wants an annual internet safety transparency report. Its purpose would be to monitor, benchmark and ultimately compare reporting mechanisms online. The hope is that this information would promote stronger, more effective action from companies, and provide a consistent set of data for politicians to refer to when shaping future laws.

The paper also suggests expanding the role of the UK Council for Child Internet Safety (UKCCIS) to encompass all internet users in Britain. The organisation, originally set up in 2010, currently has over 200 members and provides guidance for parents, children, schools and police officers. The new version would have a smaller, "higher-profile" board and immediately review all of the safety information currently available, identifying weak spots and then creating new resources accordingly.

The final point of interest is a "baseline," or set of principles, aimed at Google, Apple and other app store managers. It would be voluntary and push technology companies to enforce better app descriptions, with clear information about age ratings, data collection, and how to report safety concerns. The government would also like app stores to promote, or somehow feature safety-conscious apps throughout the platforms. If they were on the homepage, or somewhere equally visible, it would provide a financial incentive for app developers to comply with best practices.

For now, the green paper is just a set of ideas. The government is requesting feedback from the public, politicians and industry stakeholders which will be taken under consideration before taking any of them further. Bradley argues that her ideas are "ambitious," but "rightly so." "Behaviour that is unacceptable in real life is unacceptable on a computer screen," she said. "We need an approach to the Internet that protects everyone without restricting growth and innovation in the digital economy."

Source: Internet Safety Strategy green paper (GOV.UK)
In this article: politics, tomorrow
All products recommended by Engadget are selected by our editorial team, independent of our parent company. Some of our stories include affiliate links. If you buy something through one of these links, we may earn an affiliate commission.