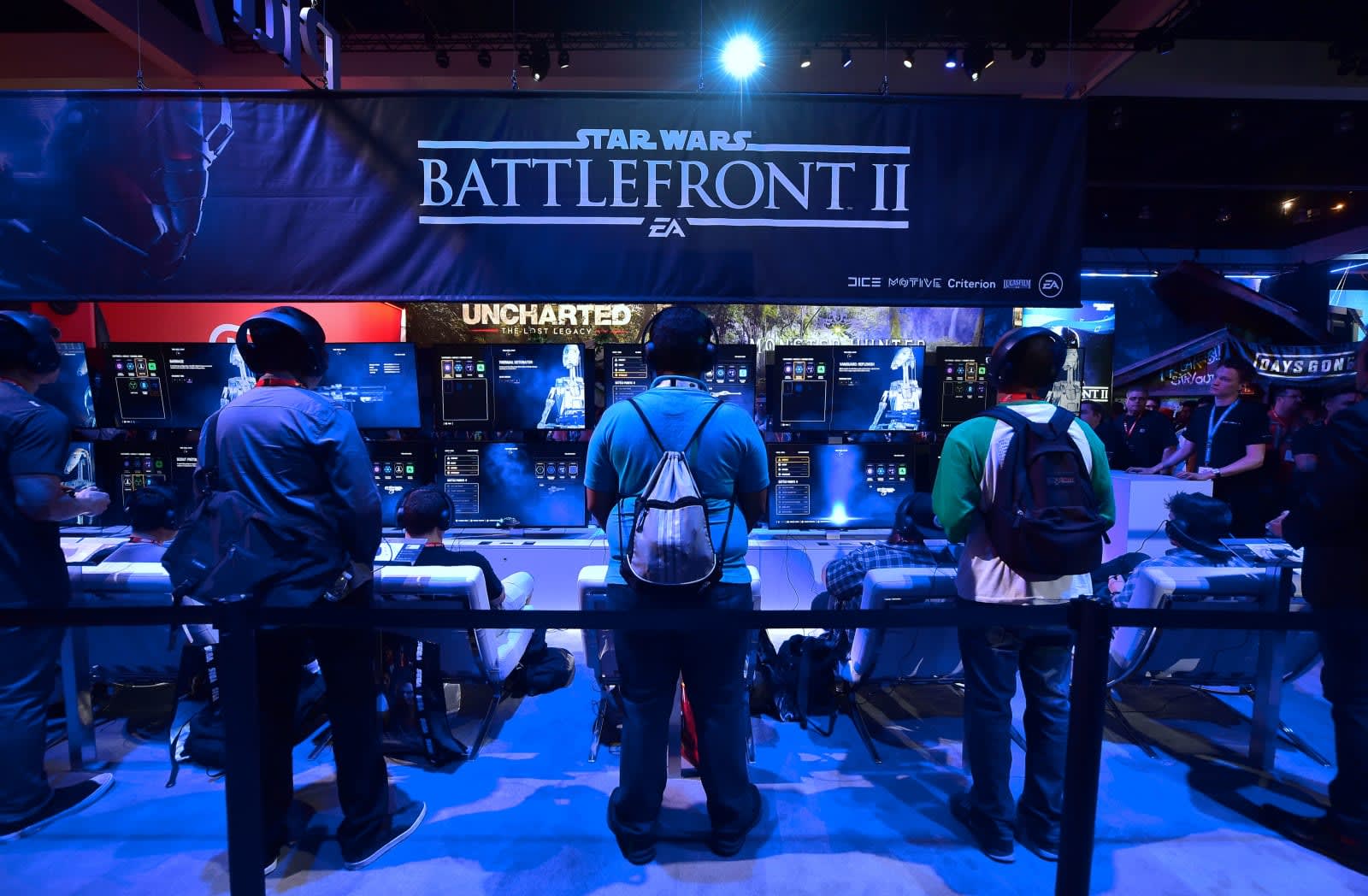 A day after the beta for the extended Star Wars Battlefront 2 beta ended, Electronic Arts thanked the "millions" of fans who participated and asked them to keep sending feedback as developer DICE tinkers with the game before its release on November 17th. But it seems they've already got a few changes in mind that the giant studio listed in a blog post -- along with an extensive clarification of how the contentious loot crate system will work in the final version of the game.

The publisher noted that they're considering changing the small-team Strike mode to best-of-three matches, toning down the Specialist's close-quarters Infiltration ability and tuning up the First Order Flametrooper's 'firepower.' While the beta had rewarded players that stuck together with bonus points, EA is also thinking about adding further rewards users in a spawn wave.

The randomized loot crates, of course, were another sticky issue, and EA carefully explained how they'll differ in the full version of the game:

EA also promised a deeper progression system than that found in the public beta. Perhaps more importantly, they stated in the post that the game won't have Season Passes -- all extra content will be free, with an "evolving, event-driven live service" for future releases. While that's a bit unclear, opening content up for everyone (and presumably relying on microtransactions for sustainment revenue) instead of gating off the playerbase between DLC purchases certainly keeps a game's community together.

Via: Windows Central
Source: Electronic Arts
In this article: av, dice, ea, gaming, StarWars, starwarsbattlefront2
All products recommended by Engadget are selected by our editorial team, independent of our parent company. Some of our stories include affiliate links. If you buy something through one of these links, we may earn an affiliate commission.