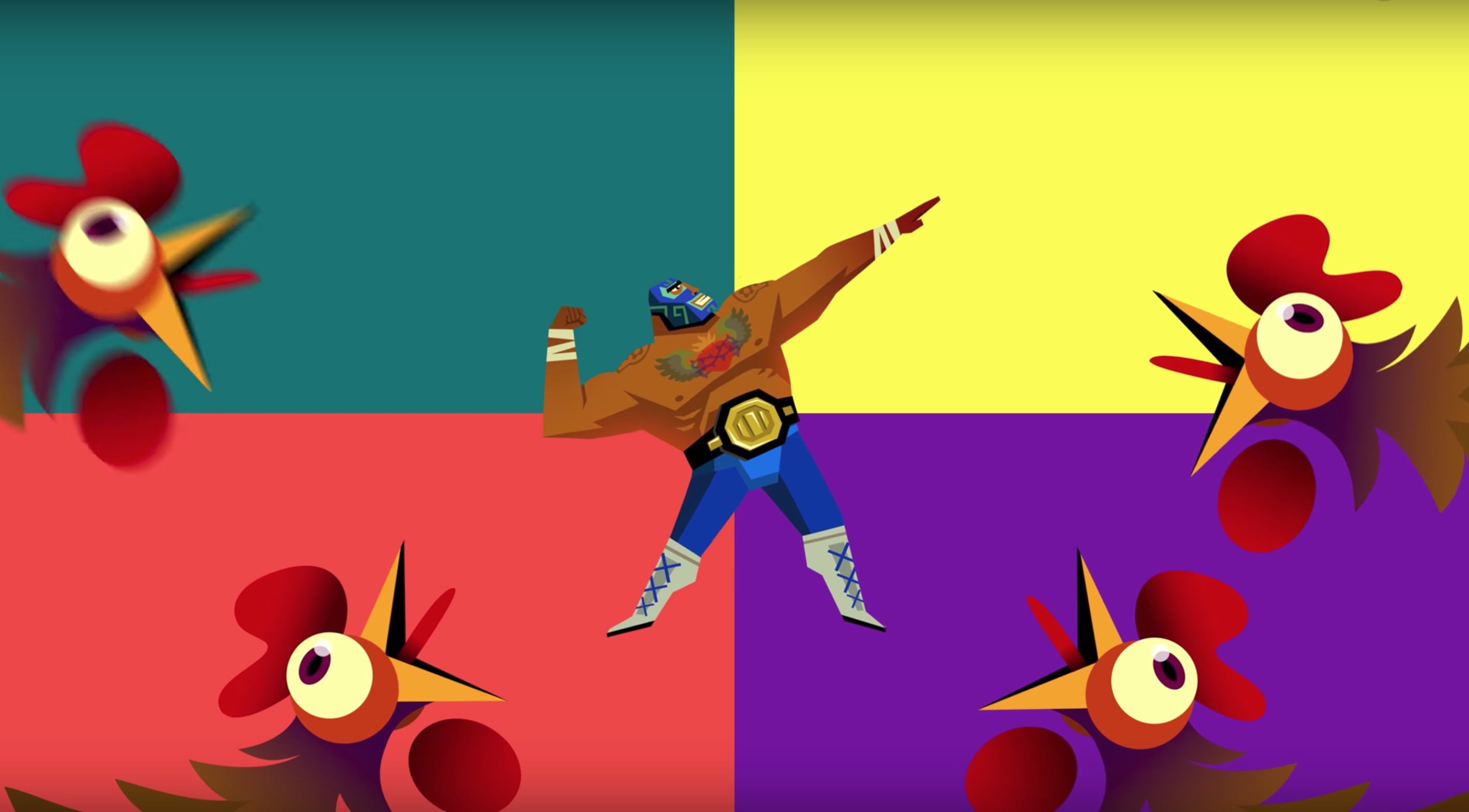 Originally out for PlayStation 3 and Vita in mid-2013, Guacamelee! hit all the right notes to please both gamers and critics. Developer Drinkbox Studios has decided to keep the fun going with a sequel to the Mexican fairytale-inspired platforming beat 'em up. Guacamelee 2! is set to grace the PlayStation 4 next year with new levels, enemies, bosses and, yes, chickens.

Guacamelee! 2 takes place seven years after the first story, when luchador Juan Aquacate is approached by his friend/trainer Uay Chivo to help save Mexico (and all the rest of time and space) from a new evil menace. The new title will include a new hooking mechanic, called Eagle Boost, to help Juan fly through each new level, a Super Chicken! form to help beat down the baddies, and a four-player local co-op system that will enable you to bring friends along for the ride. Guacamelee 2! will also have new environmental challenges to contend with, along with better lighting and visuals, especially on PS4 Pro consoles.

"In addition to the new levels, enemies, bosses, characters, improved visuals and player mechanics we're introducing in Guacamelee! 2, we're also excited to have much more emphasis on the chicken form in this game," said Graham Smith, Co-Founder of Drinkbox Studios, in a statement. "Everyone on the team really wanted the sequel to have more FOWL PLAY. Hahaha, do you get it? It's funny because it sounds the same as 'foul play'. I'm not sure you get it."

Source: Drinkbox Studios
In this article: av, drinkboxstudios, games, gaming, guacamelee!, guacamelee2, ps4, ps4pro, sony, video, videogames
All products recommended by Engadget are selected by our editorial team, independent of our parent company. Some of our stories include affiliate links. If you buy something through one of these links, we may earn an affiliate commission.