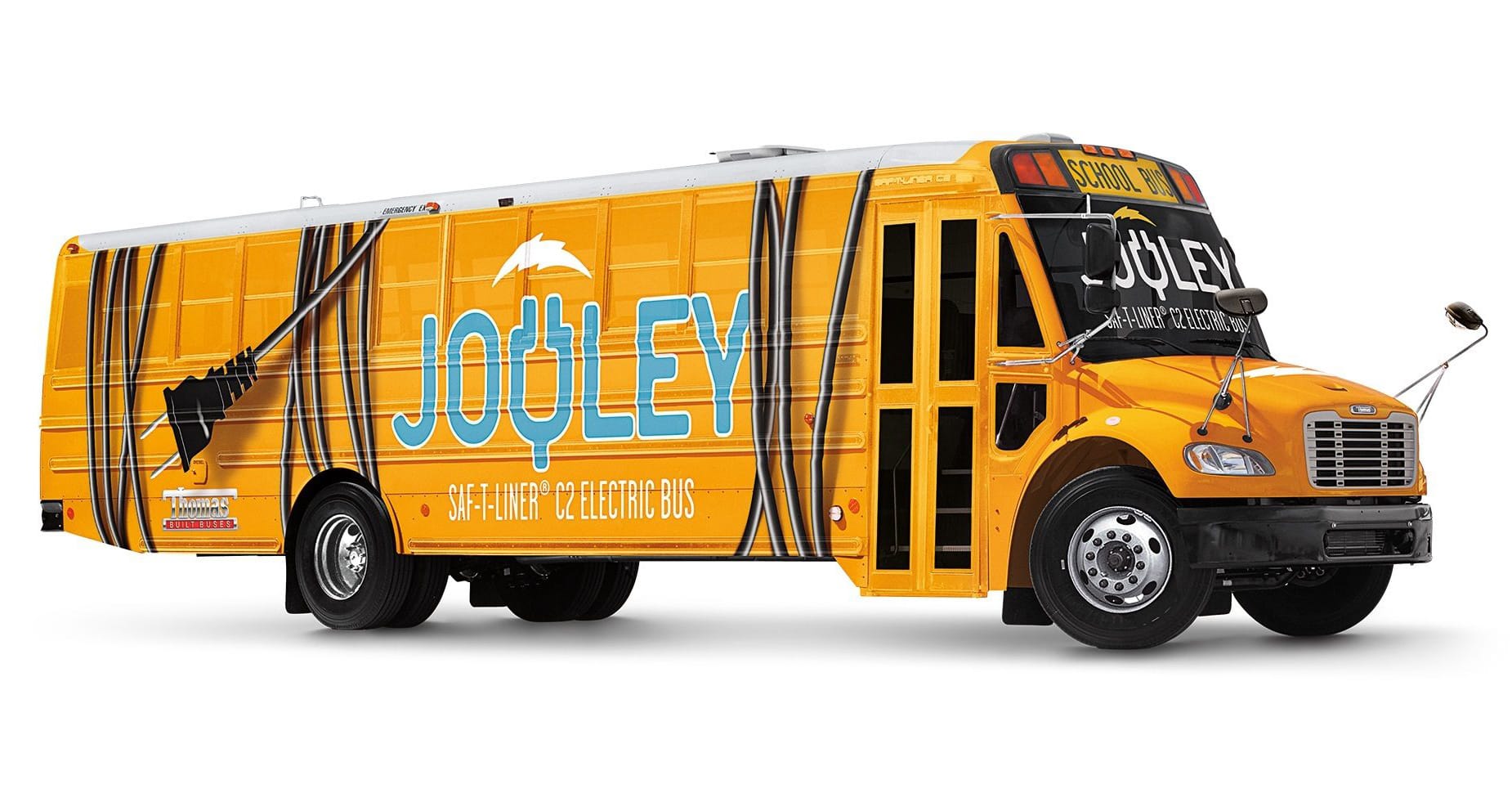 Most school buses don't scream "high-tech," but they're actually perfect candidates for electrification -- most run two short routes and have long breaks for recharging. Daimler and its Thomas Built Buses division have unveiled an electric bus called the Jouley that should be able to handle that task perfectly. It's got a 160 km (100 mile) all-electric range and can pack up to 81 kids "safely, quietly and emission-free," Thomas said. Should operators need more range, they can add another battery pack.

Jouley is just a first step in an electric future, Thomas suggested. "We snuck up on our competition, they didn't see it coming," said CEO Caley Edgerly on Facebook. "I've had the pleasure to drive it, it's super smooth, it's going to allow us to develop future electric vehicles."

Thomas points out that it's equipped with both 120 volt and USB charging ports for laptops and cellphones, an obvious must for students nowadays. The company also implied that it might one day serve as a Tesla Powerwall-type device that could, say, backup power for a school or even a neighborhood.

Daimler's Mercedes-Benz, much like other automakers, has said it will greatly expand its electric vehicle range over the next few years with the EQ lineup of electric cars. Daimler is also set to start making its first electric truck deliveries in Japan and the US.

Whether schools will jump on board the Jouley, however, likely depends on the economics. School boards are chronically short of money, so the overall cost would have to be less than regular school buses, unless they're supplemented by local, state or federal governments. In Europe and Asia that's a given, but under the fossil fuel-loving Trump and Republican administration, the situation is less clear.

Via: Electrek
Source: Daimler
In this article: Daimler, ElectricBus, EV, gear, Jouley, SchoolBus, ThomasBuiltBuses, transportation, video
All products recommended by Engadget are selected by our editorial team, independent of our parent company. Some of our stories include affiliate links. If you buy something through one of these links, we may earn an affiliate commission.