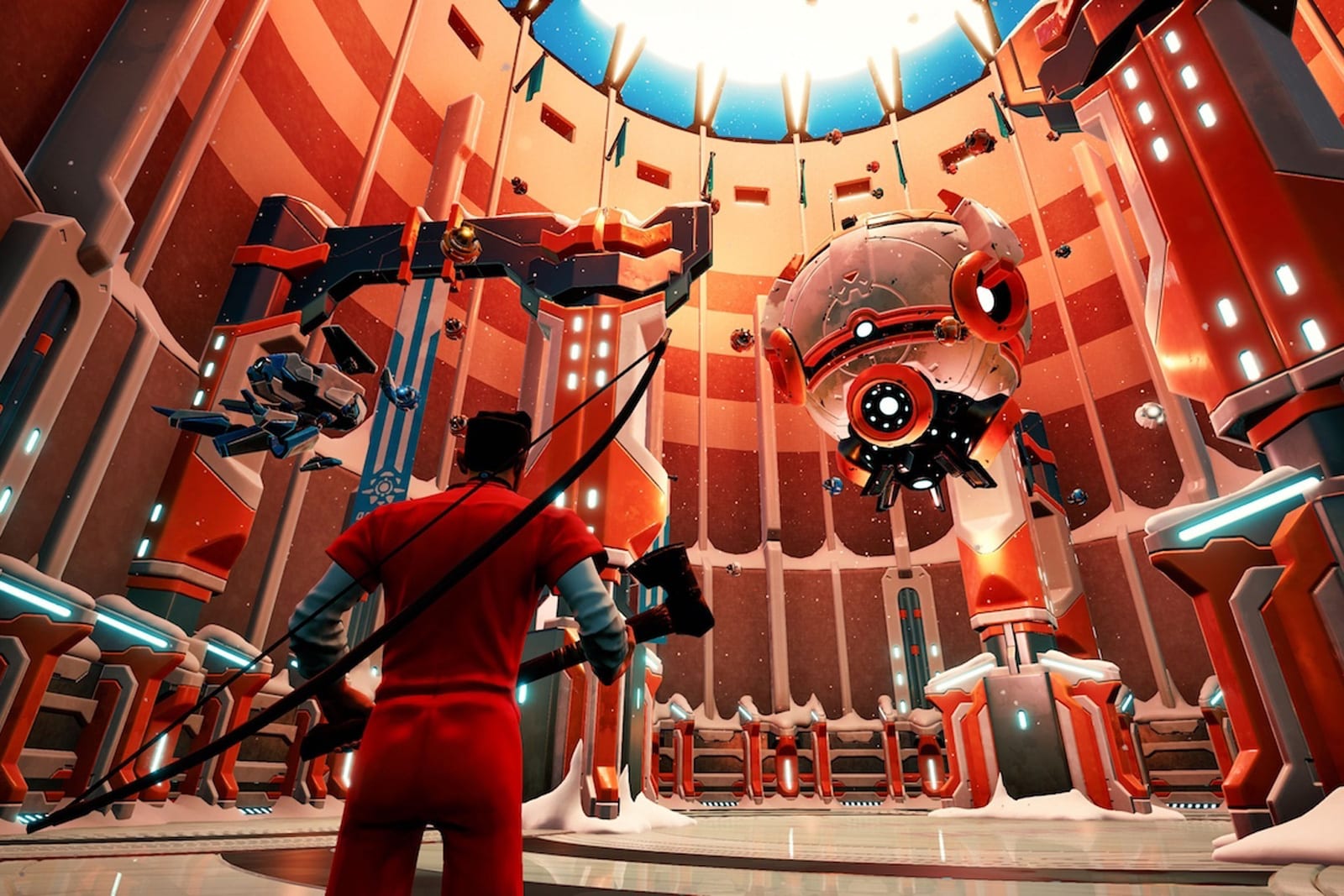 Scavengers Studio's The Darwin Project garnered a lot of buzz at E3, and for good reason: it combined the trendy battle royale action of PlayerUnknown's Battlegrounds and Fortnite with the crafting elements from survival games like Don't Starve. And now, you'll have a chance at seeing how far the title has come since June. Scavengers is running a closed alpha test on PCs through November 12th, and you should see the title in action live both through the company's own Twitch channel (on the 12th from 3PM to 5PM Eastern) as well as from other livestreamers who are part of the test.

The alpha is launching alongside a first developer diary video (below) that explains what helps the game stand out from the pack. Darwin Project places a strong emphasis on tracking, which reduces some of the downtime you see in games like PUBG. You have to craft fires to avoid freezing to death, but those give away your position -- it won't take long before someone knows where you are. Footprints can reveal your path, too. Combine that with up-close weaponry (you have a bow and axe to defend yourself) and a strong emphasis on spectating and it promises to be tense whether or not you're playing.

The game isn't due to launch until spring 2018, when it should arrive for both PCs and Xbox One. It probably won't usurp PUBG's crown (Bluehole's title has already sold over 20 million copies before it's even finished), but it could offer a refreshing twist on an increasingly well-worn formula.

Source: Scavengers Studio, YouTube
In this article: alpha, av, battleroyale, games, gaming, personal computing, personalcomputing, scavengersstudio, shooter, thedarwinproject, video, videogames, windows, xboxone
All products recommended by Engadget are selected by our editorial team, independent of our parent company. Some of our stories include affiliate links. If you buy something through one of these links, we may earn an affiliate commission.