Sensel tests out its shape-shifting force sensors on smartphones 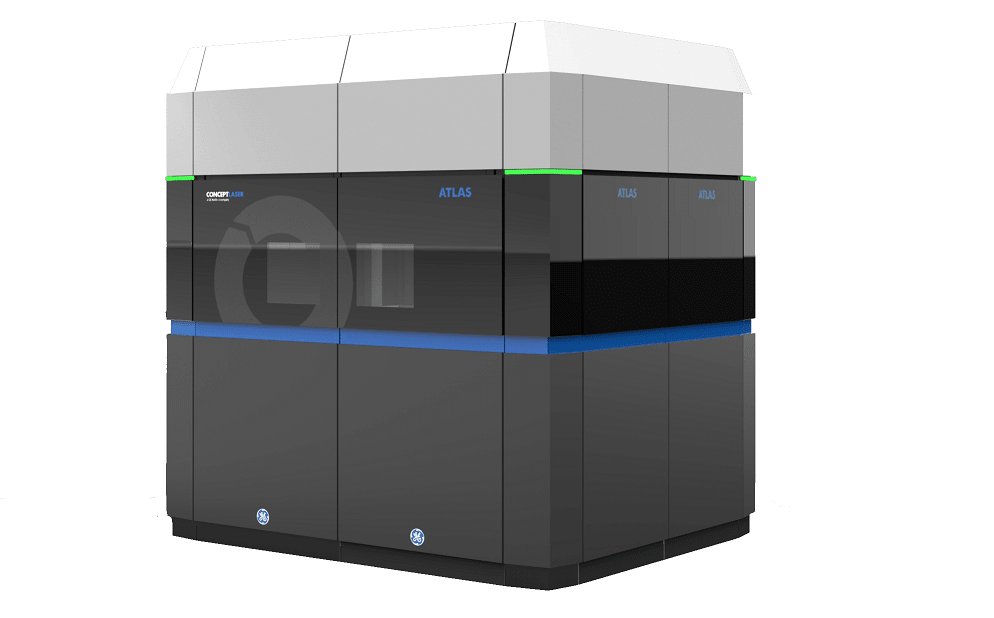 GE has unveiled its previously-announced 3D metal printer, suitable for making aircraft parts. At the manufacturing trade show formnext in Germany, the GE Additive team revealed the as-yet-unnamed machine, demonstrating its ability to print parts as large as 1 meter in diameter directly from a computer file. Using additive manufacturing technology, the machine fuses together thin layers of metal powder with a 1-kilowatt laser.

The machine has the potential to build even larger parts, too, thanks to its scalable nature, plus its design can be configured to add more lasers if required. Mohammad Ehteshami, part of GE's Project ATLAS team (Additive Technology Large Area System), said it had already been used to print a jet combustor liner. "It can also be applicable for manufacturers in the automotive, power and space industries," he added.

The printer, which is still in beta stage, draws on additive manufacturing technology which is already being used by several GE businesses. GE Aviation is building the Advanced Turboprop, a commercial aircraft engine made largely of 3D parts. Using the technology designers reduced 855 separate parts down to just 12. According to Ehteshami, the machine is "an engineer's dream".

Source: GE
In this article: 3Dprinting, aircraft, aviation, design, formnext, GE, GeneralElectric, manufacturing, metal, parts
All products recommended by Engadget are selected by our editorial team, independent of our parent company. Some of our stories include affiliate links. If you buy something through one of these links, we may earn an affiliate commission.