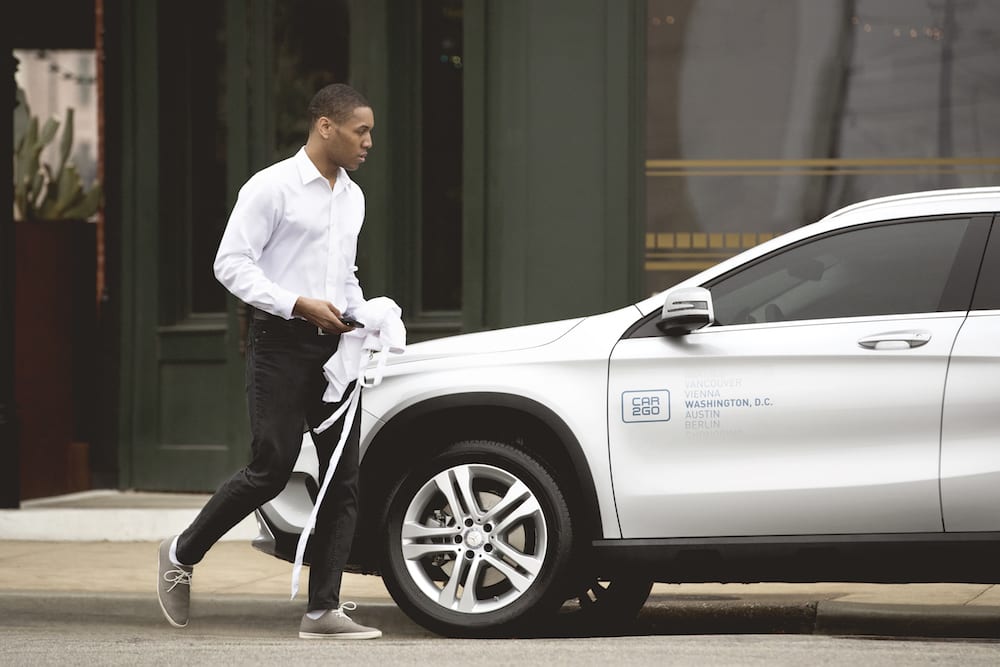 If you're a Car2Go member living in New York City, you can show up to your next destination in style. Starting today, members of the car-sharing service in Brooklyn and Queens can rent 2018 Mercedes-Benz CLA four-dour sedans for 47 cents per minute (in comparison to 41 cents a minute for the standard Smart vehicles). Car2Go expects to add the crossover Mercedes GLA in 2018.

Car2Go is a subsidiary of Daimler, so it's not surprising the company would introduce Mercedes cars. In fact, it's already done so in seven cities. Now, it's added New York City to the list, though the service only operates in the boroughs of Brooklyn and Queens. The cars are family friendly, and include LATCH car seat anchors and backup cameras and sensors. The vehicles are also equipped with all wheel drive.

The addition of these new luxury cars brings Car2Go's total number of New York vehicles up to around 600, which serve roughly 77,000 members. Car2Go is also offering free registration to new members based in New York, along with $10 of drive credit. Just use the code BENZ when you register.

Via: The Verge
Source: Car2Go
In this article: car2go, mercedes, transportation
All products recommended by Engadget are selected by our editorial team, independent of our parent company. Some of our stories include affiliate links. If you buy something through one of these links, we may earn an affiliate commission.