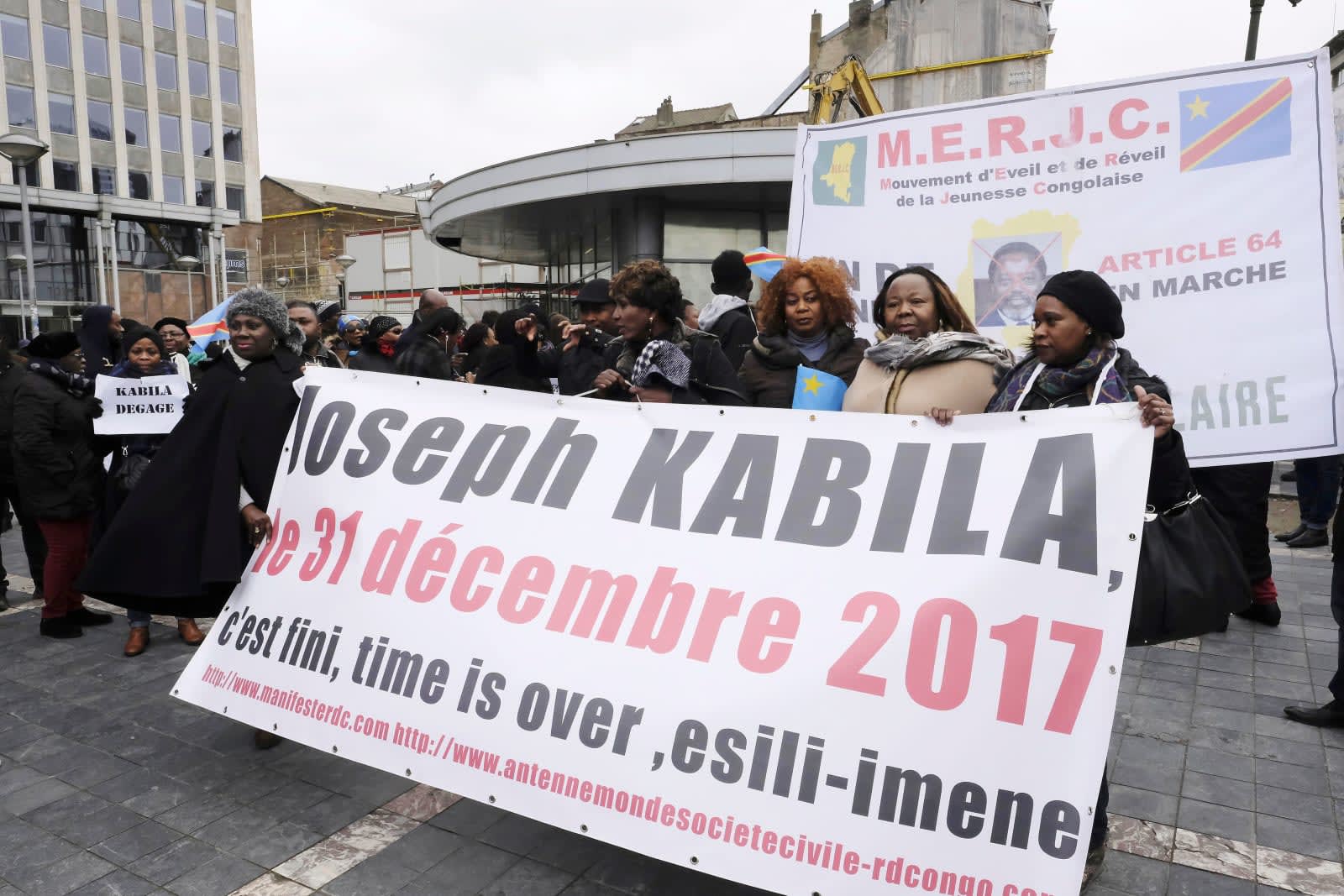 Authoritarian leaders are fond of severing communications in a bid to hold on to power, and that tradition sadly isn't going away. The Democratic Republic of Congo's government has ordered telecoms to cut internet and SMS access ahead of planned mass protests against President Joseph Kabila, whose administration has continuously delayed elections to replace him. Telecom minister Emery Okundji told Reuters that it was a response to "violence that is being prepared," but people aren't buying that argument. Officials had already banned demonstrations, and the country has history of cutting communications and blocking social network access in a bid to quash dissent.

Historically, these attempts at disrupting communication have had mixed results. Kabila used a communications cut in 2015 with some success, but attempts in Egypt and elsewhere have failed -- if just because service eventually has to come back. And the Congo protests this time around promise to be particularly strong, with a normally divided opposition rallying together. An attempt to sever internet and SMS access may make it difficult to coordinate, but a sufficiently angry public will still find a way to make its voice heard.

Source: Reuters
In this article: censorship, congo, democraticrepublicofcongo, gear, government, internet, josephkabila, mobile, politics, protest, sms
All products recommended by Engadget are selected by our editorial team, independent of our parent company. Some of our stories include affiliate links. If you buy something through one of these links, we may earn an affiliate commission.