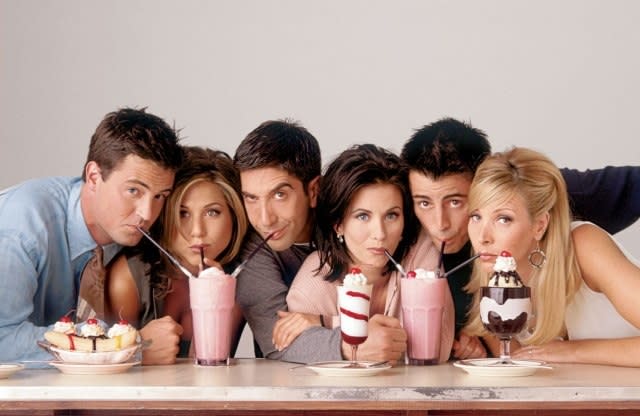 In August 2011, Channel 4 broadcast Friends for the last time. It was the end of an era — many, myself included, had grown up with the coffee-fueled Manhattanites on the terrestrial channel and its hipper sibling E4. That same year, the beloved sitcom switched to Comedy Central, restricting it to those with an applicable Sky, BT or Virgin Media package. If, like me, you've missed the gang and their New York hijinks, good news — the show is now available on Netflix in the UK. It's been an awfully long wait — all 10 seasons, after all, came to US Netflix on January 1st, 2015.

We'll be there for you. All episodes of #Friends, now streaming. pic.twitter.com/utAoC0oE4y

In this article: av, entertainment, Friends, Netflix, services, Videostreaming
All products recommended by Engadget are selected by our editorial team, independent of our parent company. Some of our stories include affiliate links. If you buy something through one of these links, we may earn an affiliate commission.