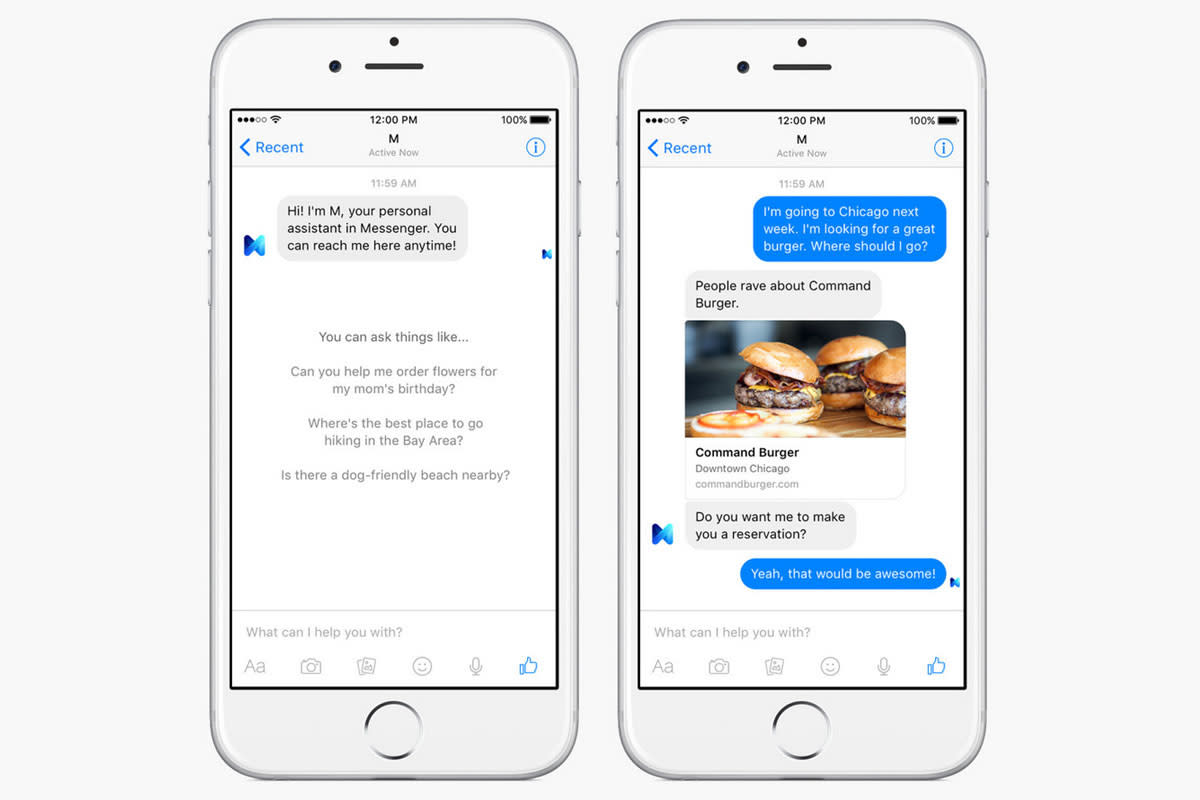 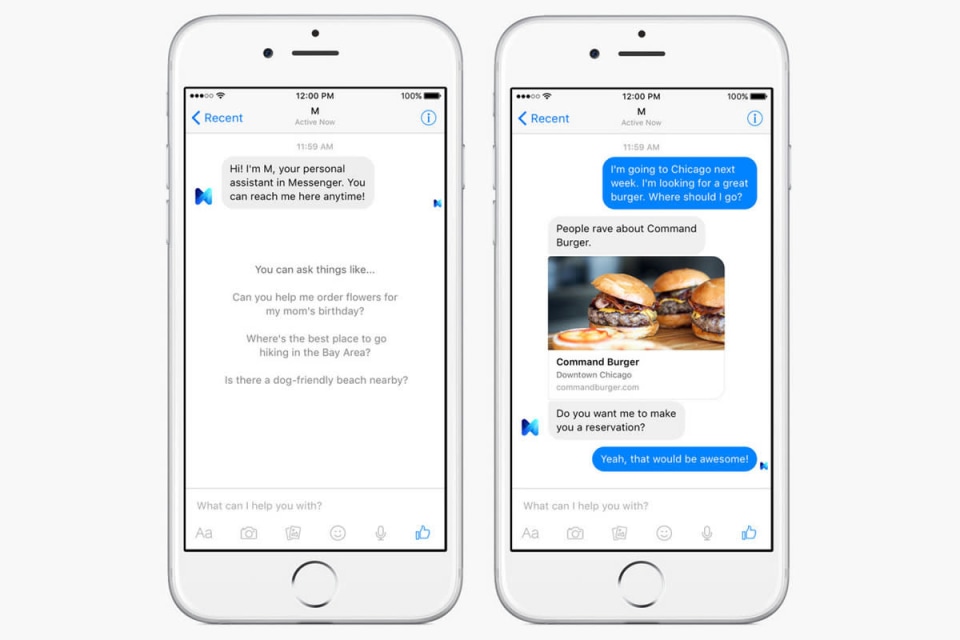 Facebook M is, or was, an artificially-intelligent AI that used human operatives to ensure that its recommendations were on point. "Was," at least, because the social network has revealed that its shutting down the platform on January 19th after two-and-a-half-years of operation. The news was confirmed to the Verge today, with Facebook saying that the project was an experiment that it learned a lot from. These insights will be used on other internal AI projects, while the human operatives will be found jobs elsewhere in the company. For everyone else, though, the technology powering M has been used in Facebook Messenger's M suggestions, and those will continue going forward.

M launched with some fanfare as a limited trial, only open to a handful of people in San Francisco's Bay Area initially. The idea was that the system would learn to respond to various queries and requests for assistance through messenger. And, over time, it would become sophisticated enough to become a more sophisticated assistant in the vein of Siri, Alexa or Assistant. Unfortunately, the concierge service that powered it was little more than a way of getting other people to make calls for you, and its utility was perpetually limited.

The fact that Facebook couldn't, or wouldn't, find reasons for folks to use its platform seemed likely to kill it stone dead. In addition, there are plenty of other human-run concierge services that charge a pretty penny to to a similar job. Running the service at, what we assume was a steep loss, was probably only worthwhile as a way of testing the waters and hoping that the AI would eventually take over. But since folks seemingly never embraced it, it had to die, so those beta testers in San Francisco have a few days left to get their fill.

"Today we shared with the people who have access to our M closed beta project, first announced in August 2015, that January 19th is the last day the service will be available. We launched this project to learn what people needed and expected of an assistant, and we learned a lot. We're taking these useful insights to power other AI projects at Facebook. We continue to be very pleased with the performance of M suggestions in Messenger, powered by our learnings from this experiment."

In this article: AI, Assistant, Concierge, Facebook, FacebookM, gear, internet, M
All products recommended by Engadget are selected by our editorial team, independent of our parent company. Some of our stories include affiliate links. If you buy something through one of these links, we may earn an affiliate commission.