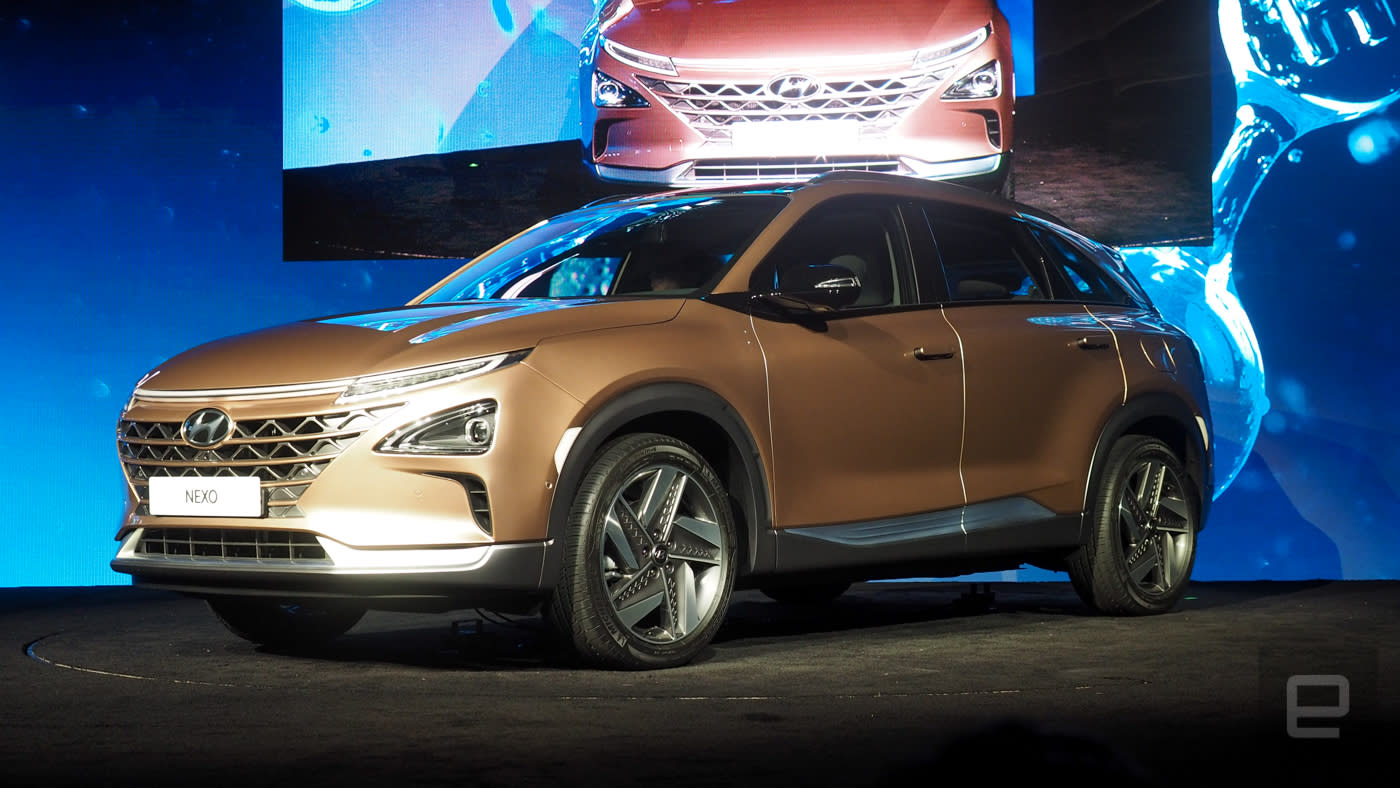 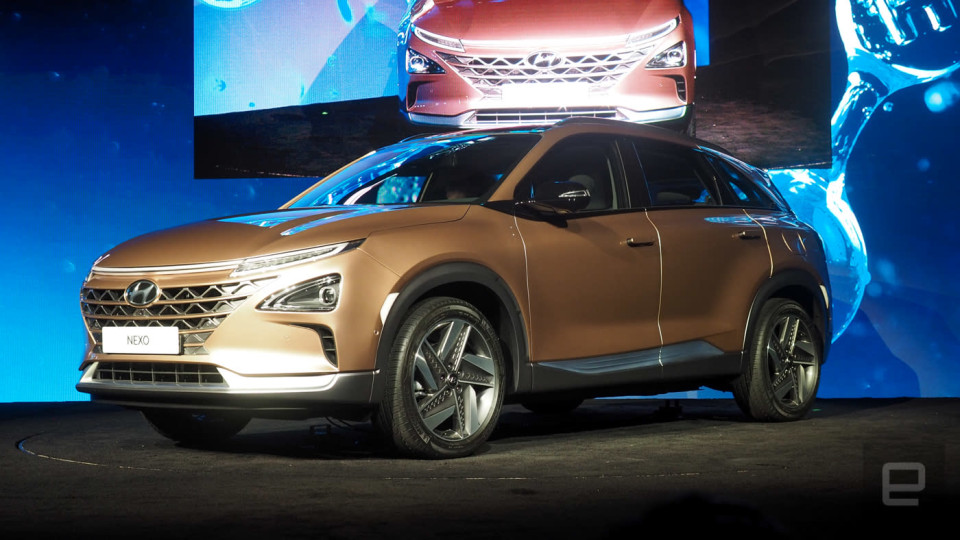 While electric cars and hybrids dominate the alternative vehicle headlines, automakers continue to hedge their bets with fuel cell vehicles. At CES, Hyundai unveiled its next offering, the Nexo fuel-cell SUV with a 350 mile range and a 55 MPGe rating. The new SUV will start arriving in California dealerships later this year. Currently Hyundai leases fuel cell Tucson SUVs to its customers in areas with enough infrastructure to refuel the water-spouting vehicles. The next gen FCEV (no actual name yet) is more efficient, can handle extreme heat and cold better, uses EV and hybrid components, and has its own dedicated platform instead of being shoved into something like the Tucson.

In addition to just emitting water, the interior of the car is made out of bio plasctics, bamboo and other environmentally friendly materials. Hyundai calls it its more eco-friendly vehicle.

Hyundai's Vice chairman and leader of R&D Woongchul Yang, announced that in a month the automaker will demonstrate a level 4 version of the Nexo in dense urban traffic. The automaker aleady has a level 4 EV Ioniq its been testing on public roads. It looks like going forward, any autonomous research the automaker does will be on an electrified platform.

Regardless of where the self-driving tech is placed, fuel cell powered electric vehicles do have one advantage over EVs; they can be refueled in about five minutes just like a gas-powered car. The issue is that the infrastructure to refuel one of these vehicles is lacking nationwide. There are hydrogen stations in large urban areas like San Francisco and Los Angeles with stations coming online in New England.

Meanwhile, EVs can be recharged via dedicated stations or at your home or office. Of course, that usually takes hours instead of minutes.

So automakers like Hyundai make sure that if a wide-scale fuel-cell infrastructure does materialize they're ready. It doesn't hurt that Hyundai made sure to make theirs an SUV considering that segment continues to grow while car sales have flattened. Sure be ready for the future, but also make sure people actually want the car.

In this article: ces2018, electriccar, EV, FuelCell, FuelCellVehicles, gadgetry, gadgets, gear, green, Hyundai, nexo, transportation
All products recommended by Engadget are selected by our editorial team, independent of our parent company. Some of our stories include affiliate links. If you buy something through one of these links, we may earn an affiliate commission.