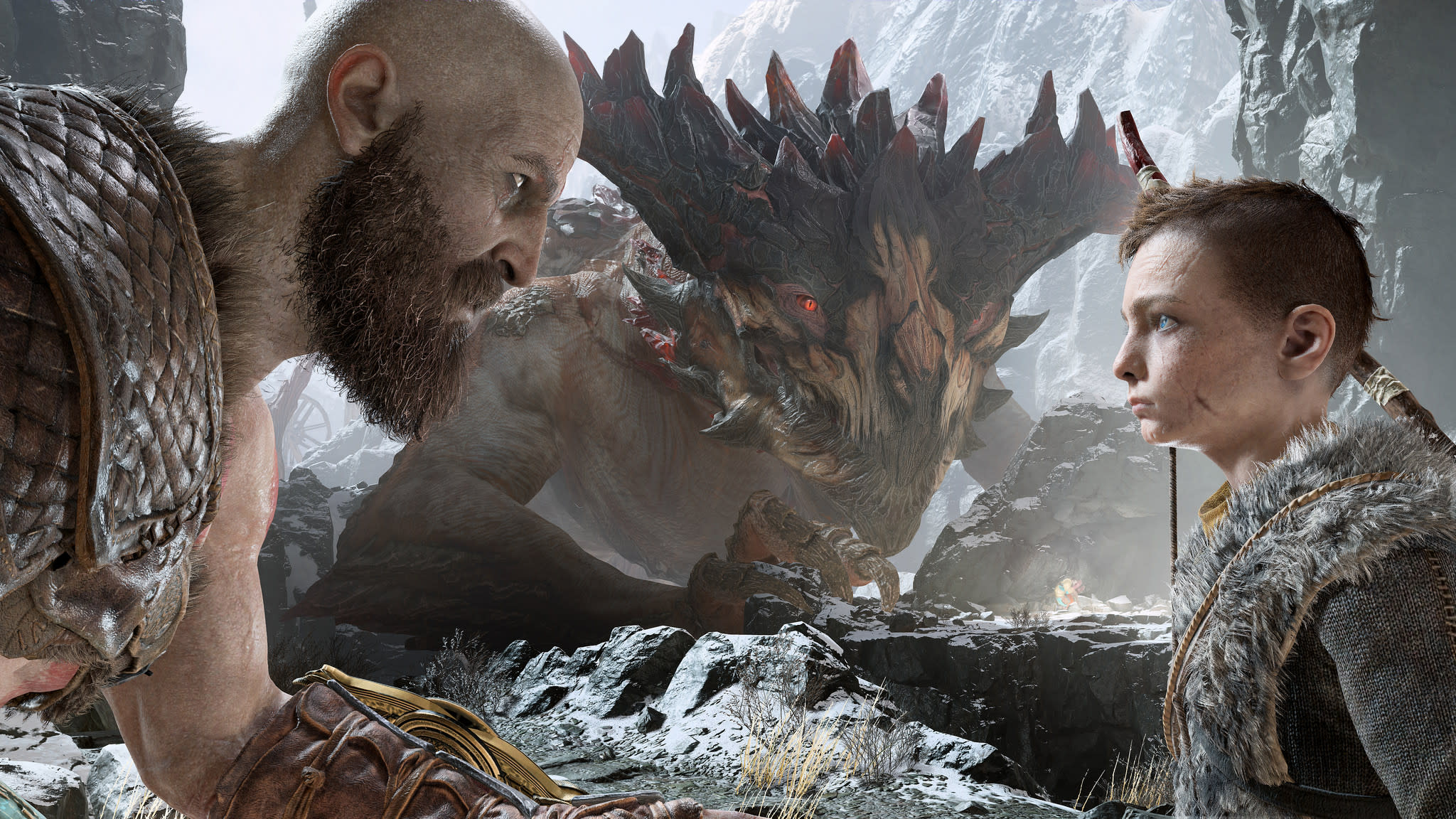 It's been nearly two years since Sony announced it would revitalize the God of War franchise, and now we finally know when Kratos' next adventure will arrive. The next game in the series, simply titled God of War, will be available on April 20th. To go along with the release date, Sony has also detailed some extremely lavish and expensive pre-order bundles and released a new trailer. The latter will likely be more exciting to fans, so let's start there, shall we?

The trailer gives us more detail about the game's plot than any preview we've seen thus far. As we already know, Kratos will be journeying through the world of Norse mythology with his son -- it seems that the pair are on a mission to bring the boy's mother's ashes to a far-off location as her last wish. But along the way, the fact that Kratos is a god (which also appears to make his son some sort of immortal being, as well) will cause some problems between the pair. The trailer features many quieter, character-driven moments than one might typically expect in a God of War game, but don't worry -- there are also teases of many giant monsters that should be a delight to take on.

As for pre-orders, Sony is selling a $130 collector's edition that includes the game, a steelbook case, a nine-inch statue of Kratos and son Atreus, two wooden figurine carvings, a cloth map and a lithograph. Naturally, there are in-game items, as well, including a shield, armor, a comic, artwork gallery and PS4 theme. If that's not enough, an elaborate $150 "Stone Mason" edition includes everything from the collector's edition plus four more physical artifacts from the game world. They look pretty lovely, but this is clearly only something for the true completist. Finally, for those who don't care about all the physical goodies, there's a $70 "digital deluxe" edition that includes all the digital content from the other editions; those who pre-order will also get an enamel pin mailed out to them.

You can also pre-order the standard, $60 game at most retailers now, if you don't need all these extras. Putting aside all the semi-crass marketing that unfortunately comes with every big game release, the trailer makes God of War look all that much more intriguing. If you were a fan of Kratos' earlier adventures but got a bit burnt out as Sony milked the franchise dry, this new game seems like it'll be a good place to get back on board.

In this article: av, gaming, godofwar, kratos, releasedate, sony
All products recommended by Engadget are selected by our editorial team, independent of our parent company. Some of our stories include affiliate links. If you buy something through one of these links, we may earn an affiliate commission.