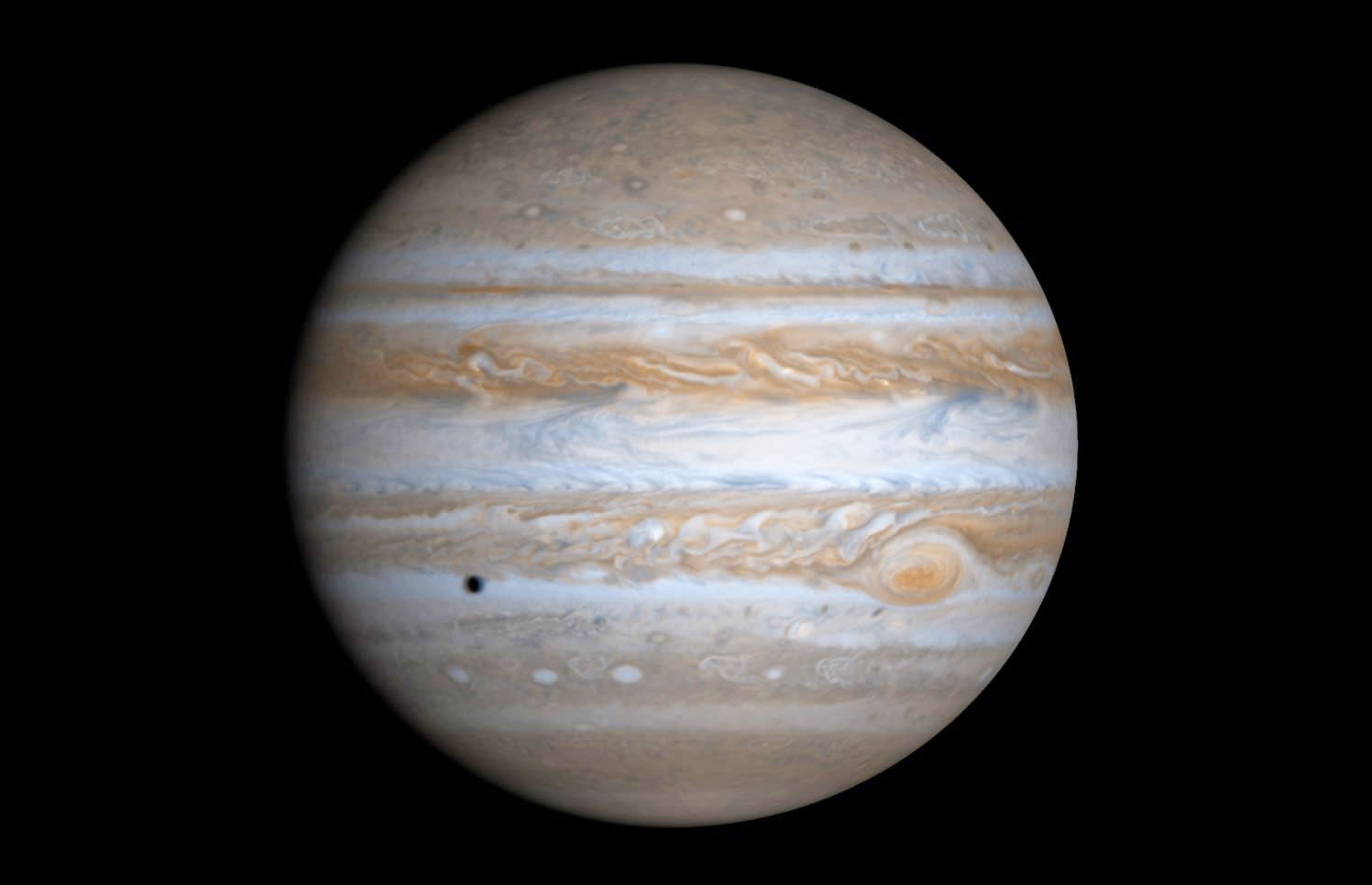 There have been quite a few discussions on what makes a planet (and what doesn't) in the past, the most famous of which resulted in the infamous demotion of Pluto from planet status. But now, there's some rumblings on the upper end of things. This week, Kevin Schlaufman published an article in The Astrophysical Journal proposing the maximum size something can be and still be considered a planet: between four and ten times the mass of Jupiter. Jupiter is, in turn, approximately 317 times as massive as Earth.

Schlaufman specifically narrows in on the difference between gas giants, like Jupiter or Saturn, and brown dwarfs. Brown dwarfs are, essentially, failed stars and occupy a strange in-between place in the hierarchy of planets and stellar objects. Brown dwarfs are more massive than your typical planet, but don't have quite enough mass to sustain the nuclear fusion of hydrogen in its core.

The problem is that there is murkiness in the definition of what actually is a very large planet versus a small star. Right now, the IAU (International Astronomical Union) definition for a star is that it has to be massive enough to ignite and sustain the process of nuclear fusion. This occurs in objects that are roughly 13 times the mass of Jupiter. Does this mean that everything smaller is a planet? That's the ambiguity that Schlaufman is attempting to address.

His solution, limiting planets to anything with a mass of ten times Jupiter's and under, derives from taking a close look at 146 solar systems. Basically, he found that gas giants virtually always orbit stars that are metal-rich (or, rich in elements heavier than helium that can help in planet formation). Brown dwarfs do not. Therefore, he aimed to discover the mass at which an object disregarded the metal content of the star it orbited. That magic number was between four and ten times Jupiter's mass.

It's certainly an interesting proposition, and the data-driven approach is appealing. Schlaufman notes that the ESA satellite Gaia, which launched in 2013 and aims to chart a three-dimensional map of our galaxy, will help support these findings in a large-scale way. It will be interesting to see what that five-year mission turns up, and to see whether scientists do, indeed, put a cap on the definition of a planet as a result.

In this article: jupiter, planet, space, tomorrow
All products recommended by Engadget are selected by our editorial team, independent of our parent company. Some of our stories include affiliate links. If you buy something through one of these links, we may earn an affiliate commission.