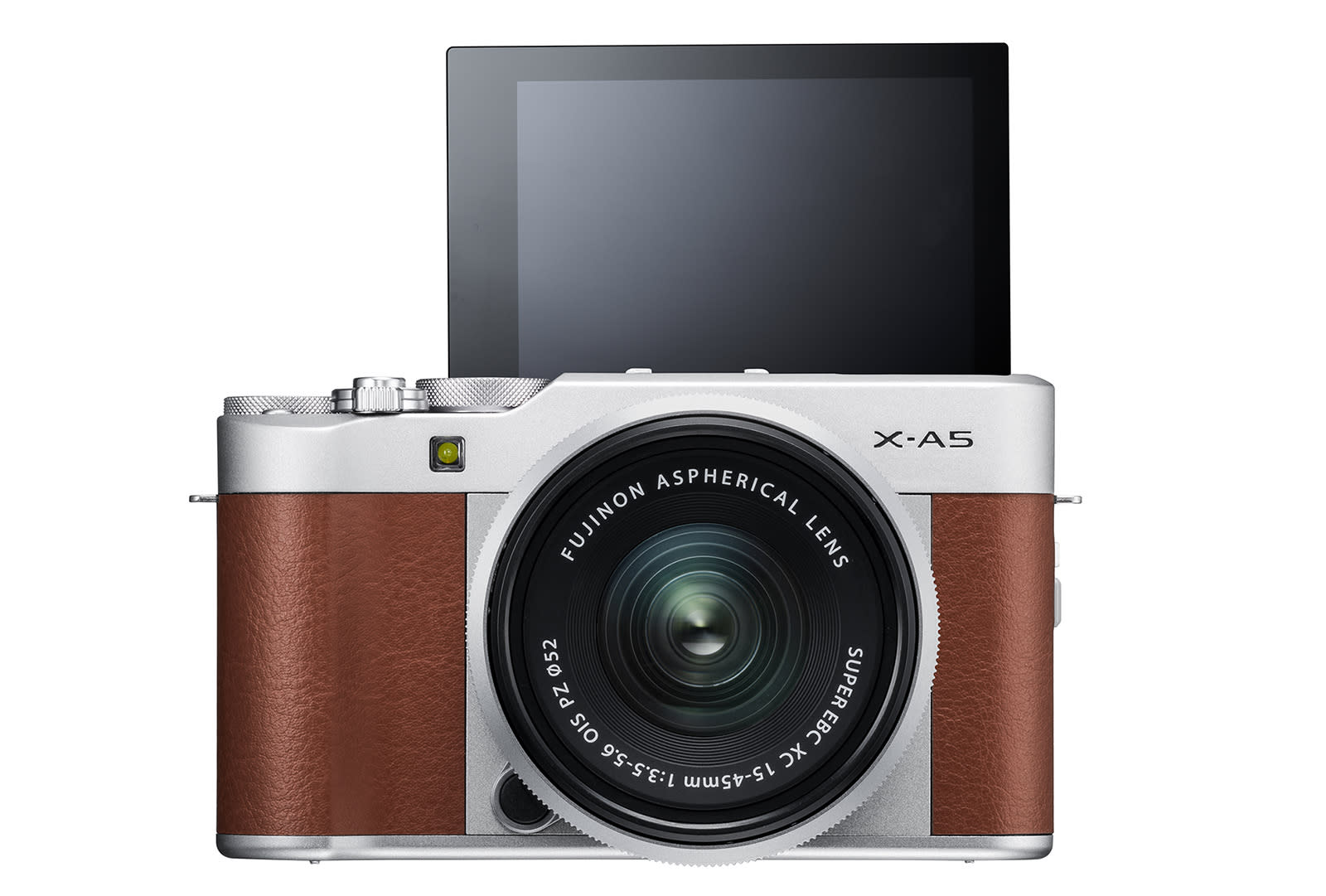 Fujifilm has improved its entry-level mirrorless camera lineup with the retro-styled X-A5, bringing faster autofocus, sort-of 4K video and a microphone input, of all things. The new model has a brand new 24.2-megapixel Bayer (not X-Trans) sensor with on-chip phase detection that makes autofocus up to twice as fast as its predecessor, the X-A3. Native ISO has also improved from 6,400 to 12,800, with a maximum range of 100-51,200 including expansion. The fully flippable display now allows touch focus, making selfies and video focus much easier.

On the video side, the X-A5 now offers 4K, but it's hobbled to 15 fps and five minute max, making it useful only for high-speed photo capture or Lytro-like variable focus shots. Fortunately, it does offer 1080p capture at up to 60 fps now, so with the addition of a 2.5mm microphone input and touch autofocus, the X-A5 has potential as a nice budget vlogging camera.

In this article: cameras, Entry-level, Fujfilm, FujifilmX-A5, gear, Mirrorless, X-A5
All products recommended by Engadget are selected by our editorial team, independent of our parent company. Some of our stories include affiliate links. If you buy something through one of these links, we may earn an affiliate commission.