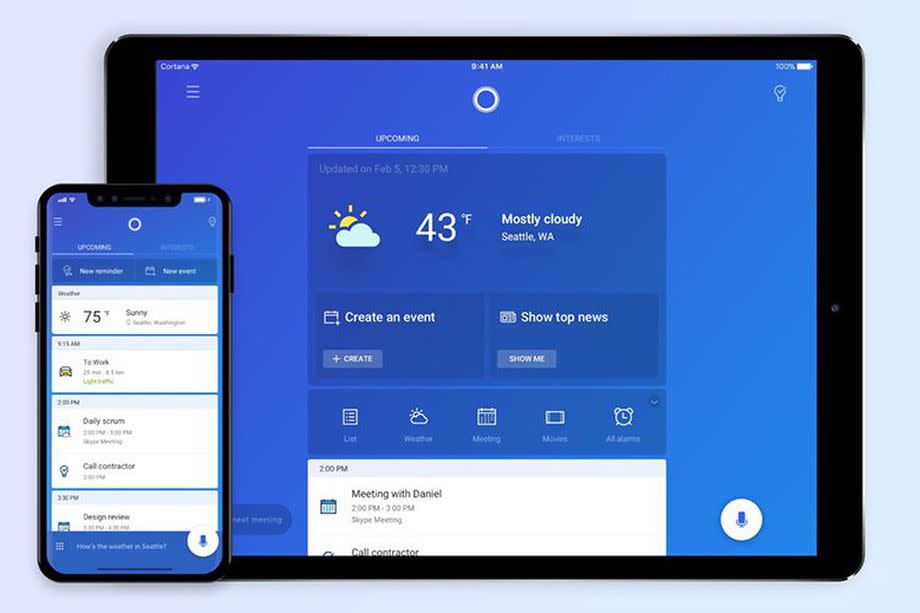 Microsoft updated its Cortana app and it now features native iPad support. The interface makes use of the bigger iPad screen, but otherwise it's largely similar to the iPhone version. The update, spotted by MacRumors, also notes that the app now opens 20 percent faster. "Introducing a brand-new Cortana for iPad design. Enjoy an exclusive layout and interface for your iPad," says the update release. "Cortana now launches 20 percent faster! Enjoy a lightning-fast experience."

This is the latest Microsoft update for iOS products. Last week, Microsoft introduced new features for its Office and OneDrive iOS apps that included the incorporation of Apple's new Files app and it announced that Edge for iPad is finally on the way. A preview version of the latter should drop this month.

In this article: apple, cortana, gadgetry, gadgets, gear, ipad, microsoft, mobile, services, update
All products recommended by Engadget are selected by our editorial team, independent of our parent company. Some of our stories include affiliate links. If you buy something through one of these links, we may earn an affiliate commission.