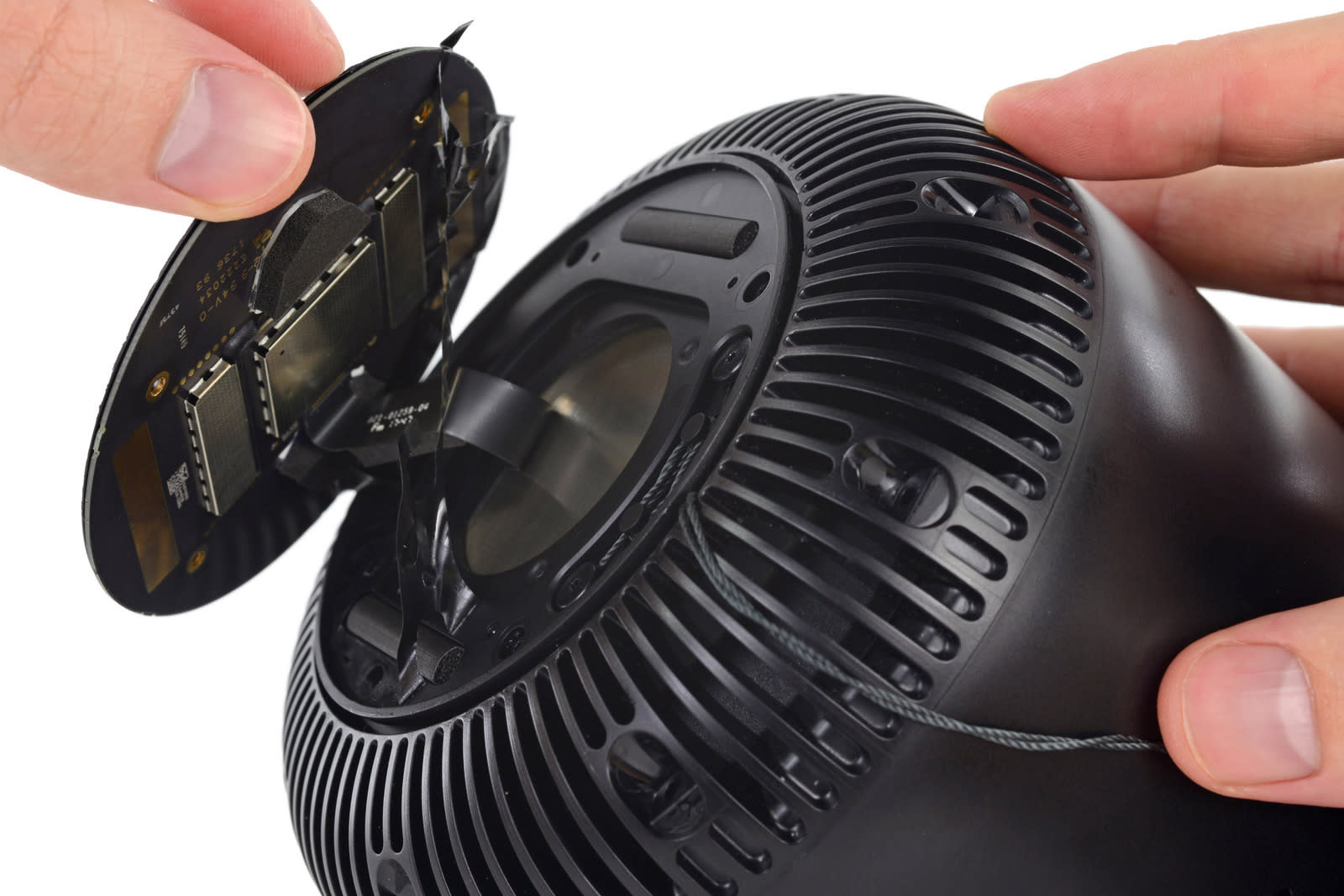 You may not like the thought of paying Apple a pretty penny to fix the HomePod, but you might have to -- it definitely isn't meant for DIY repairs. An iFixit teardown has revealed a clever design that makes good use of a tiny space, but is also nigh-on inaccessible. It appears that you can pull the fabric mesh off with a drawstring, but almost everything else requires tearing things apart. Many parts are glued on (including the top and bottom), and there's one seam so thoroughly sealed that iFixit needed a hacksaw and ultrasonic cutter to get in. If there's a non-destructive way to get in, it's not obvious.

The upshot: there are plenty of interesting design decisions. Apple uses conductive screw posts to transfer power across the speaker instead of messy wires. And since it didn't have room for a large-diameter cone in the woofer to help pump out bass, it relied on a deeper-travel voice coil with a large magnet. A microphone inside the speaker calibrates the woofer to prevent it from overpowering other frequencies.

There's also a hidden proprietary port at the bottom, although that's likely used to program the HomePod at the factory.

The findings are unfortunate news if you're the sort who's comfortable with repairing a speaker when it breaks. With that in mind, it's clear that Apple doesn't think you should have to. It's a stationary device with no external moving parts, and iFixit adds that it's "built like a tank." It's not going to rattle itself apart. If it does break, though, you effectively end up with a paperweight that may need to be replaced outright.

In this article: apple, av, gear, homepod, ifixit, repair, smartspeaker, speaker, teardown
All products recommended by Engadget are selected by our editorial team, independent of our parent company. Some of our stories include affiliate links. If you buy something through one of these links, we may earn an affiliate commission.