Autonomous features in commercially available drones are nothing new. Heck, I'm old enough to remember when DJI Phantoms didn't even offer follow-along technology. Shorter version: Most every drone worth its rotors possesses some level of autonomy. But then there's Skydio's R1, which ratchets things up a notch. Or two.

The R1 isn't so much a drone as it is a flying, self-positioning action camera. It's sole purpose is to record the person it's following. Built by a team of former-MIT engineers, the R1 relies on the 13 cameras studded throughout its exterior to see the world around it and the same NVIDIA Jetson chip used in self-driving vehicles as a processing hub to navigate. 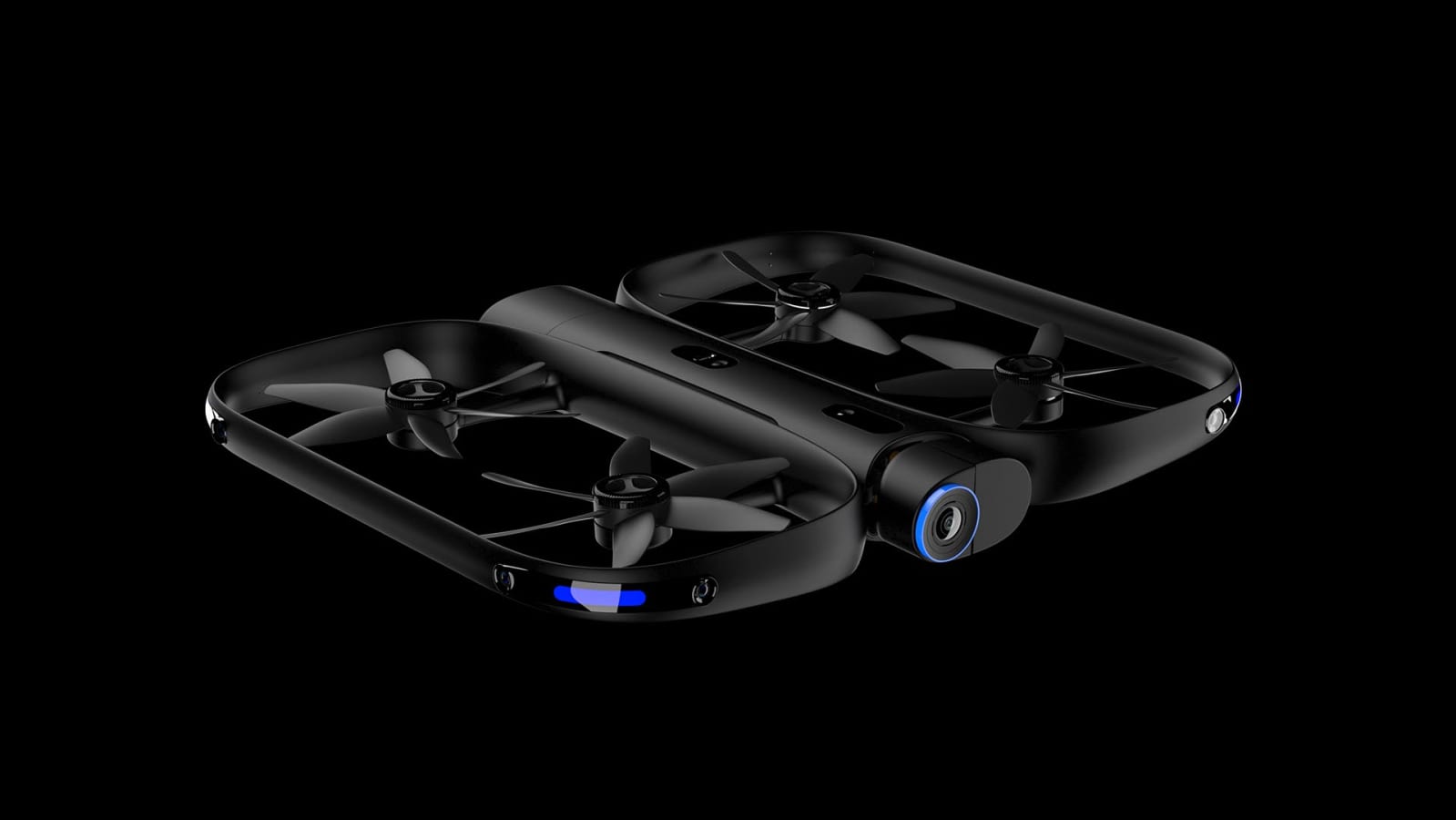 And good lordy, can it navigate. Ok so, you know how the Phantom 4 has obstacle avoidance tech? It's where the drone, upon sensing that it will strike a low-hanging branch or phone pole, will stop following its target and hover a safe distance from the obstruction. The R1, however, does not care. During a recent demo in San Francisco's Jefferson Square Park, the R1 easily dodged trees, power lines and more than a few curious dogs while keeping its camera trained on me.

What's more, having the drone track me -- either following, leading or steadily circling -- did not require that I have my phone in my hands or even out of my pocket. The R1 is purpose-built for autonomous flight, and I can't overstate this. You literally launch the app, launch the drone (either from the ground or from your hand), pick what filming behavior you want the drone to exhibit and go about your business. Most drones have autonomous features to supplement their manned flight. The R1 offers manual controls for the R1 almost as an afterthought -- because the autonomy is that good.

The R1 uses its cameras, rather than GPS, to generate navigational information in real time. This enables it to make quicker decisions (i.e. fly faster) as well as be able to operate indoors. DJI had already made a number of advancements in this space already, however, the company's Active Track technology does still require a GPS signal -- making tracking and avoidance at the same time a more cautious affair.

Navigating by sight alone is a huge deal and not a trick many UAVs are capable of achieving -- not at this speed and responsiveness, at least. What's more, the R1 can top 20 mph. That's slower than most of DJI's drones, but fast enough to keep up with runners and bikers.

The R1 does have other drawbacks. For one, its battery life is around 16 minutes. That's only enough recording time for one, maybe two, trips down the trail before you have to hot swap its battery packs. There's also the issue of its 64GB of onboard storage, which is not expandable. Granted, you'll likely run through your supply of batteries before your supply of storage, but the R1's 4K primary camera is no slouch when it comes to consuming memory. Also, the system doesn't work over water. The AI can't figure out how to navigate the constantly shifting features of lake surfaces, and the drone itself is not waterproof.

There's also the product's price. You can pick up a DJI Phantom 4 Pro from Best Buy, right now, for $1,500. If you want something with more of an action-sport focus, there's the AirDog II for $1,299. If you want an R1, however, you'd better sell that superfluous kidney of yours because this drone will set you back a solid $2,500.

That said, if you have the ways and means or just wealthy, gullible parents, this is the selfie drone you want. It works with both Android and iOS and you can pull content either from the onboard hard drive or just chop and share a quick video from the mobile app. Best of all, it will follow you to the ends of the earth (assuming they're a 16-minute trip away).