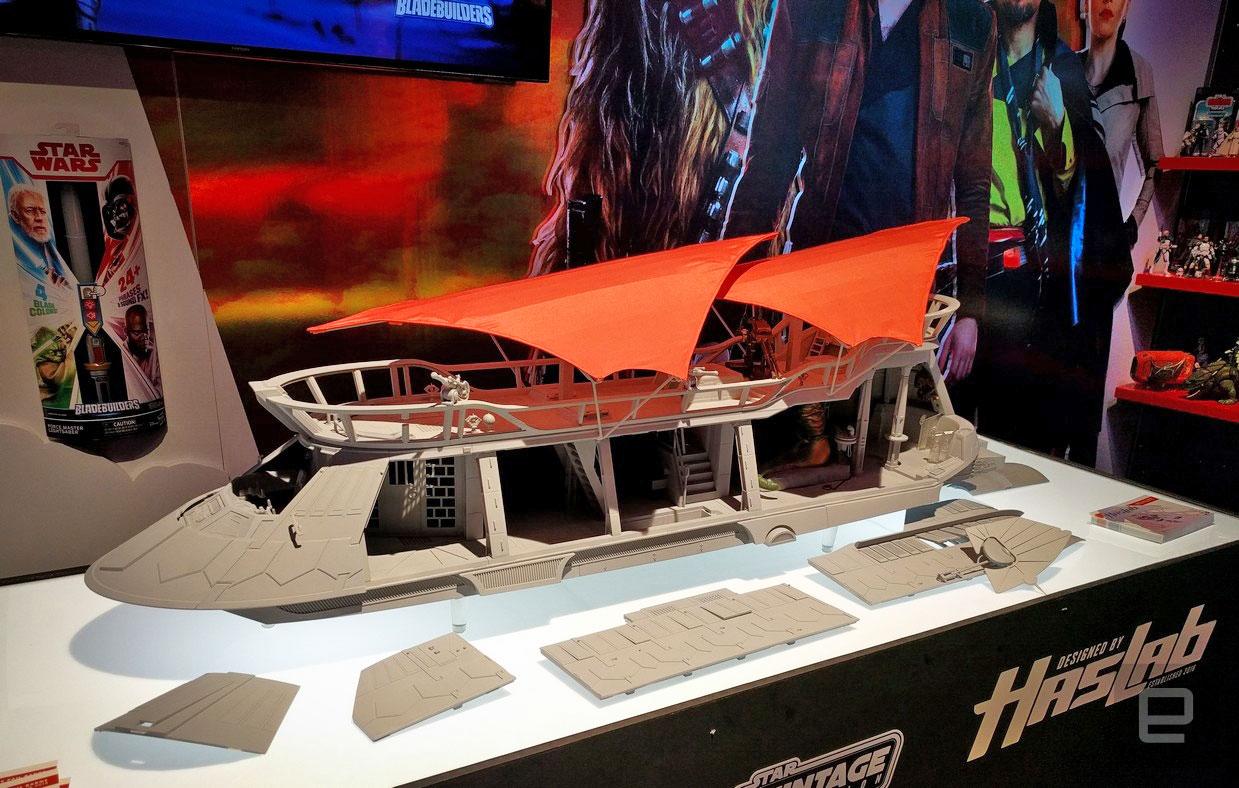 At this year's Toy Fair in New York, Hasbro announced HasLab, a new program that aims to bring to life special creations like a massive, four-foot long recreation of Jabba the Hutt's sail barge. The company is taking inspiration from platforms like Kickstarter and Indiegogo, too: In order for the barge to become a real for-sale production item, Hasbro wants to gather 5,000 $499 pre-orders by midnight on April 3rd.

If the project reaches its funding goal, Jabba's Sail Barge (or The Khetanna if you're a Star Wars geek) will come with a 64-page booklet with behind-the-scenes details, set photos, interviews and blueprints of the actual set piece in the film as well as production information on the toy. The barge also comes with a 3.75-inch scale Jabba the Hutt and soft cloth sails for the top of the sand boat.

The barge itself is on display to media at the toy fair and looks even bigger than that GI Joe aircraft carrier that came out a while back. It's incredibly detailed, too, with a tiny Ithorian (Hammerhead) skeleton in the jail. Hasbro has a few renderings you can check out to see all the little details. While the program is currently only for Star Wars-themed toys at this point, there are possible plans for other brands to make the cut, like My Little Pony or Transformers. LEGO Ideas does something similar, too, producing fan-led toys like a Minecraft set and Women of NASA. These aren't funding campaigns, really; mostly, larger companies like LEGO and Hasbro use them as promotional platforms and as a way to gauge interest.

In this article: design, entertainment, gear, hasbro, HASLAB, jabbathehutt, LEGO, sailbarge, starwars, thekhetanna, toyfair, toyfair2018
All products recommended by Engadget are selected by our editorial team, independent of our parent company. Some of our stories include affiliate links. If you buy something through one of these links, we may earn an affiliate commission.