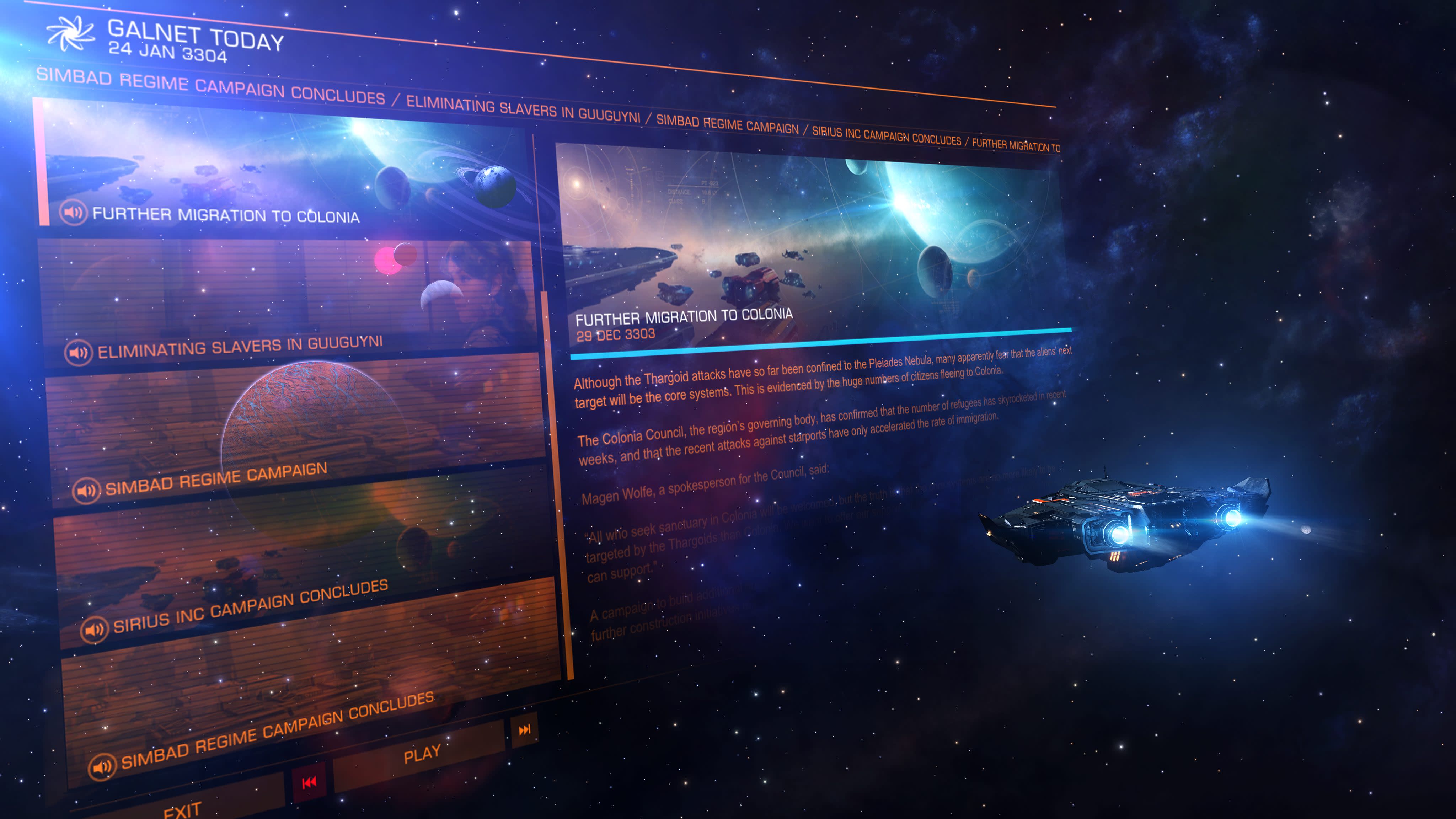 If you've been eagerly waiting for the third season of Elite Dangerous, your time has almost come. Today, Frontier Developments announced that the first chapter of the new season of the space MMORPG, called Beyond, will arrive on PC, PS4 and Xbox One on February 27th. The company also released a trailer for the third season, which you can see below.

Beyond will be free for all Elite Dangerous players and will incorporate core gameplay changes based on user feedback. The overhaul includes a redesigned response to and consequences for criminal activities, the introduction of GalNet Audio to allow news updates without leaving the game's action, increased chances to acquire tech based on personal narrative and the inclusion of a trade data overlay to help increase the profitability of trading. The developers have also overhauled the mission rewards system.

In this article: av, elitedangerous, frontierdevelopments, gaming, mmorpg
All products recommended by Engadget are selected by our editorial team, independent of our parent company. Some of our stories include affiliate links. If you buy something through one of these links, we may earn an affiliate commission.