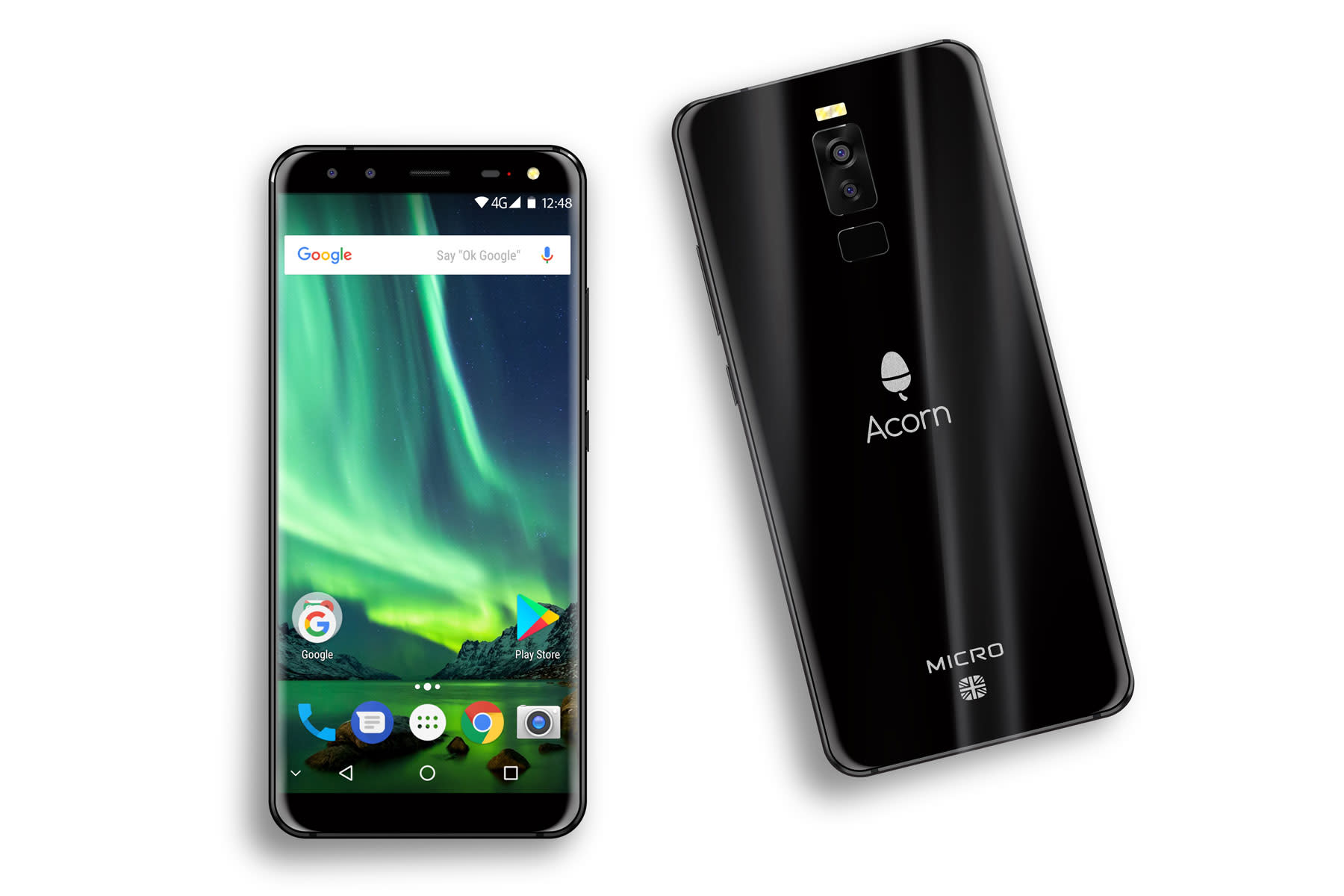 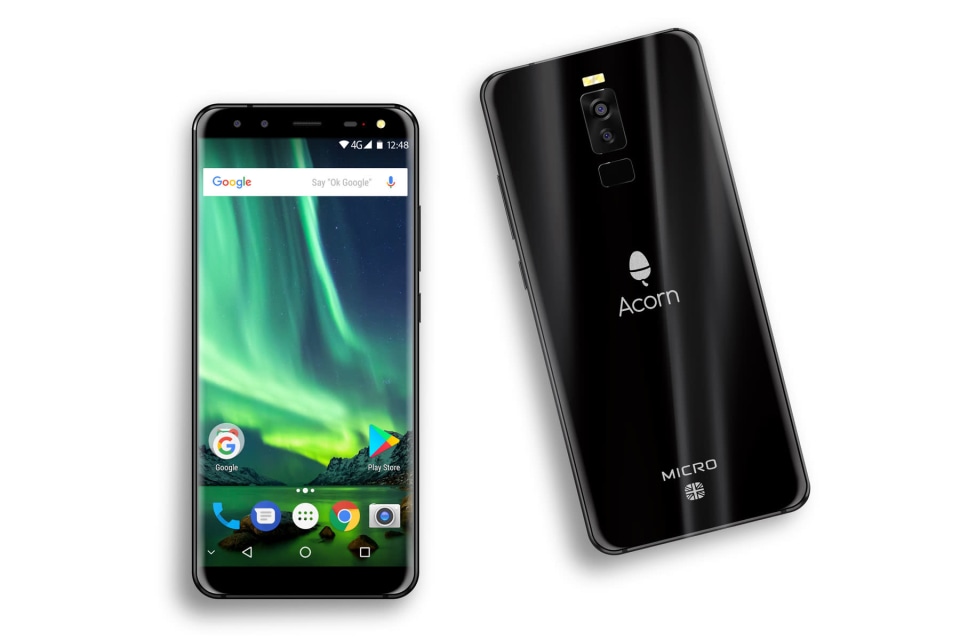 Acorn, the British computer company that dominated the market in the late '70s has been revived, once again. This time out, the outfit is pushing its own smartphone, the Acorn Micro Phone C5, which appears to be a rebadged Leagoo S8. Should you want that device, albeit with the Acorn logo and a little union flag symbol on the base, then you can throw some cash at Indiegogo. Backers will need to spend between £90 ($125) and £150 ($210) to snag the handset, assuming the company hits its target of £450,000 ($628,456).

The handset itself looks an awful lot like the Leagoo S8 you can pick up on AliExpress now for around $140. It's packing an octa-core MediaTek MT7650T paired with 3GB RAM, 32GB storage and four cameras -- two up front, and two 'round back. Nestled beneath the primary lenses is a fingerprint scanner, while up front is a 5.72-inch 1,440 x 720 18:9 display. In order to differentiate itself from other OEM handsets, the C5 comes with some retro software touches, including a keyboard that mirrors that from the original Acorns.

Britons of a certain age are likely to have used a BBC Micro, an education-focused machine created by Acorn Computer, as their first computer. The British company spent the late '70s and early '80s locked in a battle for computing dominance that would see it becoming a household name. Like the rest of the industry, it faced bankruptcy and ruin during the 1984 downturn that saw Apple go to the sword and Atari go under.

Acorn was, at the time, looking to develop its own chip architecture, the Acorn RISC Machine, better known these days as ARM. The spin off, co-owned by Acorn, Apple and VLSI, would belatedly becoming king of the mobile world, providing pretty much every phone with its brain. The company first collapsed in 2000, after its remaining divisions, since bought and sold several times, were shut down.

Subsequently, the name was purchased by a French reseller that used it to sell IBM-compatible PCs and accessories, including external hard drives. It, too, collapsed in December 2009, leading to the brand being revived a third time in 2015. This time around, the brand has been purchased by Sam Goult, co-founder of British tablet brand MyGo.

Sadly, Acorn has become one of a small number of brands that are now bought and sold in the hope of juicing some recognition from nostalgic buyers. Kodak, Polaroid, Atari and plenty of others now exist as names you kinda/sorta remember attached to products you don't remember them making before.

In this article: Acorn, gear, LeagooS8, MicroPhoneC5, mobile, MWC2018, Smartphone
All products recommended by Engadget are selected by our editorial team, independent of our parent company. Some of our stories include affiliate links. If you buy something through one of these links, we may earn an affiliate commission.